Political Parties have to be prepared to lose votes to protect the environment, the Nationalist Party's General Convention heard this evening.

Speaking during a panel discussion on the environment, academic and opinion writer Antoine Vella said parties would have to breakaway from "the race for votes" to develop environmental policies.

"We as a country cannot continue to see parties as something to approach with a wish list," Mr Vella said. 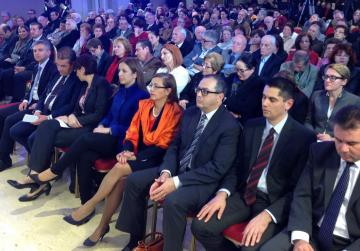 The PN's 2016 convention, entitled Idea Ambjent, will stretch through to Sunday and focuses on developing the party's vision for the environment.

The panel discussion included MaltaToday assistant editor Jurgen Balzan who urged the PN to make clear commitments on the environment. He said the party should say where it stood on the Mepa demerger, on the future of development boundaries and other key issues.

"The test for a party is when it is in government. When it has to make good on the commitments it made in Opposition," he said. 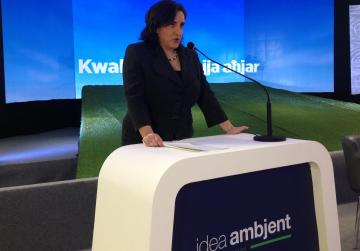 The Malta Independent on Sunday editor David Lindsay raised concerns that if action was not taken to change successive governments' approach to the environment, then the island would find itself in the same situation in decades to come.

In a closing statement, Mr Balzan said the sins of the past should not stop parties from changing their position for a better environment. However, personnel who had been responsible for poor decisions in the past needed to be changed.

Architect Simone Vella Lenicker, who was chosen to lead the convention, asked the gathering to be open to new solutions to the environment.