Work on the restoration of an ancient funerary chapel that formed part of the Lazzaretto quarantine hospital in Manoel Island is nearing completion.

Work is also in an advanced stage on another section of the complex where livestock used to be kept in quarantine.

The Lazzaretto started being built almost a century before Grandmaster Manoel Vilhena personally financed the construction of the fine baroque fort which today bears his name.

Under British rule the Lazzaretto isolation buildings were extended, making them amongst the best-appointed quarantine barracks in the British Empire. The strict quarantine measures dictated that even after death, the deceased had to be buried on the grounds, leading to the creation of cemeteries. One of these was furnished with a funerary chapel dedicated to St George.

Restoration works on the small chapel began a year ago and have been almost completed.

During the restoration process, two fragmented but original tombstones were found strewn inside the chapel. These will be restored and mounted within. 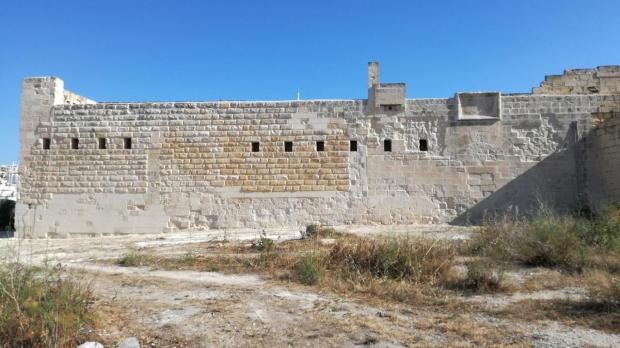 Midi explained that the association with quarantine activity did not stop with people but also extended to animals.

Lazzaretto included quarters for travellers, crew and even livestock. A building was erected specifically for this purpose. It became known as Il-Bovile and later the cattle shed. During British rule it was used for storage but for the past 40 years the cattle shed has stood abandoned, exposed and vulnerable to the elements and vandalism.

After a year of research and restoration, the first phase for the site has been almost completed.