Some passengers arriving from 'dark-red zone' are being forced to share rooms with others for the 14-day quarantine period, while paying €1,400 for the pleasure, a resident has claimed.

The Indian resident, says his wife was told this is happening due to limited hotel bed space.

He has written to prime minister Robert Abela to draw attention to the way passengers arriving from countries deemed as high-risk COVID-19 countries are facing chaos and “looting”.

He said passengers arriving from so-called dark-red countries were on Friday herded into a cramped waiting area with no social distancing.

People returning from such countries are forced to carry out a mandatory 14-day quarantine period in a hotel designated by the government.

The man said his wife was made to wait at the airport for three-and-a-half hours without access to water facilities or a washroom, until a van turned up to take passengers to the quarantine hotel.

His wife’s ordeal did not end upon arrival at the Sliema hotel.

In his e-mail to the prime minister, and copied in to Times of Malta, he says that she was made to wait a further 45 minutes until rooms were assigned.

“As the hotels were running out of rooms, just to get rid of all passengers, the staff at the airport were forcing all the passengers who were travelling alone to share rooms for 14 days, which is unfair to think of especially when someone is paying out of their own pockets.” 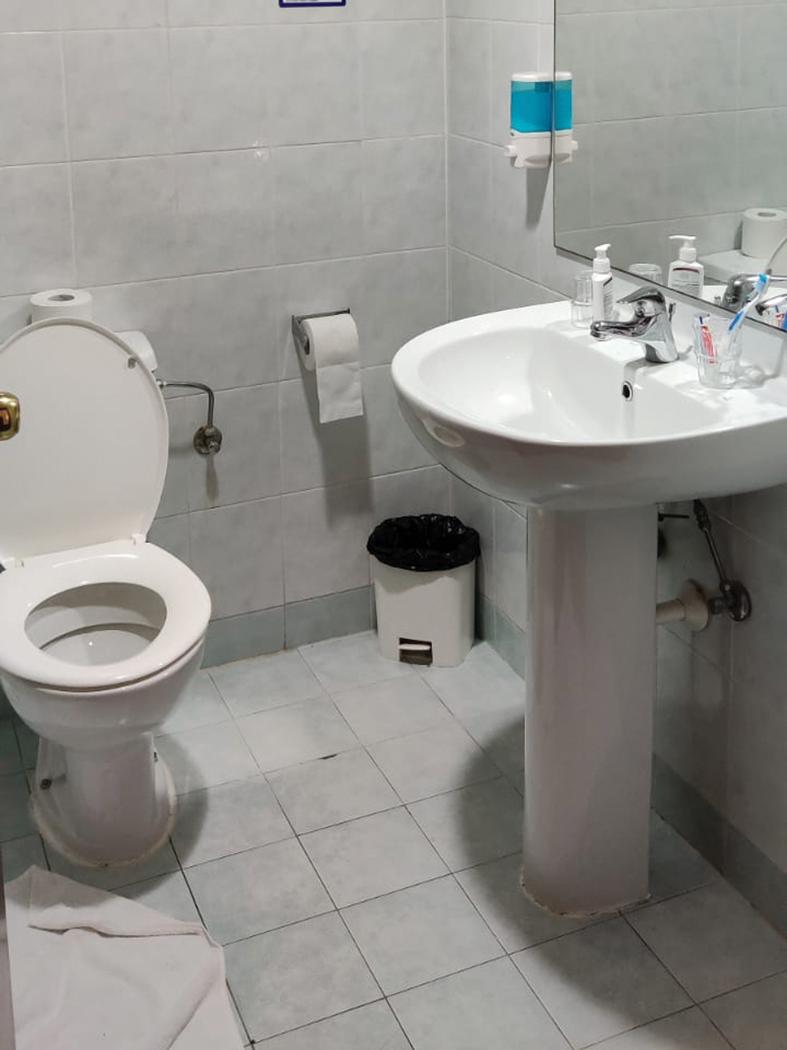 Upon questioning, passengers at the airport were reportedly told hotel quarantine was mandatory or else passengers “will be asked to go back, hence please share rooms”.

As if paying €1,400 to stay in the hotel was not enough, he said his wife was charged an additional €100 to cover her eventual 8pm checkout at the end of the 14 days.

His wife was also charged €120 for the rapid PCR test to detect if she was COVID-19 positive.

Making it to her room would prove to be little relief for the women, the standards within the three-star hotel were barely worth paying €20 per night for.

“Her room is facing towards a block of apartments and she does not even have basic facilities.

“There is no phone to call the reception, no dental kit.”

He urged the prime minister and health authorities to look into the bad treatment and “looting” of travellers from dark-red countries.

The health authorities did not respond to a request for comment from Times of Malta.