Patrick Dalli submitted new plans for his controversial Żejtun farmhouse during the last planning authority hearing on his application to sanction illegalities but the promise of sale agreement is still not public. 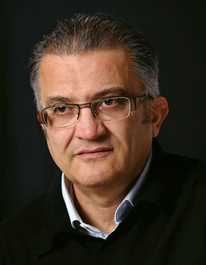 In the new plans, the husband of Equal Opportunities Minister Helena Dalli argued that his development was justified based on a 1994 law, according to property buyer Jason Desira.

Mr Desira told Times of Malta that a 1994 law allowed the amalgamation of existing rooms. The plans submitted aimed to support Mr Dalli’s claim that the new building was less than the original rooms together. They also show the original development permit was breached.

In the meantime, the promise of sale has still not been released.

On December 1, Mr Dalli called Times of Malta “liars” on Facebook after it reported that he refused to publish the promise of sale agreement on the house.

Since then, this newspaper has been chasing him for it. On Thursday, he replied he had given it to his lawyer “to hand over to The Times”. Yesterday, the newspaper sent a text message to his lawyer and called him 11 times but he was unavailable.

More on Times of Malta and the e-paper on timesofmalta.com Premium.