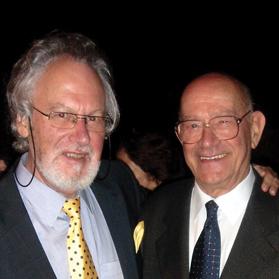 With the passing of Paul Asciak, Malta has lost one of its most outstanding artistic personalities. Apart from his musical qualities, Paul was the finest of gentlemen, always elegant and exuding a charming personality. I personally remain eternally grateful for his having enriched my life with his art, tutorship and most of all his loving friendship. He was indeed a personality who did our island proud.

Paul was the first tenor I ever heard in a live performance. When he took the stage, the sheer sound astounded me. From then on I was hooked on to tenors. I consider myself also lucky to have had the privilege of attending many of his live performances, outstanding among which was his heroic interpretation of Otello at a 1960 Argotti Gardens performance.

However, it was in the early 1970s, some 10 years after his retirement from an all too short meteoric career and his return to Malta to dedicate himself to his family that our friendship was initiated. Over the successive five decades, we frequently met to discuss our personal tenor preferences. His penchant was always for singers utilising a correct vocal technique and those who “sang with their interest and not their capital”.

I remain particularly pleased to have initiated the procedures to preserve Asciak’s voice on record, having encouraged and pushed him to retrieve his original reel-to-reel tapes of ‘live’ performances. Originally transferred to a two-CD set and subsequently remastered and internationally reissued on the Michael Storrs Music album MSM0009, Asciak’s singing was favourably reviewed in the UK Opera Magazine and was also shortlisted for an American Grammy Award in the historical section.

Asciak’s voice in these ‘off-stage’ recordings rings through with a sun-washed Mediterranean exuberance, providing a lasting testament of his singing style, evidence that his lirico-spinto voice was one possessed with a fiery and brazen trait, always virile and burnished in sound.

If the CD provides an Asciak aural testament, in literary terms it is the book penned by Sue Brown Small Island, Great Riches that provides an in-depth overview of his whole life.

After his highly successful career, which started late and regretfully ended early, Paul still practised a full life. Yet it was in his even later years that he was to find new forms of fulfilment. After a period marred by the loss of his daughter Marion and wife Rina, in 1994 a young Joseph Calleja was brought over to him for evaluation.

Paul was immediately convinced he had a star in hand… and how right he was! The rest, of course, is history. Calleja’s light vibrato, vocal shading and impeccable phrasing are due to Paul’s tutorage; the beauty of tone and quality of voice... a gift from God. Paul’s other great gift in his late life was his marriage to Bice, a formidable and supportive woman who gave Paul a well-deserved new lease of life in his twilight years.

Now regretfully it is Ora è per sempre addio… gone but definitely never to be forgotten. My condolences go to his dear wife Bice, his children, grandchildren and their families.