Updated at 11.45am with Ms Appelgren's comments

In a comment later in the morning, Ms Appelgren quoted Daphne Caruana Galizia.

"'There are crooks everywhere you look now. The situation is desperate." This will summarise the end of my journey online for now," she told Times of Malta.

"My fight continues. I’m still on the ballot as an MEP candidate".

Ms Appelgren has been one of the campaign's most active candidates on social media, having built up a following on Facebook by actively promoting litter clean-ups. She has eschewed advertising, instead focusing on social media posts to disseminate her message.

The sudden disappearance of her pages follows controversy over the PD's position on abortion.

On Tuesday, Times of Malta reported that both the PN and the PD had signed a pledge to bring forward amendments to entrench an abortion ban in the Constitution by the end of the year. 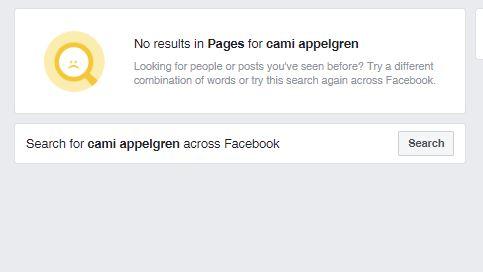 Ms Appelgren subsequently wrote on Facebook that she had not agreed with the declaration, saying it had been drafted by “patriarchal fundamentalists". She said she was “pro-prevention” of abortion and disagreed with a blanket ban.

Multiple members of the party later took to social media to announce they were not in agreement with the pledge, which had been signed "conditionally" by party leader Godfrey Farrugia.

Over the ensuing hours, party founder Marlene Farrugia, party deputy leader Timothy Alden and the party's former leader Anthony Buttigieg all had their say on the issue.

All emphasised that the party did not require its members to fall into line and welcomed a variety of perspectives.

Ms Appelgren bore the brunt of many social media attacks following her comments, which appeared to upset people on both sides of the issue.

Anti-abortion activists criticised her reluctance to agree with a blanket ban on abortion, while some pro-choice supporters questioned why she was part of a party that was willing to sign such a pledge.

Her Facebook silence comes days before Malta goes to the polls for the upcoming European Parliament and local council elections.

PD MP and founder Marlene Farrugia also took down a Facebook post she had uploaded about the matter.