Photographs of a pencil-thin development in Gozo have gone viral on social media, with many incredulous that permits were granted for its building.

The three-storey building in Għajnsielem rises above its neighbours and appears to be the width of an average door.

It's been dubbed "coffin court", "the wedge" and an "extension fit for a Chihuahua".

However an aerial image of the area reveals it widens out into a larger property at the rear, where a larger main entrance is situated. 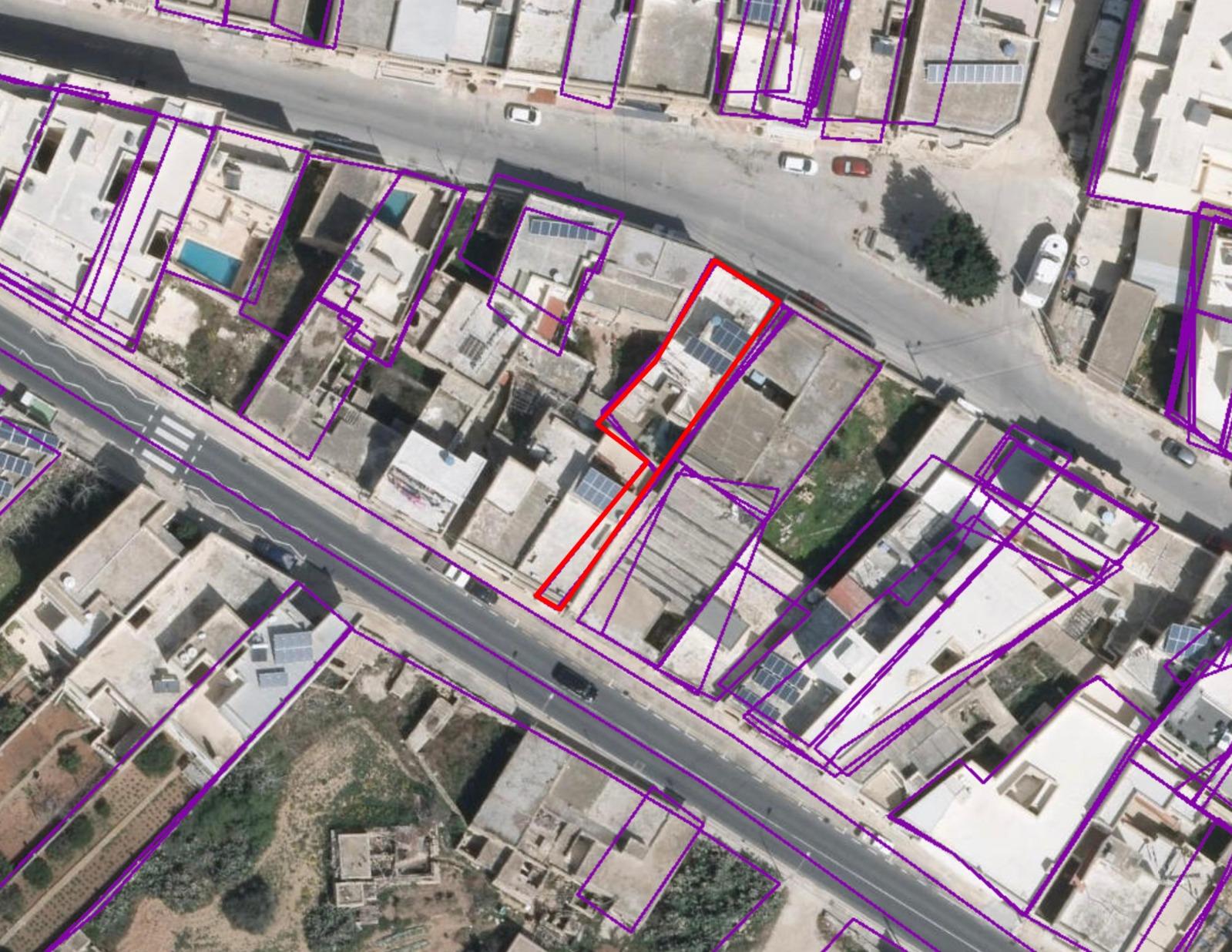 The building, marked in red, consists of a normal sized block leading with a corridor to a very narrow back end.

The development is the latest focus amid concern about overdevelopment on Malta's sister island, with environmental NGOs warning that it is threatening to destroy the island’s beauty.

Newly established NGO Għawdix said the building was just one example of the type of development worrying Gozitans.

“We are witnessing the uglification of Gozo - a process enabled by the current legal and administrative frameworks,” spokesman Francesco Grech said.

He stressed that meaningful action on outdated policies needed to be taken.

The NGO had come into being, Grech said, to address Gozitans’ concerns for these type of developments and how they would be impacting Gozitans’ quality of life.

NGO Din L-Art Helwa recently also announced it is setting up a Gozo branch in an attempt to protect Gozo from the overdevelopment they say has ruined Malta.