The owner of a traditional haunt in Mqabba, once his father’s, describes his and his customers’ relief as bars everywhere opened their doors after several months of closure

Early on Monday morning, as the church bells pealed, half-forgotten but familiar sounds started returning to the village square in Mqabba.

Keys turning in creaky locks, chairs being dragged and placed outside and, then, the clink of coffee cups and the metallic twang of bottle caps and beer cans being pulled open at the bar.

With the reopening of bars, so returned the gathering of people in the nooks and crannies of villages, with patrons eager to return to their old haunts after an almost eight-month absence.

Bars and clubs have been shuttered since late October after a new wave of COVID-19 infections swept across the island. Barkeepers have been both patient and vocal about their hardships, many fearing the demise of their business as the closure of bars kept being extended month after month.

One such bar owner is Antoine Farrugia, who, together with his sister, Silvana, runs the New Life Bar, in Mqabba, a family business they inherited after their father, Gaetano, passed away at 81 a year and a half ago. 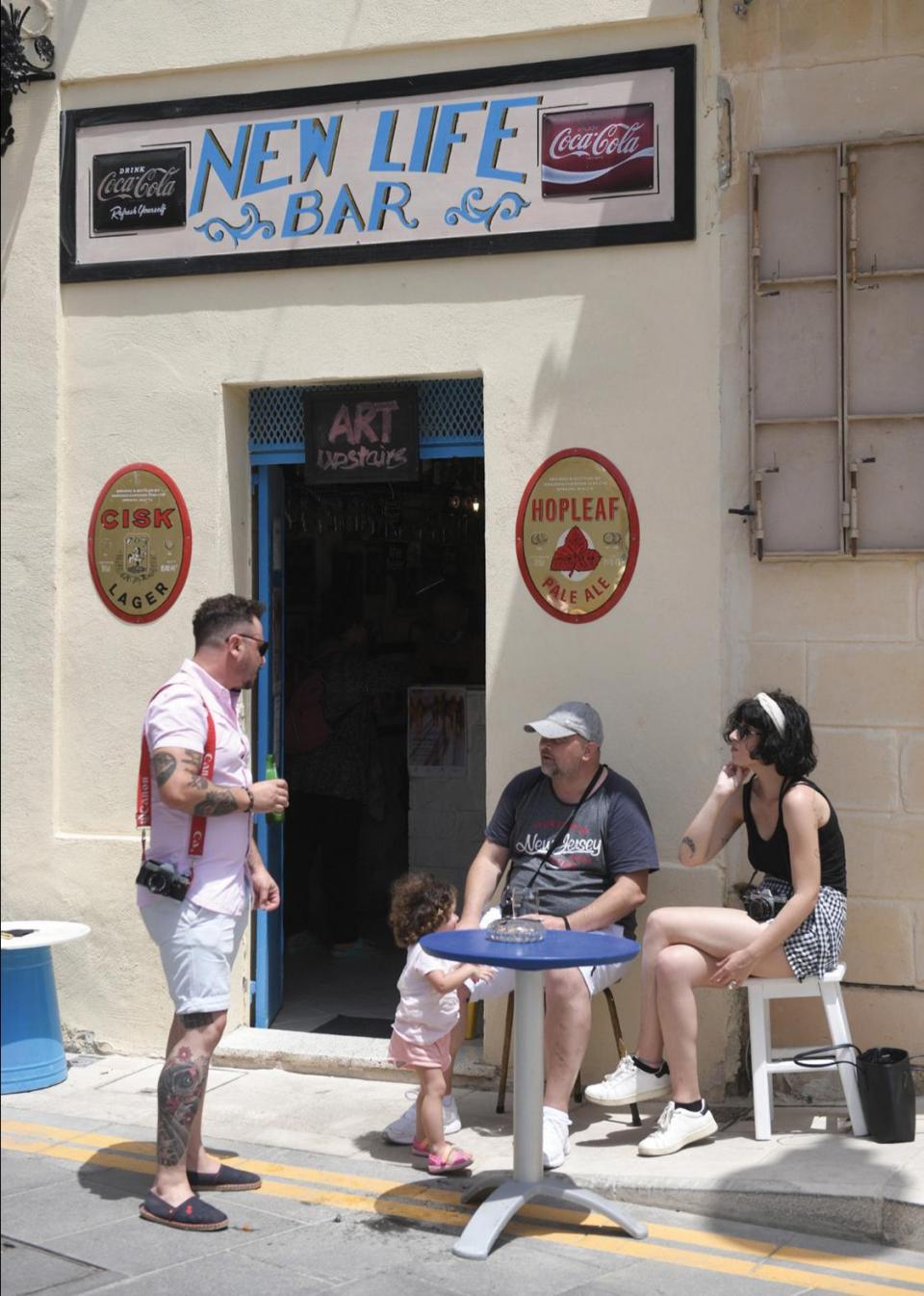 The New Life Bar, in Mqabba on Monday, as customers started to return. Photo: Matthew Mirabelli

From the foreign currency tacked to the wall to the smiling face of a youthful Elvis staring you down from behind the bar, the character and magnetism of this hole in the wall has been enough to pull back its loyal patrons.

Dutifully distanced, they are equally relieved to be fiddling with a sweating beer in the shadow of the looming parish church.

“Until yesterday all this was illegal, keeping the doors open, pouring people a drink. It was an abnormal thing to be doing it again after all this time. Even myself behind the bar, it took me a minute to get back in my stride.”

It was surreal to see people eager to sit outside his bar at 6am after such a long absence, he said.

“It was an experience you know... people coming out again, like ants after the winter crawling back out into the light.

“Mqabba has a very strong culture in its bars. People missed this. Before the pandemic, you could barely park a car here any time between Thursday and Sunday. Going from all that activity to nothing, it was like living in limbo. Seeing people come alive again, it’s a literal breath of fresh air,” he added.

“Everyone felt that twinge of loneliness I think. People would message me on Facebook asking ‘when are you opening back up again’ and I wouldn’t even know how to answer because I could only open up when they let us.”

Despite the prolonged absence, Farrugia, who is also an artist working on sculpture, has not been idle in the interim.

After the October shutdown, he transformed the upstairs storeroom of the bar into an exhibition space and quietly exhibited works from a number of artists over the winter.

As il-Kamra ta’ Fuq takes off as a contemporary art space, Farrugia is still determined to keep the character of his father’s bar alive below.

“This bar was the air in my father’s lungs for 49 years. He gave it a name and people came from all over the village and beyond for a ħobża ta’ Gejtu,” he said.

“Elvis was also my father’s passion,” Farrugia adds with a chuckle. 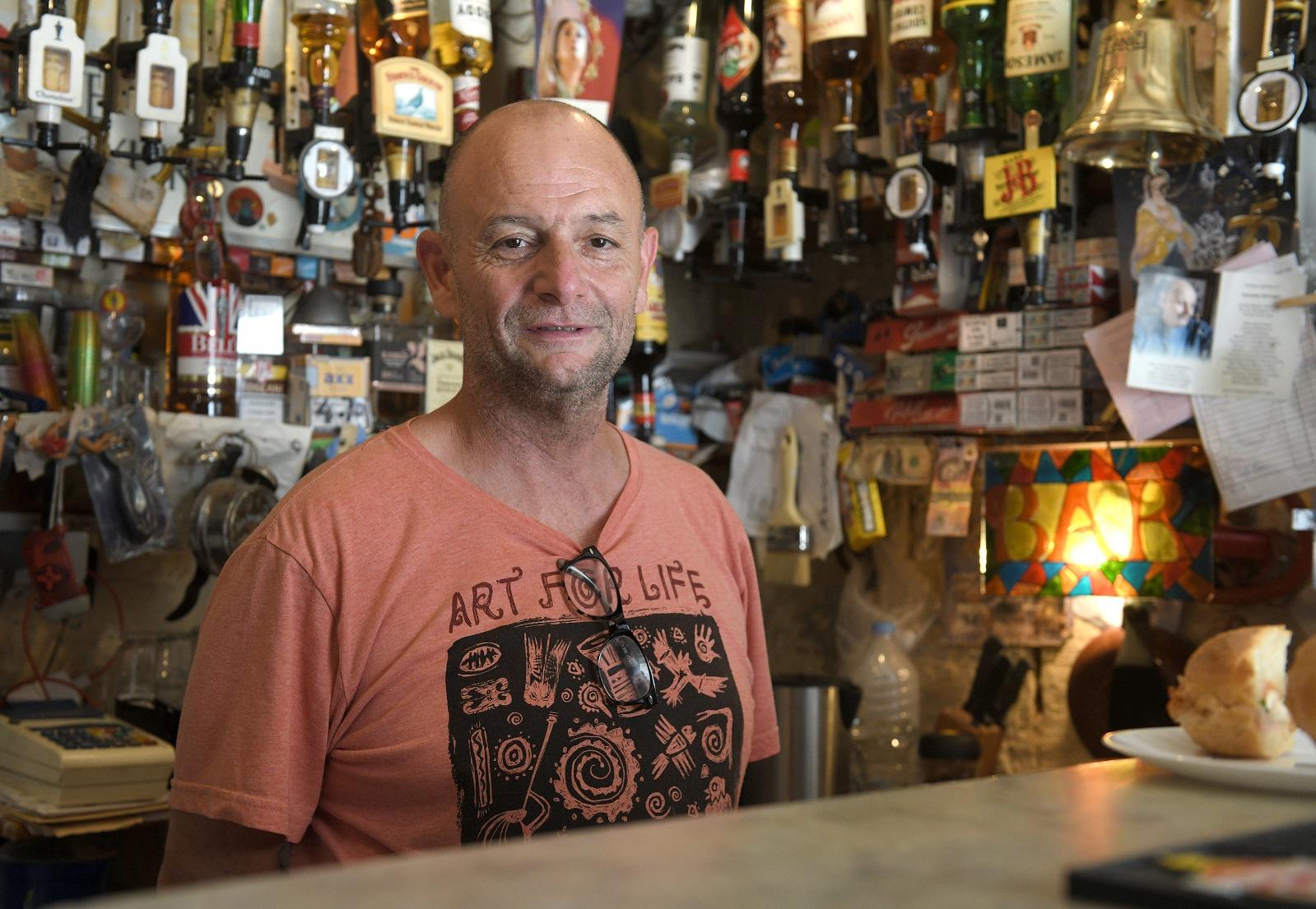 “I keep the radio on his favourite station so the bar still has all his favourite rock and roll songs playing. I try to keep everything he ever did in here.”

While the bar may be a bit different, he says, “I try in any way that I can to keep my father’s spirit alive”.

“I don’t want to change anything. People know and love this bar not because of me but because of my father and what he so passionately made. So I try to keep things the way he did them as much as we can.”

With the return of his patrons, his mission has suddenly become a little easier.