Were you a perf, a piżellu or a ġobnuż in 2016, a year many believe was marred by Brexit and the US presidential race?

The three words, coined by Maltese-language social media users, are the latest addition to the local spoken vocabulary.

Every year, the online Oxford and Cambridge dictionaries, among others, list new English words that have made it into the pop-culture lexicon. The Oxford English Dictionary is updated four times a year, and this month, ‘Brexit’ became one of the dictionary’s official words, along with ‘YouTuber’, a noun used to refer to frequent users of the video-sharing website.

In September, ‘Yolo’ (you only live once), ‘moobs’ (unusually prominent breasts on a man) and ‘Merica’ (used to emphasise stereotypical American qualities) in the run-up to the presidential elections made it to the OED.

University lecturer Michael Spagnol said that some (like perf) were coined by young people, who were an inexhaustible source of new words, while others (like piżellu) were invented by TV hosts.

Words, such as stramħabbat, klixka, skritratt and ħlewwa jew dnewwa were coined by users of the Facebook group Kelmet il-Malti, whose members discuss  linguistic issues on a daily basis, trying to stretch the limits of the language by suggesting a Maltese equivalent for foreign words. 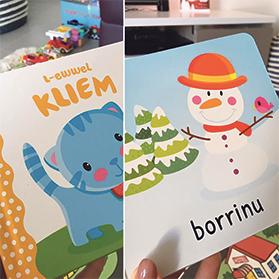 “I find some of the suggestions witty and inventive, and I add them to this yearly list to remind a wider audience that we can, or rather should, also be creative with our language, just like speakers of other languages,” Dr Spagnol, who set up Kelma Kelma, the Facebook page dedicated to the intricacies of the Maltese language, told this newspaper.

English and Italian, widely spoken in Malta, go through the same process, and new words include ‘vlog’ (video blog) and ‘svapare’ (smoking an e-cigarette).

This year’s list of newly coined Maltese words is the fourth, and a couple of them which stood out in recent years are still in use. Dr Spagnol noted that stessu (selfie), highlighted in the first such list in 2013, was frequently used in newspapers and online magazines. There is even an electric cab in Valletta that has been called stessu.

The second one is borrinu (snowman), which has also been included in some dictionaries and children’s books.

Asked about the usual discussion about the ‘proper use’ of Maltese words, since some believe that such new words ‘batter’ the language, Dr Spagnol noted that, this year, the world marked the centenary of Roald Dahl’s birth and the 400th anniversary of Shakespeare’s death. The latter coined hundreds of words, some of which are still in use, such as eventful, dishearten and eyeball, while others had not caught on, such as undeaf and unspeak.

Yet the idea of taking words and reversing their meaning by adding a prefix like un- has become a routine feature of creative English expression. Consider ‘unfriend’, ‘uncool’ and ‘unfunny’.

Dahl is just as famous for his creative neologisms – from ‘propsposterous’ (ridiculous) to ‘squibbling’ (writing), from ‘zozimus’ (a word for the stuff that dreams are made of) to ‘horrigust’ (a blend of horrible and disgusting).

Dr Spagnol noted that it was not only writers who came up with new words. It was ordinary language users who had invented words like ‘chillax’, ‘sexting’ and ‘unfriend’. In February, Matteo, an Italian student, coined the word petaloso (full of petals). His teacher sent a letter with this word to l’Accademia della Crusca, the most important research institution on Italian and the oldest linguistic academy in the world, he said.

Their answer was: “It is not the scholars, those who compile dictionaries, who decide which new words are good or bad, useful or useless.

“When a new word is on many people’s lips, then the scholar understands that word has become a word like any other and adds it to the dictionary.”

How are new words formed?

1. Blending: forming a word from parts of two or more words, such as brunch, coined through breakfast and lunch, or Brexit. This year, these included klixka, from klikkja (to click) and lixka (bait) and skritratt, from skrin (screen) and ritratt (photo).

2. Clipping: forming a new word by shortening it, such as ad from advertisement. Thus, perf: short for perfett.

3. Adding a suffix or prefix. The suffix ‘uż’ in ġobnuż is so common it is used with words of Arabic origin such as meruż (miera from Arabic and ‘uż’ from Sicilian or Italian) and inkejjuż (inkejja from Arabic). There is also the ‘u’ suffix as in piżellu. This is, among others, used for insults such as papru, ċapsu and beżqu. 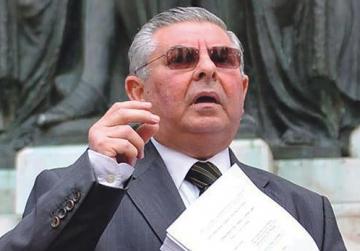 Thanks to Emmy Bezzina, ‘peas’ has made it to the list of vegetable-related words used to call someone stupid.

1. Piżellu: thanks to Emmy Bezzina, the word ‘peas’ has made it to the list of vegetable-related vocabulary that is used to call someone stupid: qargħa (pumpkin, gourd), basla (onion), ġidra (turnip) and kaboċċa (cabbage).

2. Perf: a member of a group of youths recognisable from their hairstyle and dress code who like to hang out in the capital. Also known as Beltos, created as a reaction to another pop-culture group known as Tal-1k – whose entry requirements are a thousand likes on a Facebook photo.

3. Blakafefobija: the fear of running out of coffee and spending the rest of the day feeling like you have been run over by a truck.

4. Ħlewwa jew dnewwa: trick-or-treating on the eve of All Saints’ Day.

6. Ġobnuż: something that is too sentimental or romantic (or #cheesy).

7. Skritratt: a photo of your computer, mobile or TV screen (or #screenshot).

8. Klixka: a sensational online headline, such as ‘You won’t believe what will happen if you click here’, which is meant to increase the number of hits for a particular website (or #clickbait).