“The essence of created things is to be intermediaries”, writes Simone Weil in what became Gravity and Grace. “They are intermediaries leading from one to the other, and there is no end to this.”

The project Simone Weil: Performance as an Experience of Nothingness is an exercise concerned with the nature of human relation and the space that opens up in between so that relation may occur – a space of efflorescent nothingness.

The project involves an experimental approach to theatre-making which translates the insights of the late French philosopher Weil, particularly those on art and theatre, to the performative medium.

The project was set to take place over 16 weeks of research and experimentation between director Tyrone Grima, who is conducting the research project, and performer Sharon Bezzina, along with other collaborators. 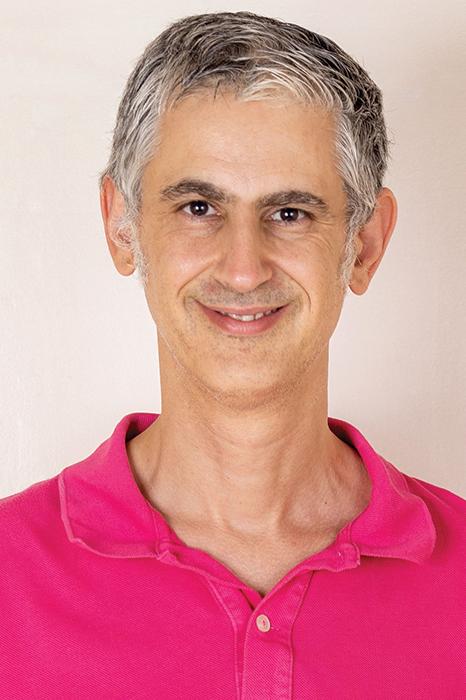 Speaking about the project, Grima said he initiated this in response to Weil’s writings on art.

“When MCAST launched the possibility of research, I decided to explore Weil’s references to the arts and attempt to convert these into a practical project.

“During the first semester, I worked on a theoretical level and wrote a paper setting out the framework for the project. Here, besides going back to her writings, I also cross-examined these with certain writings of practitioners like Jerzy Grotowski and Peter Brook.

“Then I moved on to the second part of the project, which involved testing it out through a series of five workshops. The third step, which is the current one, is to present a work-in-progress,” Grima noted.

The concept of nothingness, central to Weil’s thought, is of cardinal concern in the project and placed chiefly at the forefront of Grima’s investigation and Bezzina’s interpretation.

“We wanted to start with nothingness as a concept – not starting with a theme or text or anything, really; just allowing the performer to act on her impulses. I steered away from her doing any research; I did not want her to approach the project from a theoretical starting point.”

Grima went on to explain how the first movement was created during the first workshop and, after a number of exercises, Bezzina eventually devised a score of movements. In time, a text was incorporated, and this led to the work-in-progress to be presenting to select audiences in June. 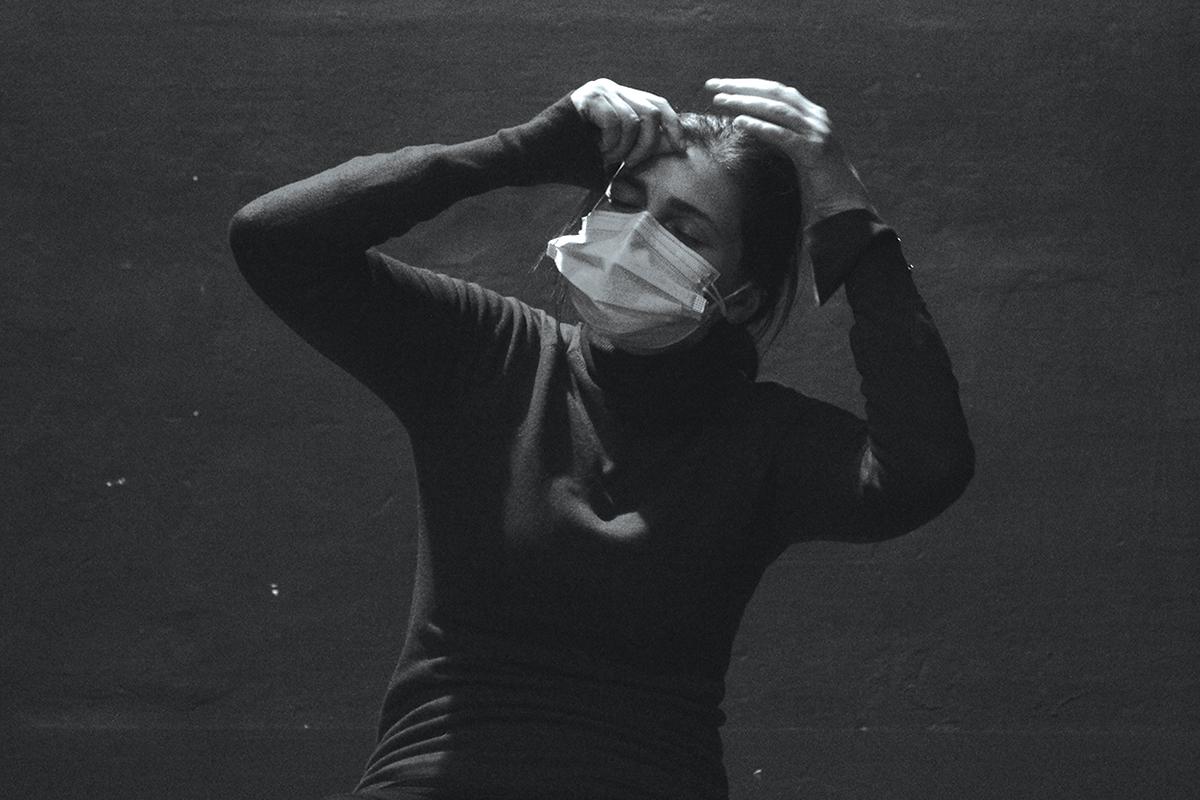 One of the notions articulated in Weil’s thought is that of relationality and its dynamics.

“She writes about how, in our relationships, what very often gets in the way are our own ego gratifications or ego clutter, and the only way of having authentic relationships is to have this nothingness, to have this void, this empty space that can allow you to enter into my space and for our spaces to intertwine so that communication can happen,”  Grima said.

“Weil talks about this on a theological level, namely the relation between the human being and the divine, but she applies it to other contexts, and she also mentions this very briefly in the context of the artistic relationship.”

The dynamics of relation expressed in Weil’s thought manifest in her concept of “intermediaries”, or metaxu, the Ancient Greek preposition originating in Plato’s Symposium which has the meaning of ‘between’. For Weil, it is through metaxu that God is indirectly present in the world, and it is this between space that allows relation and transcendence to occur.

We wanted to start with nothingness as a concept 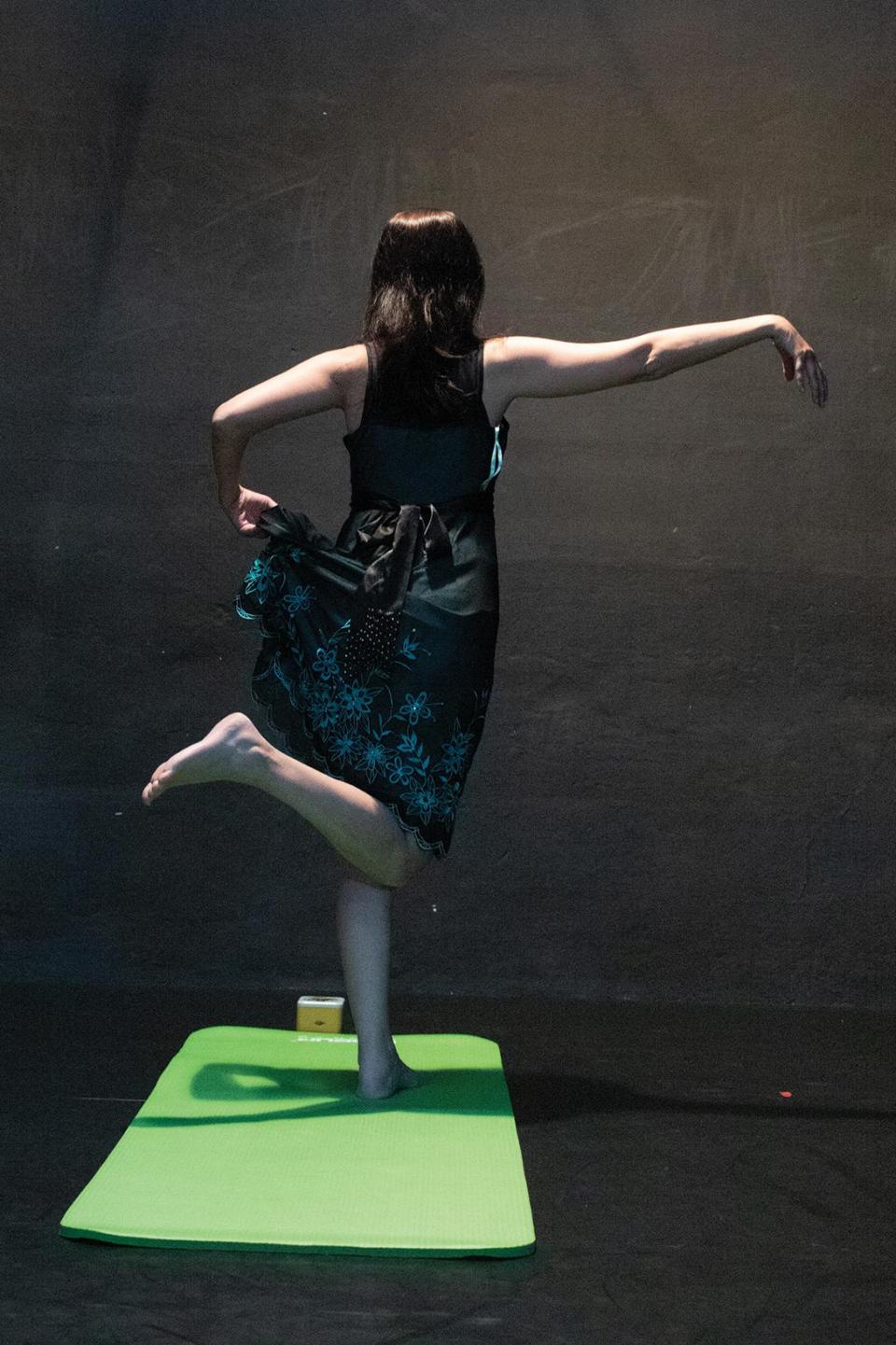 “Weil links all this to the theology of creation. While in creation narratives the divine always creates by doing something, in Weil’s understanding, the divine created by withdrawing,” Grima remarked.

“What happens is that, as human beings, we not only do not realise this, but we also sabotage the space created by the divine and claim it as our own when, in fact, it is not our own at all. And this also happens in our interpersonal relationships. However, Weil feels there are ways with which we can, within nothingness, still relate with the other (or Other).

“This is where the Platonic concept of metaxu comes in. She refers to vehicles that allow us to transcend – like nature, art and friendship – which are all forms of how metaxu can be experienced.”

Asked about whether he noticed metaxu arise in this project, Grima noted that it did arise in many different ways. 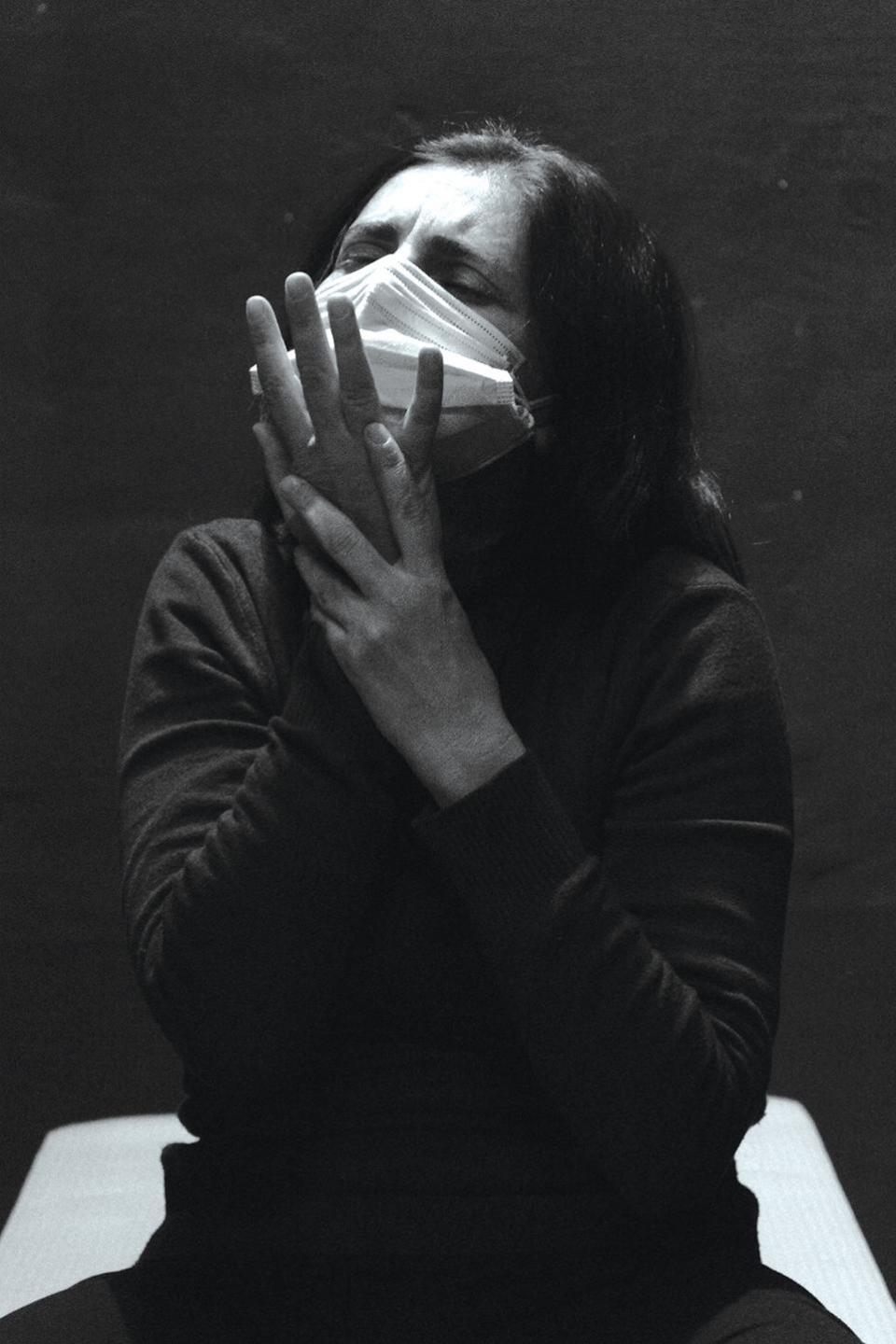 The concepts of nothingness and detachment were placed at the forefront of Bezzina’s interpretation.

“I would say that the artistic medium is a form of metaxu because ultimately that is what is creating the contact. We also used a number of techniques throughout the project which one could loosely refer to as forms of metaxu. For example, at one point we were using the idea of guided fantasies to discover the performer’s impulses and movements.”

The title of the research project, “performance as an experience of nothingness”, presents a seeming contradiction. If performance is an action, and therefore ‘something’, this is seemingly incongruent with the idea of nothingness. However, this only needs some qualification to reveal itself significant, namely if we qualify what kind of nothingness is being sought.

“From a research perspective,” said Grima, “nothingness was and still is the biggest hurdle – how nothing can nothingness be, after all? It is more of an ideal state that one strives towards but never actually reaches. In fact, it might be more accurate to say that one can develop an awareness of nothingness rather than actually reach the state, or if one does reach it, it is very ephemeral.

“As human beings, we all carry our own baggage and history, and these factor in our relationships because, ultimately, these involve an encounter between a self an another, and I am who I am and I can’t escape that, and perhaps I shouldn’t even try to.

“Even in the context of performance, how nothing can nothingness be? I think the way we explored this within the context of this project was more in terms of a notion that was also fundamental to Weil, namely that of detachment.”

Detachment is a process of “unpeeling” where the layers of ego clutter are stripped away in an effort to reach a more unadulterated state of self and rid oneself of illusion.

“We entered the space of the project without having a stimulus to work with, which is why we didn’t want Sharon to research too much into it to avoid having preconceived ideas and images, so this is the first level of detachment that happened. 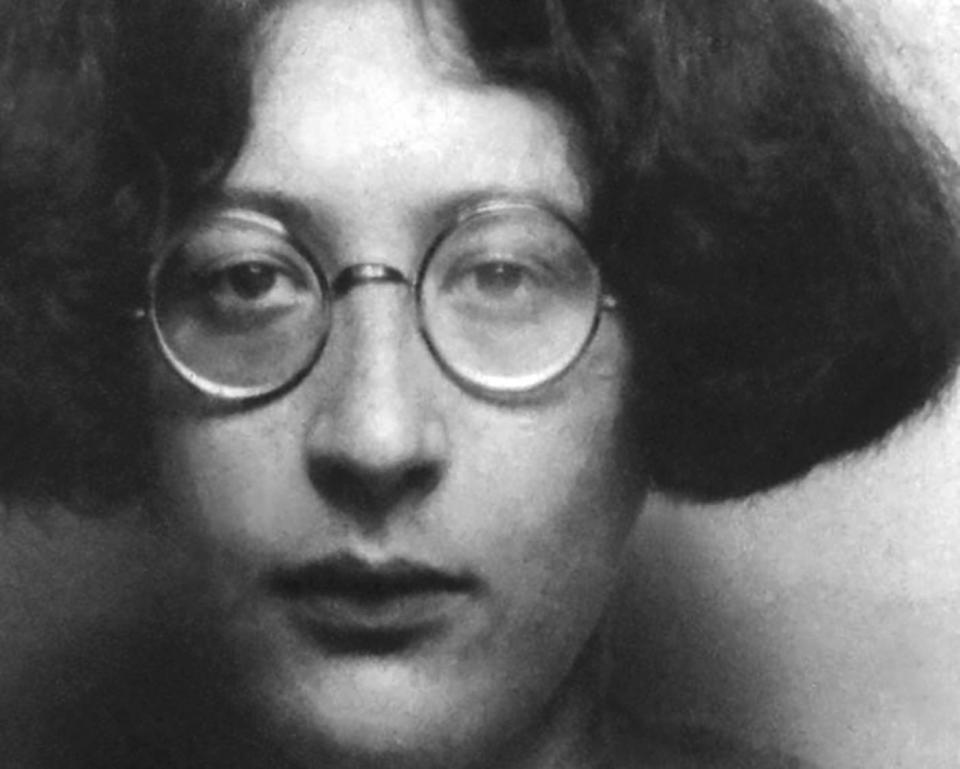 “From a directorial point of view, I did not impose any ideas. I was giving her stimuli, but these were very much rooted in the here-and-now. For part of the project, we did not share our thoughts on elements of the performance with each other.

“When it was time to choose a text for the performance, I told Sharon to choose one and bring it to the next session, but not to tell me why she had chosen the narrative or how to connect with it. Only near the end did we decide it was the right moment for us to share our respective interpretations.”

Detachment is linked to Weil’s notion of ‘decreation’ which involves an abolishment of self, namely of its layers of illusion. It is a manner by which we can “empty ourselves of the world […] to reduce ourselves to the point we occupy in space and time. To nothing”, writes Weil. As Bezzina drifts further into a state of detachment, she thus concedes to become nothing and accept emptiness.

Invariably this leads to the concept of non-action which features in Weil’s thought, drawing on Taoism and her readings of the Bhagavad Gita.

“The first time we started working on this, Sharon at first thought it was a question of minimising, but I said it was more about being potentially open to movement and action, but only if it needs to occur, without taking initiative.

In non-action, the centre shifts onto the other. This shifting of centres relates again to metaxu, which is the between space onto which the centre of a relation must shift in order for authentic relation to take place. Here, in relating to the other, I extend beyond myself to meet the other in the space of metaxu between us, and in so doing I expand to encompass the other.

Grima said that he was “really blessed having Sharon as part of this experiment”.

“She is a person who enjoys experimenting and was always receptive to the project at every stage. She started melding even further into the concept of nothingness despite not knowing what the project entailed at the beginning. She responded in a very interesting way to the project.”

Weil writes: “The bridges of the Greeks. We inherited them but we do not know how to use them.” As this project reminds us of these forlorn bridges, we hope that one day we may traverse them with greater attention.

The research project Simone Weil: Performance as an experience of nothingness is part of the MCAST research programme, managed by the Applied Research and Innovation Centre, MCAST. The project is supported by the Research Support Grant managed by Arts Council Malta.