In the local art scene, abstract art is one of those art forms that provides a lot of uncharted ground to explore and ana­lyse. Despite being one of the dominant international art forms of the modern 20th century, abstract art remains one of those creative expressions which, ironically and surprisingly enough, is very easily misunderstood.

One can appreciate that it does not come naturally for everyone. It requires visual sensibility and receptivity, as well as a cultural bag that gives the viewer the ability to relate and engage with it. It is a very particular art form that, at times, transmits elements associated with the nonverbal deep-seated aspects of our being.

Unfortunately, abstract art was also relatively underrated within certain early art educational institutions, especially during the initial stages of modern art in Malta. For instance, it was never promoted in the early periods of the Malta Government School of Art, and in fact, students were not encouraged to explore this particular territory. 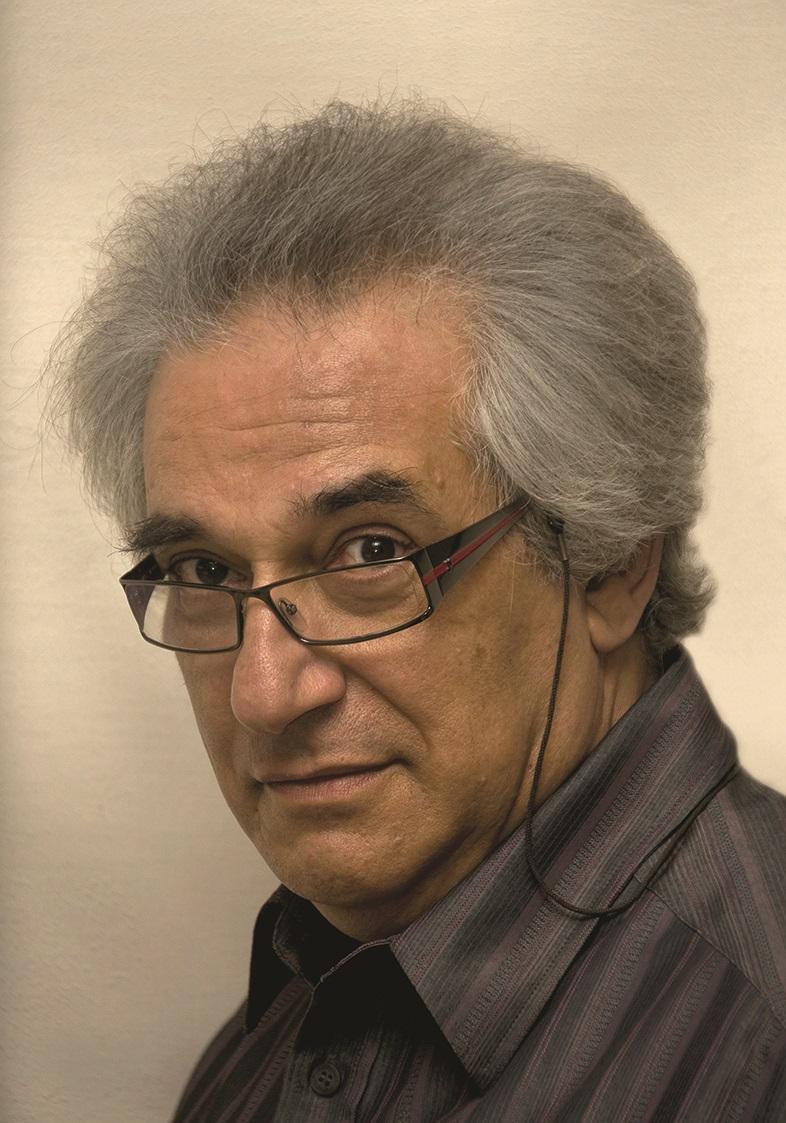 Furthermore, even though we have a number of significant early modern artists who pushed the boundaries of the local art scene, experimenting with different forms of abstraction and modes of expression, very few dedicated their entire artistic career solely to abstract art. Most of them had an eclectic approach, experimenting with different ways of visual expressions while deve­loping their personal language or signature style, hovering between figurative and abstract content.

Only a handful devoted their whole artistic career to searching and exploring abstract expression. One of these pioneers is surely Philip Chircop. He contributed through propagating a new way of thinking that pushed the bounda­ries of the local realm of the arts. Together with other significant artists, Chircop paved the way for innovative approaches that proved instrumental in establishing a fresh artistic and cultural landscape within the crea­tive realm of the visual arts.

Since he left the Malta Government School of Art in 1969, he took the path of pure abstraction, delving into the non-figurative realm, unearthing inner emotions and thoughts through moulding the basic formal elements. 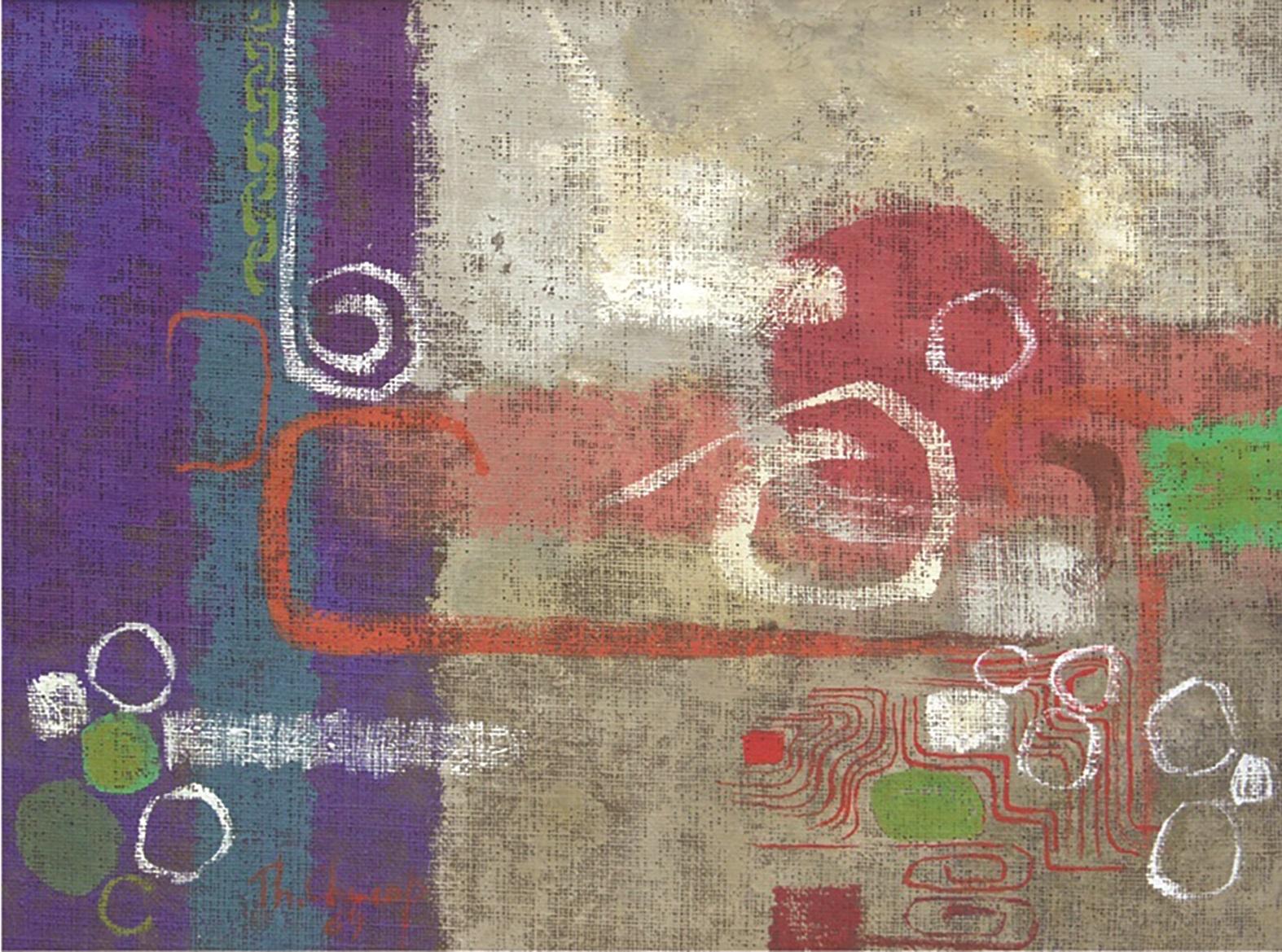 From his very early stages, Chircop embarked on a journey of self-discovery by exploring the domain of non-objective painting.

He was not interested in literal representational pictorial references but rather strived to move away from the slavish descriptive depiction of the external world around him, seeking new methods to voice his creativity.

He sought to liberate his art from the fetters of conventional imagery and challenge the tyranny of the conservative imitation of the physical world. He viewed art as an intuitive and spontaneous act; a creative activity whereby the innermost feelings and deepest intuitions are externalised through line, shapes, form and colour. 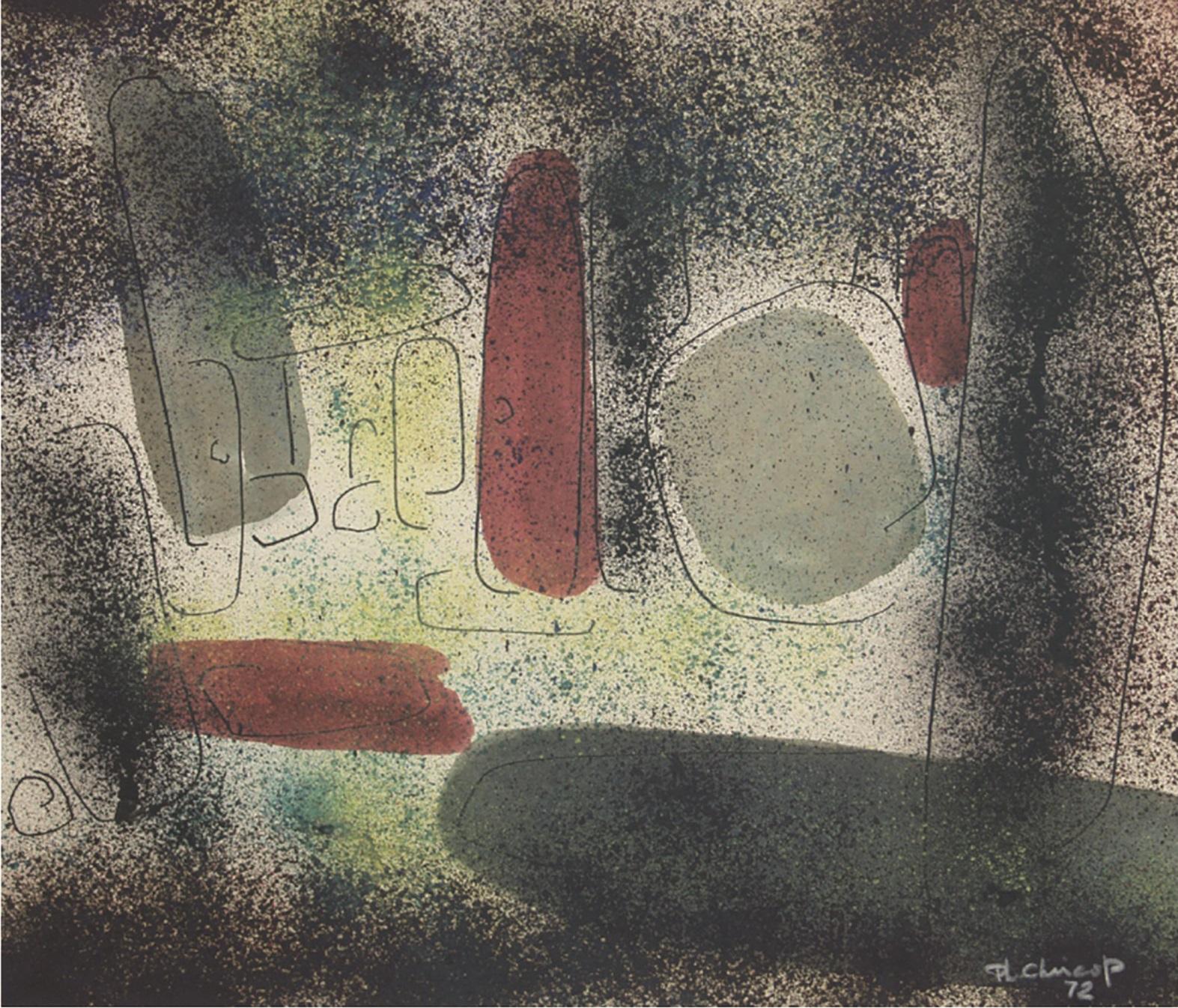 Chircop’s artistic ideas gravitated towards the school of thought of artists who believe that abstraction and abstract art allow humankind to perceive what cannot be seen with the physical eyes. He pursued an artistic search that transcends the mundane, evoking the spiritual and intangible facets of reality by unleashing an internal outpouring expression of the soul communicated by abstract forms. He believed that art is akin to music, for it does not dictate a clear and definite narrative but rather proffers a covert content, a universal yet mysterious narrative that is very personal and subjective.

He pursued an artistic search that transcends the mundane, evoking the spiritual and intangible facets of reality

The art exhibition, Eloquent Silence, which is currently hosted at the Malta Society of Arts’ Gallery, Palazzo de La Salle, aims to encapsulate Chircop’s visual worldview and his relentless quest for eloquent non-representational forms. It provides a fresh glimpse of who Chircop really was, through his versatile and prolific artistic output.

It features an extensive body of 48 artworks portraying his lifetime endeavour and constant yearnings, which subsisted till the very last days of his life. He produced abstract notes that pronounced a silent yet lyrical visual vocabulary manifested by different experi­mental approaches and mixed media.

The show illustrates Chircop’s artistic freedom and investigational attitude. He worked with different materials and techniques, attempting diverse visual possibilities. His medium was always a means to an end, an opportunity to explore new visual territories and ideas. This can be appreciated by the variety of pictorial properties, visual renderings and tactile effects.

Even though the show breathes elements of a retrospective and a commemo­rative exhibition, it does not strictly fall specifically within either of these two realms, given that it centres more prominently on the last phase of his artistic career. The main corpus presents a considerable portion of work from the last decade-and-a-half of his artistic production, intended to be exhibi­ted at the same premises where it is being featured. What is most intriguing is that all the works in this event were never exhibited before. 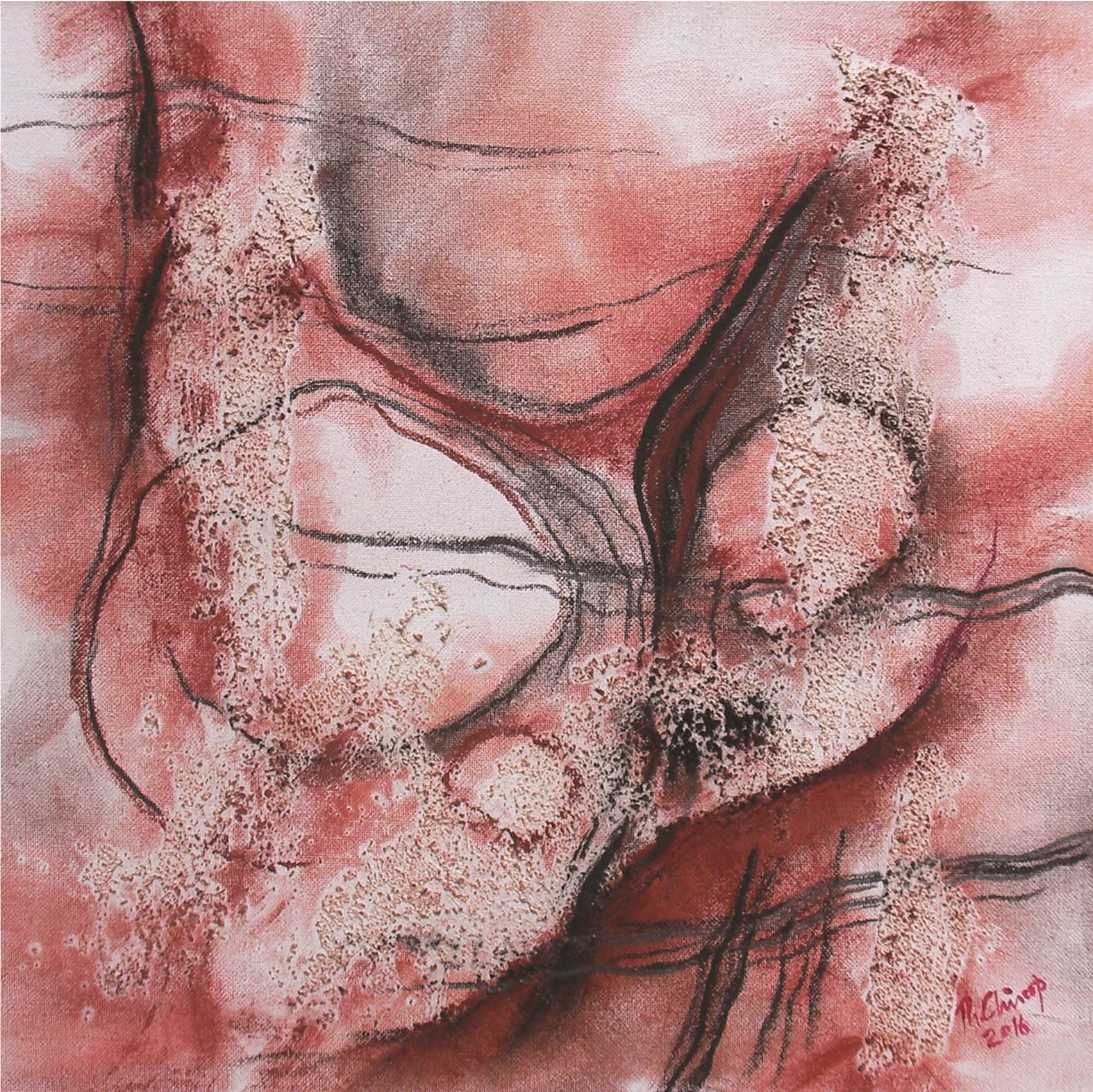 The exhibition also includes a selection of early examples, illustrating the beginning of Chircop’s first experimentation and conception of the abstract discourse. Lines and subtle tones veer in open spaces with placid and gentle movement.

Two early drawings pertaining to 1957 and 1959, respectively, shed light on his teenage phase. These works exemplify his early natural inclination towards abstract sensibilities. Complementing these early examples, one finds an exquisite selection representing the first series of subtle and refined paintings of his initial mature period defined by delicate tessellation of colour and dynamic lines and organic shapes which are so characteristic of his 70s and 80s phase. Some of these artworks are particularly inspired by Malta’s prehistoric motifs, especially those associated with the Neolithic temple period.

This particular symphony of work not only looks back to the past but also confronts the viewer with the vigorous presence of his lively and prolific output, which kept on going till the very last days of his life. 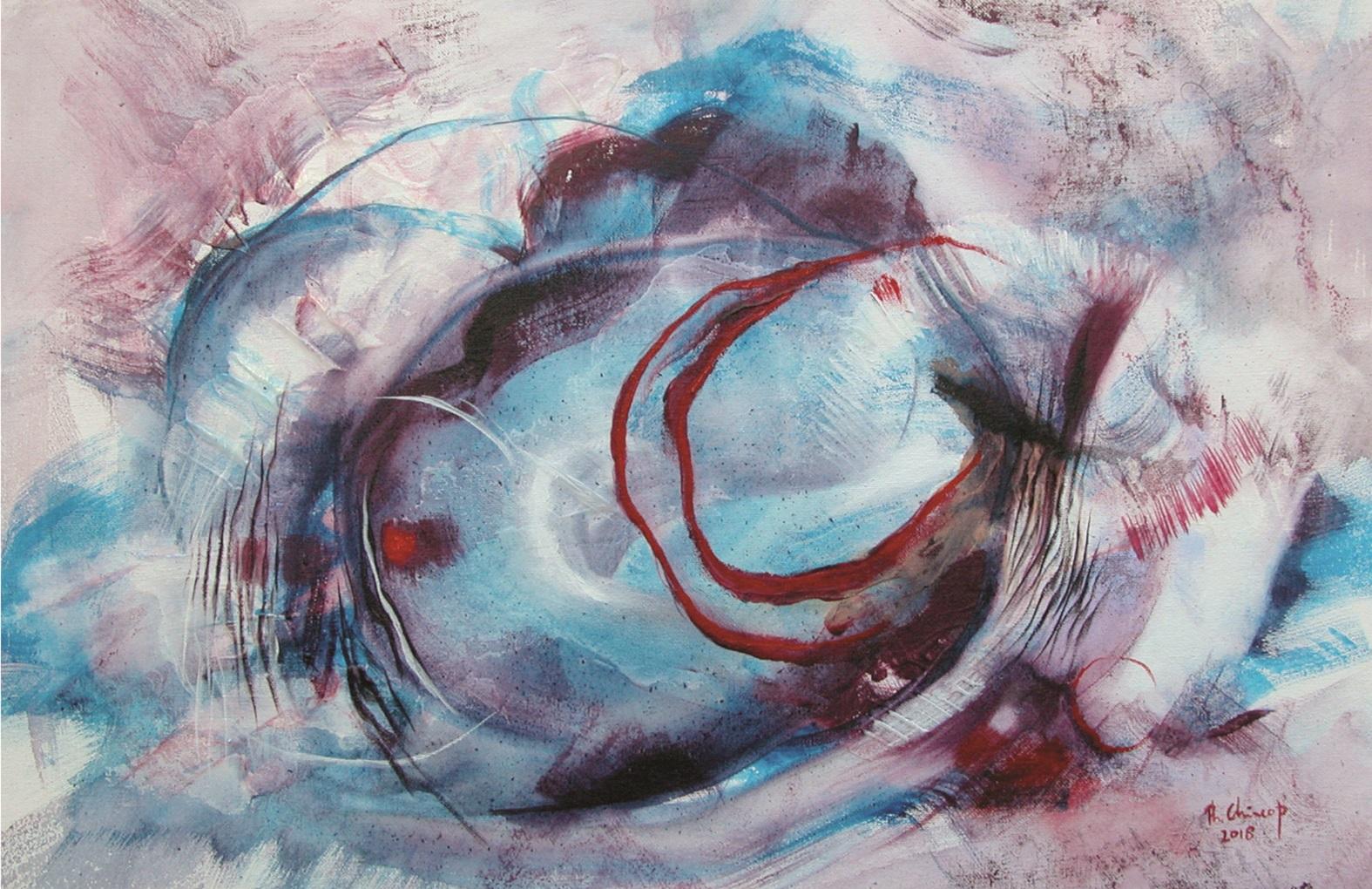 The exhibition proffers a thought-provoking juxtaposition, as it leads the viewer to Chircop’s final stages of his artistic creation, presenting a selection of work in the second hall, bestowing a compelling comparison between the beginning and the end of Chircop’s artistic expression. It is fascinating to unveil the intriguing similarities of these works.

Notwithstanding the fact that they are different in terms of pictorial effect and composition, they pronounce and share the same visual proximities, organic renderings and chromatic resonance. They voice an inaudible, eloquent and meditative spiritual content, unfolding an inner concord and imperturbable vitality that can hardly be explained in simple words.

Following these two halls, one finds the second part of the exhibition, which plays a kind of rhapsody, a sequential exposition of dynamic and chromatic flow of layered swirling shapes and vibrant plains linked to Chircop’s highly productive decades. Eloquent Silence is one final account of an artistic journey which narrates the story of a man who devoted his entire life to the boundless, indefinable, yet universal language of abstract art.

Eloquent Silence, curated by Roderick Camilleri and hosted by the Malta Society of Arts, Palazzo de la Salle, Republic Street, Valletta, is on until June 16. Consult the venue’s website for opening hours. 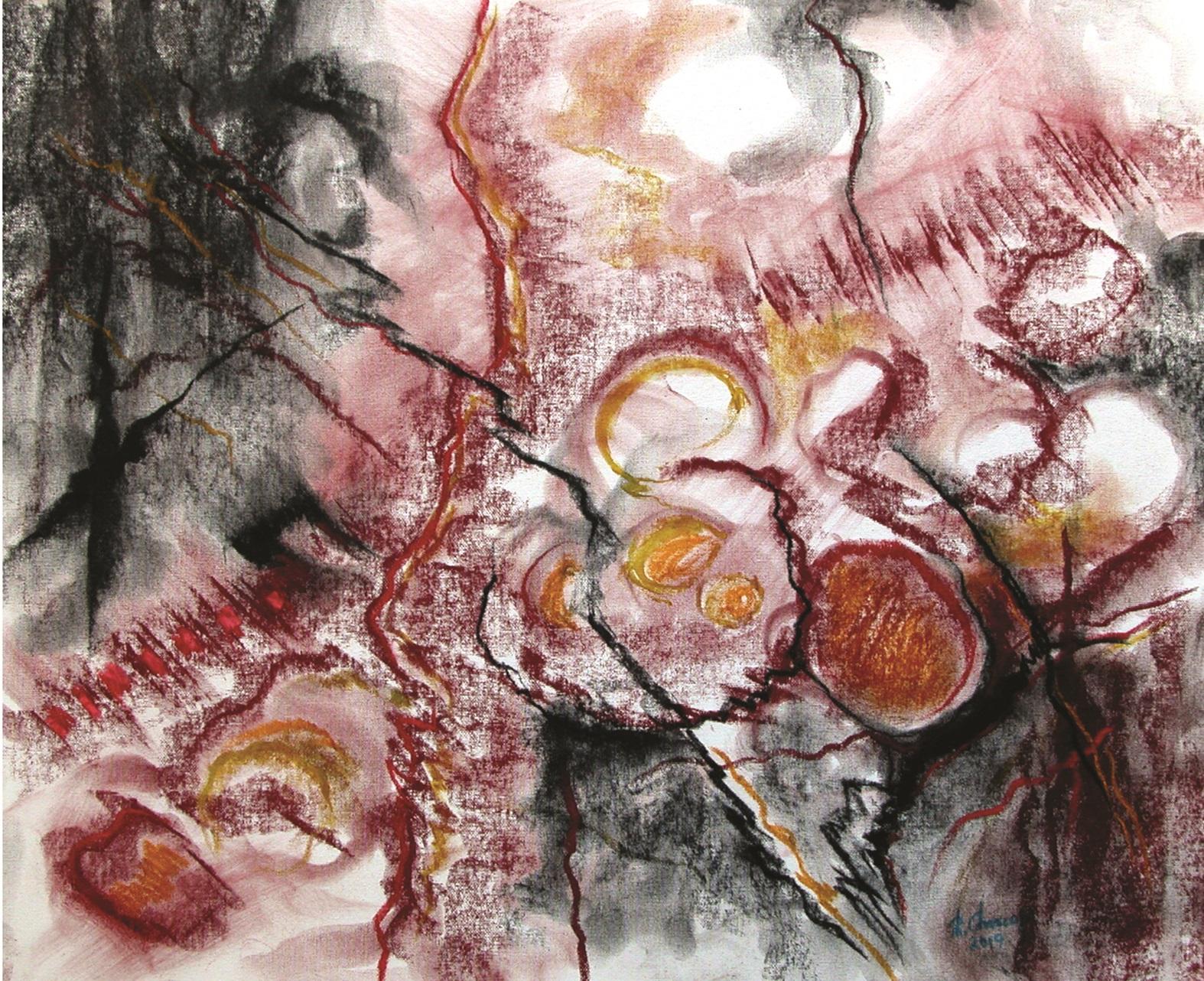