A network of over 50 companies and trusts secretly owned by Azerbaijan's ruling elite used accounts at Pilatus Bank to move millions around Europe, a consortium of journalists working on the Daphne Project have found.

Sources gave insight into how Azerbaijani elites used the bank, through secretive front companies, to transfer cash into Europe and beyond to buy up property, hotels and businesses.

The revelations come from a collaboration of 18 news organisations including the Guardian, Reuters, The New York Times and Times of Malta. Led by France's Forbidden Stories, the Daphne Project was created to continue the investigations of Daphne Caruana Galizia, who was killed last October.

Sources familiar with the bank, which got its license in 2014, have confirmed Ms Caruana Galizia's reports that the bank's key clients included the children of Ilham Aliyev, Azerbaijan's powerful president.

The same sources have also confirmed that the sons of Azerbaijan's emergency situations minister Kamaladdin Heydarov also banked at Pilatus.

By 2016 more than 60 accounts, holding the majority of the bank's €250 million deposits, were opened for the benefit of the children of senior political figures in Azerbaijan

While no wrongdoing on the part of the Aliyevs and Heydarovs is being alleged, Azerbaijan is considered to be a high-risk jurisdiction requiring extra scrutiny by banks.

Sources told Daphne Project partners Reuters that by 2016 more than 60 accounts, holding the majority of the bank's €250 million deposits, were opened for the benefit of the children of senior political figures in Azerbaijan.

Assets connected to this network of companies include the five-star Sofitel hotel and spa on Dubai's palm island, two London townhouses with a combined worth of €18 million, a €26 million Spanish property portfolio and a €10 million investment in French factories making porcelain, bed linen, and smurf figurines.

The Aliyev daughters did not respond to a request for comment.

Lawyers for Mr Heydarov's sons said that their clients owned companies "which have entirely legitimate and lawful business".

Malta stepped up relations with Azerbaijan when the Labour government first swept to power in 2013.

Prime Minister Joseph Muscat had secretly flown to Azerbaijan in December 2014 to meet president Aliyev, accompanied by his chief of staff Keith Schembri and then energy minister Konrad Mizzi.

WikiLeaks cable reports drawn up by the US State Department described Mr Khangah as the "frontman" for Kamaladdin Heydarov.

The companies opened by Nexia BT for Mr Khangah were dissolved a few months later. 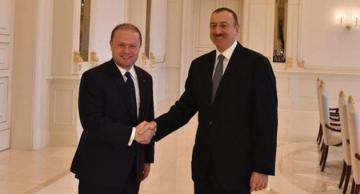 Ms Caruana Galizia had published allegations linking Michelle Muscat to a $1 million payment made by the Aliyev family to Egrant.

One year into a magisterial inquiry into the allegations, no information corroborating the whistleblower's Egrant claims has yet to surface.

All of Pilatus Bank's assets were frozen last month, following the arrest of bank owner Seyed Ali Sadr Hasheminejad in the US on money-laundering and sanction-busting charges.

Since Ms Caruana Galizia's revelations about the bank's operations, two sources have come forward to confirm that both the Aliyev and Heydarov families were clients.

The Prime Minister's chief of staff was also confirmed as a client. He is currently facing a magisterial inquiry for using the Pilatus Bank account to allegedly receive passport sale kickbacks from his auditor Brian Tonna.

Both men deny the claims, saying that the €100,000 payment was for a loan Mr Schembri gave to his auditor.

'No shortcomings' from KPMG consultant

KPMG also played a role in rebutting a report by the FIAU, which found "serious shortcomings" in Pilatus Bank's compliance with money laundering laws.

Questioned by Times of Malta if it would be examining Ms Bencini's conduct, a spokesman for the accountants' institute said there did not appear to be any prima facie ethical breaches or misconduct by anti-money laundering committee chairwoman.

The FIAU carried out an inspection of Pilatus Bank in March 2016, after the Malta Financial Services Authority flagged the high concentration of Azerbaijani politically exposed persons with accounts at the bank.

A few months after the FIAU issued a report about the compliance shortcomings at the bank, a follow-up visit found that the issues identified “no longer subsist”.

Contacted by the Daphne Project, a spokesman for the FIAU said Pilatus Bank contested the agency's initial findings, and substantiated its submissions with two external audit reports produced by KPMG and Camilleri Preziosi Advocates.

The FIAU said that in light of Pilatus Bank's response and the two external audit reports, the agency together with the MFSA decided to carry out an on-site follow-up examination.

During this follow-up examination, additional documents were made available to the FIAU and MFSA which had not been provided on the first visit, the spokesman said.

While acknowledging that the issues found in the March inspection no longer existed, the FIAU spokesman said the agency expressed concern in a letter dated September 26, 2016 that information found on site during the follow-up visit was not available during the first visit.

Sources familiar with the bank's operations said that shortly before Mr Hasheminejad's arrest, the FIAU carried out a surprise inspection at the bank, during which they seized all of its data, including e-mails as well as other means of communication by the bank.

The information is being analysed to establish the precise nature of the bank's operations.

Both the MFSA and FIAU are undergoing a preliminary inquiry by the European Banking Authority into their supervision of Pilatus Bank.

Pilatus Bank did not respond to a request for comment. 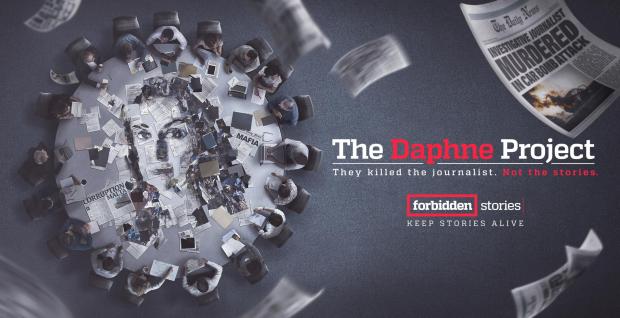