Hundreds of Labour Party delegates were invited to a reception funded by the tourism authorities and held at a venue overlooking the tenors’ concert on the Granaries last Saturday.

Tourism Minister Konrad Mizzi – who will be asking delegates for their vote if he decides to make a bid to become the next Labour leader – mingled with the guests along with members of staff to explain some of the initiatives being taken by his ministry, delegates present said.

Some delegates also received free concert tickets from the ministry.

The reception was held on the roof of the Catholic Institute, which overlooks the main stage, giving guests a vantage point to watch world-class tenors Joseph Calleja and Andrea Bocelli in concert.

One delegate from Paola said: “Although I don’t support Minister Mizzi, I was given tickets for the concert in the silver tier, which I collected from the ministry.”

Another PL delegate, representing the second district, said: “We were told that the concert organisers made scores of tickets available to Mr Mizzi’s office, thanks to a sponsorship issued by the MTA.”

I was given tickets for the concert in the silver tier

A spokesman for the ministry confirmed the organisation of the party. 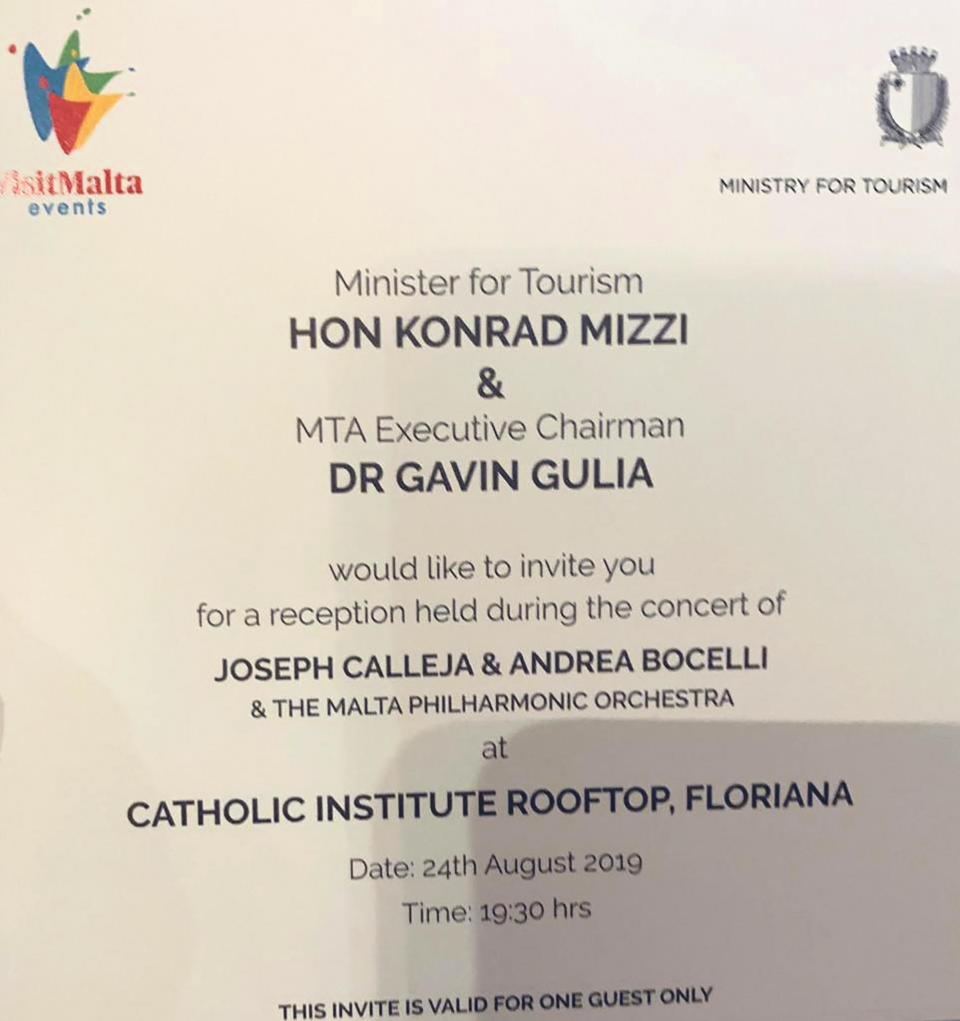 “The Ministry for Tourism and the Malta Tourism Authority organise a number of events and receptions for stakeholders, especially those involved in the tourism sector,” the spokesman said.

“Joseph Calleja’s concert was sponsored on the same terms and conditions as previous years.”

The spokesman refused to say how much the concert sponsorship had cost the MTA and concert organisers, NnG Promotions, did not divulge details of the ministry and MTA sponsorships.

Tickets for the popular annual concert cost between €80 and €200 each.

However, following a lucrative sponsorship agreement in 2013 between the concert organisers and the government, there is free entrance to the concert every year in the standing areas. Details of the government’s contribution towards the annual event have never been divulged.