Details of a 2010 attempted bank heist have been passed over to police by alleged Daphne Caruana Galizia hitman Vincent Muscat, including the alleged involvement of a man believed to be a former Labour politician.

Sources told Times of Malta that, in the hope of securing some form of leniency, Muscat has told police investigators he can name an individual, believed to be a former high-ranking Labour politician, who helped plan a heist on HSBC’s Malta headquarters in 2010.

However, Muscat, who is known as il-Koħħu, has not yet identified the politician to the police, Times of Malta is informed.

Opposition MP and Caruana Galizia family lawyer Jason Azzopardi on Saturday said it was a sitting cabinet minister who has been named in Muscat’s application for a presidential pardon linking him to a crime “committed years earlier”. Times of Malta understands this is a reference to a different politician who an associate of Muscat had mentioned “in passing” in connection with the crime.

The unsolved robbery attempt had puzzled investigators as armed intruders seemed to have inside knowledge of the bank’s security measures and appeared to know their way around the large premises.

Sources said the police have opened a file on Muscat’s HSBC claims, but insiders said the fact that the crime was more than a decade old meant solving the case now was going to be difficult.

The information being offered by Muscat is part of a series of more than a dozen major crimes, spanning the last decade, which he has told police he is willing to speak about, including murders and other armed robberies in exchange for clemency.

Muscat stands accused, along with brothers Alfred and George Degiorgio, of having planted and triggered the bomb that killed Caruana Galizia in 2017.  His request for a pardon is yet to be approved by Prime Minister Robert Abela who has himself faced calls to recuse himself after Times of Malta exposed his potential conflict of interest on grounds that the alleged bomb-makers were former legal clients of his. 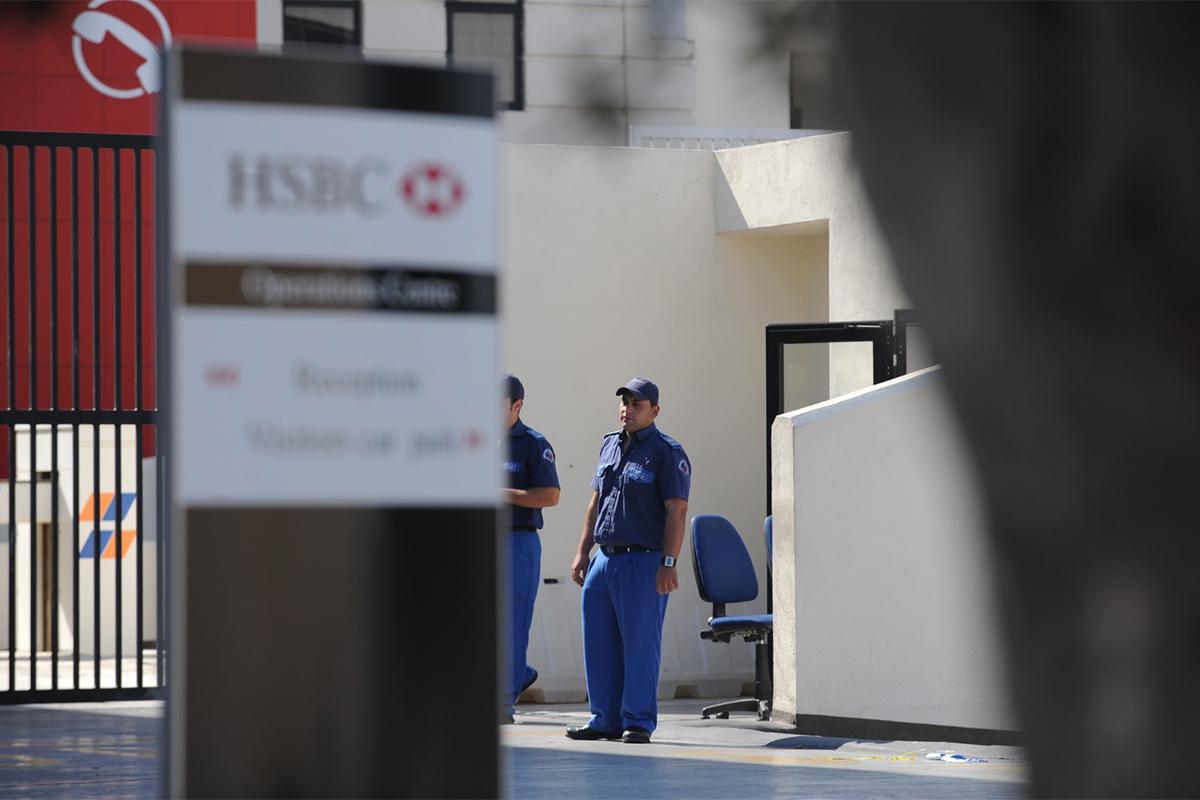 How the bank heist was planned

Detailing the foiled HSBC heist, sources said Muscat told police that eight key players were involved, along with three others who, he claims, were aware of the plot and helped on the periphery.

This group were given footage by a bank insider showing them how to get access to the bank’s control room.

Muscat says he saw the footage himself, probably filmed from a mobile phone.

The footage was then given to one of the bank robbers by an unnamed person, believed to be a politician, referred to by Muscat as “number 1”.

Muscat says the footage could have been given to the robbers by “1” or by a close associate, referred to as “number 2”, or by both of them together.

They were also given three key cards to access the different areas of the bank’s head office in Qormi.

Muscat says the group had already agreed how to divide the anticipated haul of cash.

The other six were going to get €1 million each for their part in the heist.

Muscat says he used to drop off potential bank robber “3” a few corners away from the meeting place where the bank job was planned out.

Investigators have been told that Muscat even saw the bank robber enter the place where he says the heist was planned, after dropping him off on one occasion.

Muscat was shown three colour-coded key cards after bank robber “3” came back from one of these meetings. He says “3” showed him the access cards in his car.

The suits they were dressed in as a disguise for the bank job were bought from local tailoring firm Bortex.

Five weapons were allegedly used in the heist, according to Muscat’s version.

He says two people were armed and waited in the getaway van, while those who entered the bank had one firearm each.

According to Muscat, robbers “4” or “5” had decided to use their own personal weapons.

“If I remember correctly, ‘3’ got the other weapons used,” Muscat told investigators.

Muscat says he cannot remember who disposed of the weapons or where they were thrown away.

The van used during the hold-up was set alight, the car used and the mobile phones also probably burnt, il-Koħħu says.

One of the robbers who was hit during a shootout with police outside the bank centre holed up at a house in Gżira.

Muscat says the group went to the Gżira house after the heist, following which they went to a Mosta flat. 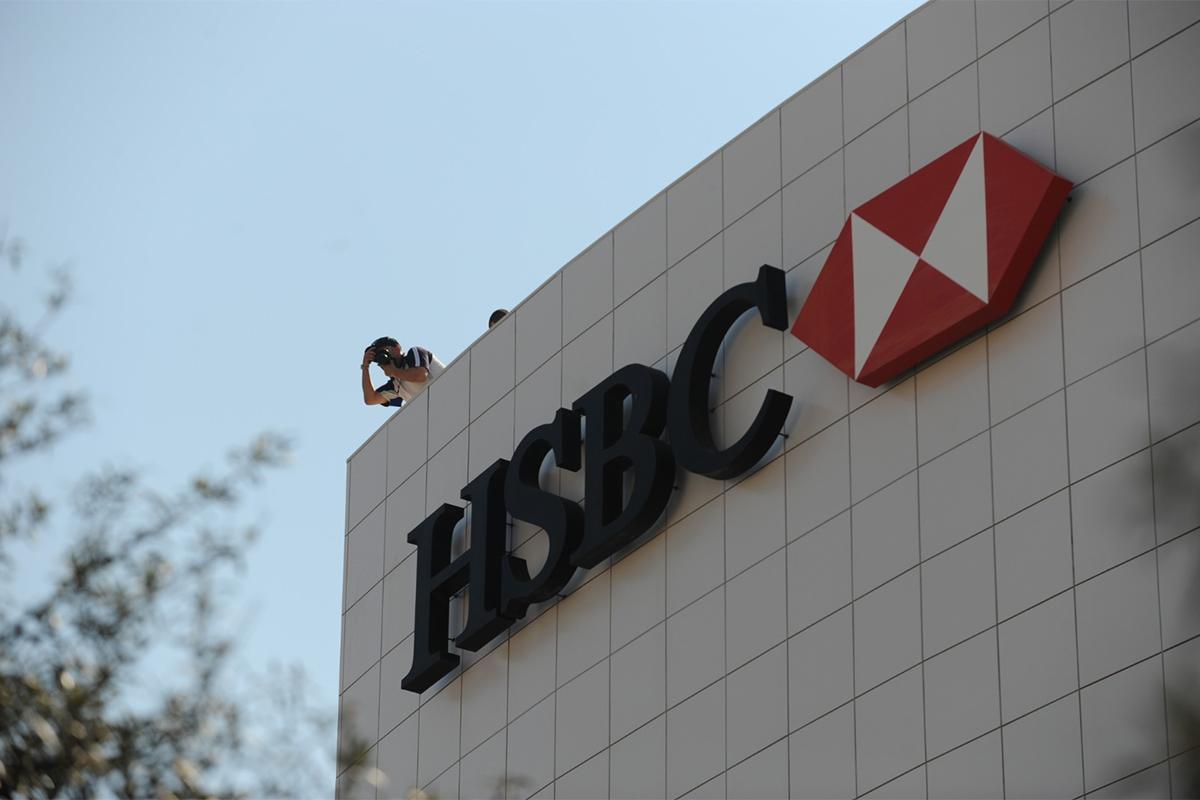 How the robbery played out

The would-be robbers who had targeted the HSBC Centre in Qormi in the summer of 2010 had entered the building through a side entrance, which needed an electronic code known only to employees.

The element of surprise was so effective that they managed to disarm a special assignments group police officer – described by police sources at the time as one of the section’s best – who was stationed at the main door of HSBC’s headquarters.

The three men who entered the bank walked into the building wearing wigs and fake moustaches. They ambushed the security officer, removed his pistol and tied him and two employees with cable ties.

The knowledge of the electronic code, together with their familiarity with the maze of hallways leading to the centre’s control room, had convinced investigators at the time the men were in possession of inside information.

The robbers were targeting one of the bank’s underground vaults, where millions of euros from the branches pour in every day for safekeeping. They managed to reach the control room from where they could open it.

Everything seemed to be going smoothly for the robbers until a neighbour informed the police about suspicious activity going on near the bank.

A patrol car was sent to the area but when it arrived, a car parked outside HSBC’s Windmill Street headquarters sped off, leading officers into a chase.

The three robbers, however, were still inside. Meanwhile, someone in the building, who the thieves had apparently not accounted for, called for help.

The patrol officers were asked to return to the site but as the two policemen were running up the steps leading to the banking centre they almost came face to face with the robbers. That is when a furious shootout erupted.

The officers were forced to take cover behind some trees, eventually inching their way towards the cars on the street for better protection.

As the shooting went on, a second getaway car rushed into the area and sped off with the robbers on board. The police opened fire at the vehicle but failed to stop it.

Dozens of shots are believed to have been fired, but no officers were injured.

In 2017, former police inspector turned lawyer David Gatt, was cleared of involvement in a string of armed robberies.

He had been charged with 14 serious offences, including the €1 million heist in 2007 from the HSBC Bank branch in Balzan, three failed attempts to steal armoured cash vans, the attempted 2010 robbery at HSBC’s headquarters, and the foiled hold-up of a jeweller in Attard a few months later.