Outgoing Prime Minister Joseph Muscat said on Sunday he did what he believed was right, amid his impending departure brought about by crisis sparked by the Daphne Caruana Galizia murder probe.

Addressing supporters in Naxxar and Żebbuġ, where they gathered to say farewell and thank you, he said: "I shouldered what I had to shoulder, and maybe even what I should not have. But the responsibility remains mine."

Dr Muscat said: "Our work now is to look ahead. I am very proud of this movement which we built together and I am sure that the us is bigger than the I in all this."

He said he was doing all this with serenity knowing that the movement did not start with him and would not end with him. 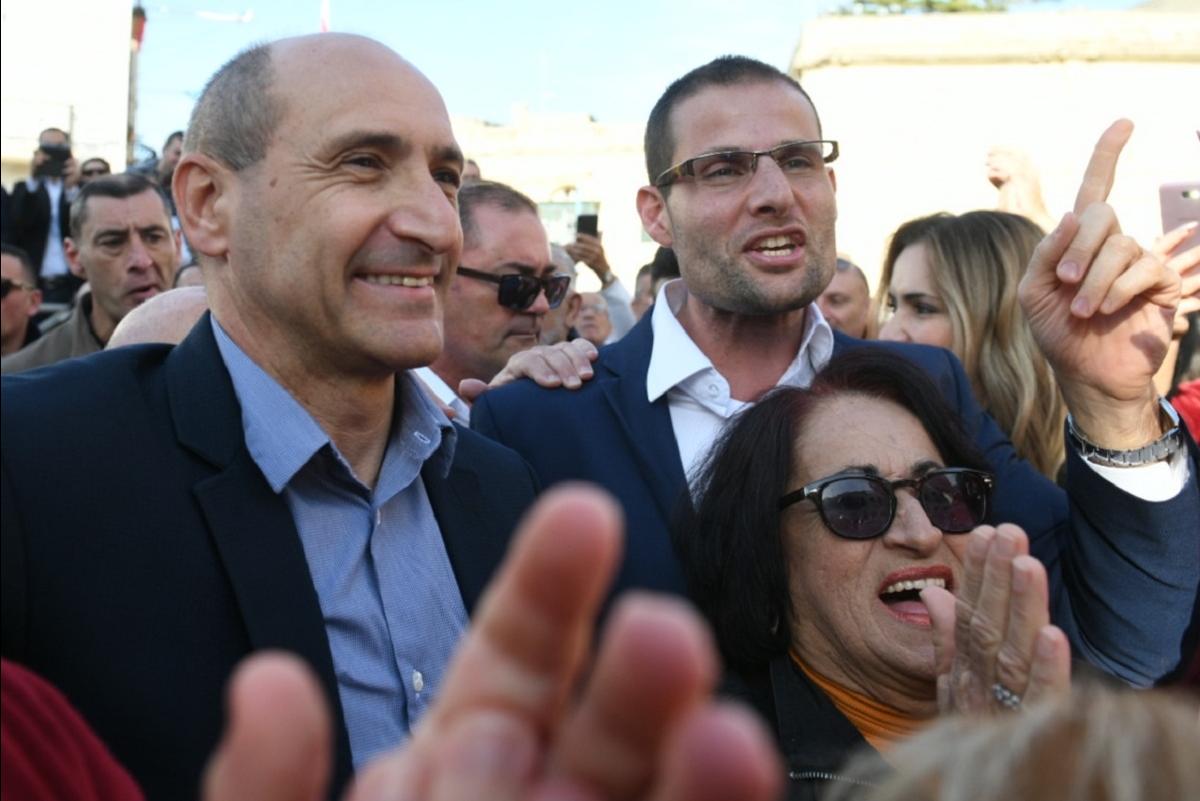 "I am sure that both Robert and Chris will be working with you and us to retain the fundamental point on which we have the support of the Maltese people’s majority. I say all this comforted not by numbers but by the fact that I see in these two people the qualities that hold the movement together.

"This process will not break us but will confirm the unity within us. I say this with certainty," he said.

He promised unconditional loyalty to the new leader.

Before Dr Muscat's arrival, party leadership contestants Chris Fearne and Robert Abela greeted each other as they were cheered on by the crowd.

From Naxxar, Dr Muscat moved to Żebbuġ, where he was greeted by fireworks.

In Żebbuġ, Dr Muscat said the government had two-and-a-half years to go and reforms would continue. 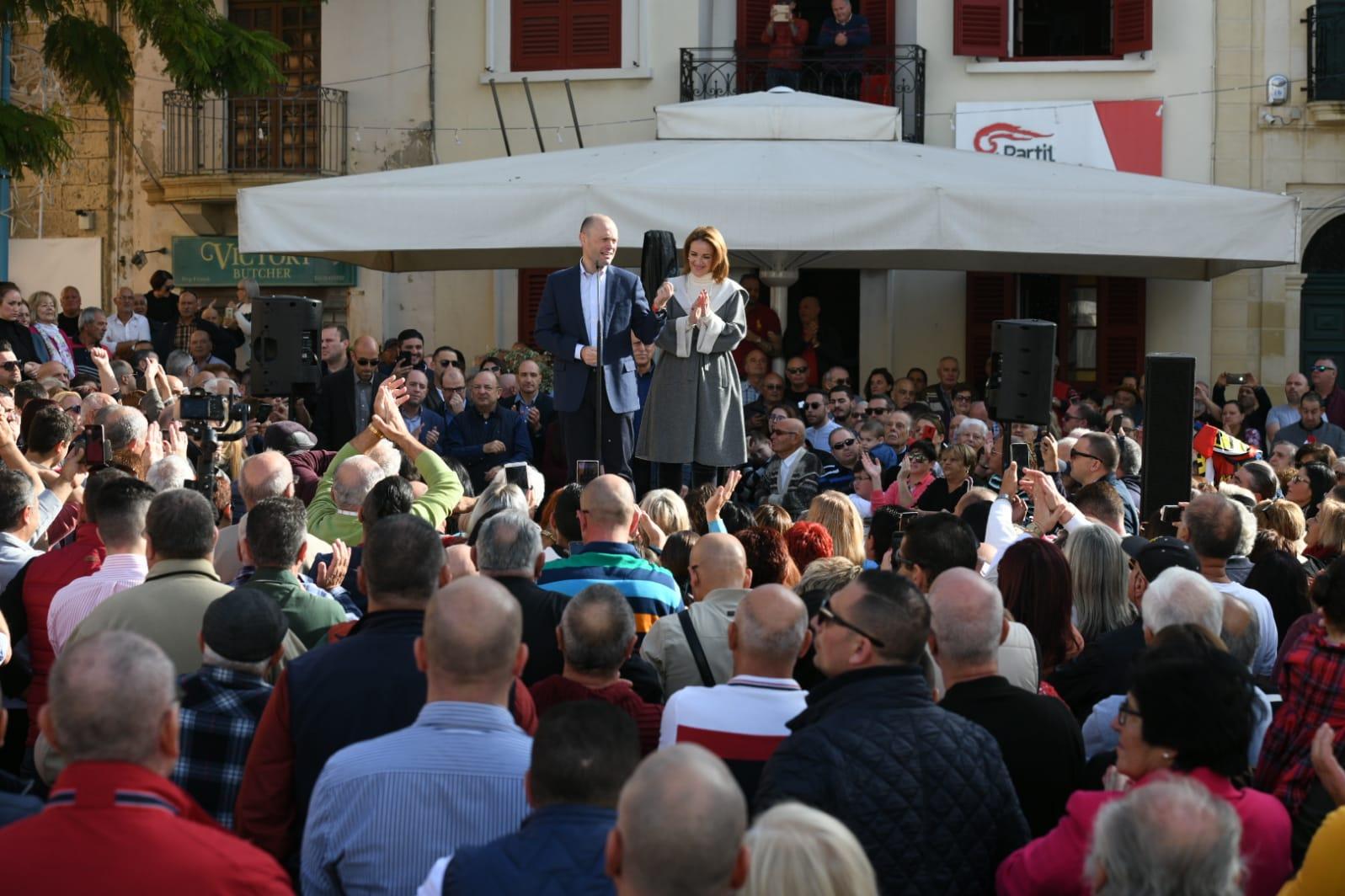 He said the party had experienced 10 subsequent electoral victories and he was convinced that under the new leadership the party would continue to progress and experience even more victories.

Figures showed that the party was still way ahead but he had to go because he had to shoulder responsibility so that those who came after him would have a solid foundation on which to build upon.

Next stop after Żebbuġ was Paola, where more supporters were waiting for Dr Muscat.

In Paola, Dr Muscat acknowledged there were people who were genuinely angry and concerned at what had happened but there were others who were united in their thirst for power and not in seeing justice being done.

He said he was proud of the country and the movement, that he had been chosen to lead and now that he would be among the people helping the party wherever necessary.

Irrelevant of whether the new leader would be Mr Fearne or Dr Abela, it was important that they were understood, given space and the strength to work.

He paid tribute to his wife Michelle, without whom, he said, he would not have managed to get to even a fourth of the road.

Dr Muscat said he and Mrs Muscat started regaining their life the past week with fewer e-mails and telephone calls and he looked forward to a life as normal as possible enjoying his family.

However, he would still be there to help the party where needed.

Reacting in a tweet, MEP David Casa told the leadership contestants they backed a man who defended corruption and whose office plotted murder, even giving him their vote last week when the truth was already out.

"Yet you cling on to him desperate for his support in your bid to become the new Prime Minister."

Dr Muscat is expected to stay on at the helm until the January 12 PL congress.

He announced he intended to start the process for a new leader to be elected on January 8, amid unprecedented pressure to leave at once in the wake of the Daphne Caruana Galizia murder fallout.

The calls have grown after indications that the economy is already feeling the pinch of the political unrest and a civil society protest, supported by a number of media houses, including Times of Malta, is being held on Sunday afternoon. 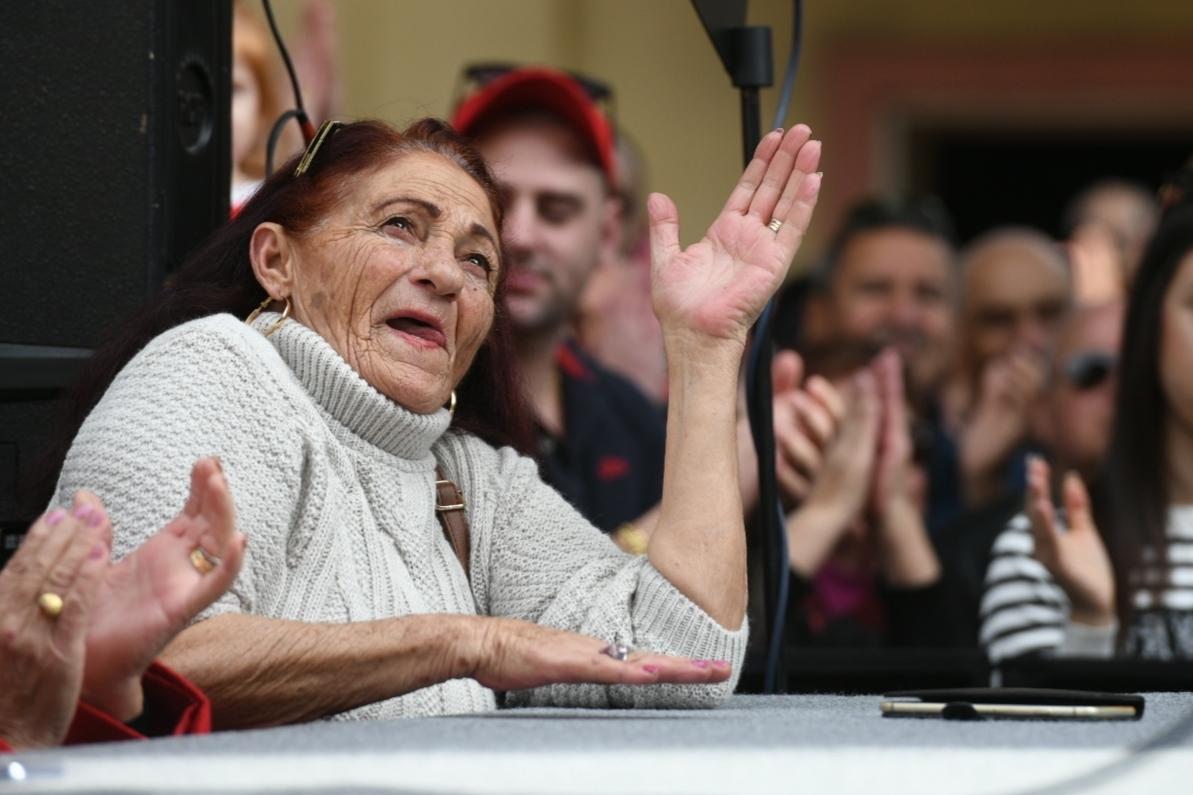