Opposition leader Adrian Delia had called for an independent inquiry into why a board member of the Planning Authority was flown to and from Malta on a private jet on Thursday last week to be present for a vote that approved the controversial db group 38-storey tower.

Jacqueline Gili, who voted in favour of the project, was flown in from a family holiday in Sicily at 9.30am, arriving late to the public hearing, and left Malta at 6.30pm that same day. 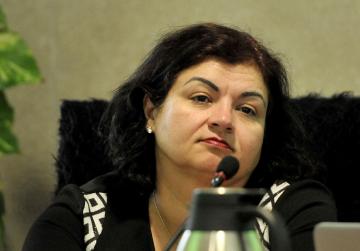 Ms Gili is a government appointee on the PA board and is employed as a director in the Department of Contracts.

Dr Delia said the issue raised several questions and the inquiry needed to establish the circumstances as to why it was felt that Ms Gili needed to be flown in for the vote.

A PA spokesman confirmed reports first carried on Newsbook but did not  reply to a request for further comment. Questions on the cost of the flight and why it was deemed necessary were not answered.

Scandalous and obscene doesn’t even begin to describe it. Everything is stitched up by the usual suspects. https://t.co/xtFIZMJCgl

It is extremely rare for all members of the PA board to be present for a vote. In 2017, Ms Gili was absent for 29 of 75 votes. That year, there was not a single hearing for which all members were present.

Times of Malta sources said fellow board members were not aware of the special arrangements being made for Ms Gili and several were in fact told she would be absent due to the family holiday.

In a reaction late on Tuesday, a government spokesman said the Planning Authority took the decision without informing the government.

"The government disagrees with the line of action," spokesman Kurt Farrugia told Times of Malta.

The project was approved by 10 votes in favour to four against.