Plans in place to push for Dwejra to be recognised as a Unesco World Heritage Geoparks site will remain in place despite the tragic collapse of the Azure Window last week.

Dwejra steering committee chair Timmy Gambin told The Sunday Times of Malta that while it was tragic that the much-loved natural arch was gone, the area had more to offer, and the committee would be forging ahead with existing plans.

“The plan in place covers the entire Dwejra area. We have always said that even if the Azure Window were to collapse, it would not jeopardise the status of the whole area,” Dr Gambin said.

The committee was reconstituted last year after disbanding for over three years. It was set up by the Malta Environment and Planning Authority in 2007 to manage the area.

The eight-person committee is chaired by Dr Gambin and includes representatives from the Malta Tourism Authority, the Gozo Ministry, environmental NGOs and the hotels and restaurants sector, among others.

We have always said that even if the Azure Window were to collapse, it would not jeopardise the status of the whole area

The Azure Window was created after two limestone caves collapsed. It was one of the Maltese islands’ most distinctive sites, attracting thousands of visitors every year.

Following a flood of reactions from both locals and people abroad, the government announced late this week that it would launch an “international initiative” for anyone with ideas on commemorating the landmark.

Just last month, the government an­nounced that a committee of experts had been created and allocated €200,000 to carry out studies on Dwejra for it to be considered a World Heritage Site by the UN. 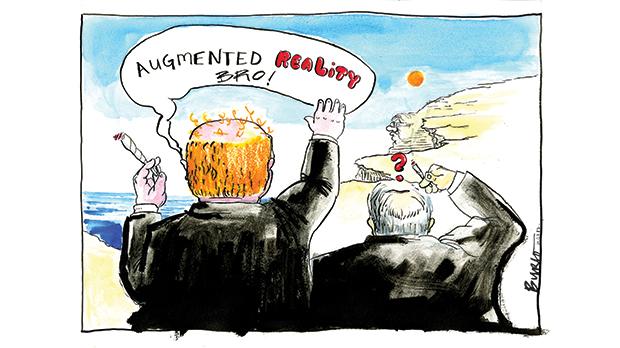 Dwejra businesses do not foresee doom and gloom

Business owners have dismissed suggestions that the collapse of the Azure Window may discourage tourists from visiting Dwejra, insisting the area still has the potential to attract thousands of people.

While there are fears the collapse will mean the end of the site’s popularity, those opera­ting businesses there do not believe this will be the case.

The owner of the Azure Window Wine Bar and Restaurant, the only restaurant at the spot, said while it felt as though “someone had died”, the restaurant would certainly continue to operate.

“I can’t bring myself to look in that direction just yet. It’s too sad. But we don’t have any plans to close down or move,” the restaurant owner said. “There is much more to the area than the Azure Window, and I’m sure people will still visit.”

As it has only been a few days since the window collapsed, many are showing up, curious to see the changed scenery, she went on.

And the restaurant’s name would remain unchanged. It was more apt today than ever before, as it commemorated the landmark, she added.

Echoing similar views, the operator of the City Sightseeing Gozo bus tours said the company had no plans to ditch the stop at Dwejra, even though the main attraction was gone.

“We’re not changing the route any time soon, that’s for sure. There’s a lot more to see there, and while the main attraction is gone, there are other unique elements, like the Inland Sea.

“There are other windows elsewhere, but the Inland Sea is unique, so tourists will still want to visit. The demand, so far, is still there, and as long as people want to visit, we will continue with the same route.” 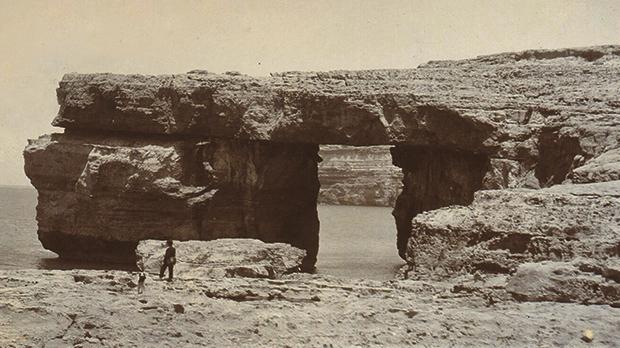 The Azure Window at the turn of the last century, when it still showed little sign of terminal illness.

The Azure Window, which has died after a long illness, was to Gozo what the Tower is to Pisa (in more ways than one).

It had the singular honour of appearing at least once on every page of every issue of Air Malta’s in-flight magazine. It served actively and with full honours in the Tired Adjective Regiment, a unit that included a number of famous, ico­nic, renowned, landmark, gem and breathtaking names in its ranks. It rubbed shoulders with the unfortunately named Fungus Rock, the coastal Inland Sea, a quarry, a shanty town, a car park and several purveyors of fine hot dogs.

Born into a family of Lower Coralline limestone about 30 million years ago, the window was a late starter. For much of its life, the best it could hope for by way of company was nesting sparrows and one or two brave fishermen. It really only came into its own when its ability to make visitors part with their money became clear. A good part of that power was down to nature, which had made it look man-made (like a window, in fact). Rather like sculptural cactus, the Azure Window sat bet­ween nature and culture. And, when the signs began to show of the malady that would end its life, people weren’t sure whether to leave it alone, as they might a work of nature, or restore it, as they would a crumbling church.

The Azure Window is survived by a heartbroken Prime Minister…

In a country obsessed with the protection and conservation of the landscape, the Azure Window had its own holy of holies. Hardly surprising, considering its twin status as tentative Unesco World Heritage and about-to-arrive Eighth Wonder. It shared its uniqueness with the likes of the Pyramid of Khufu, Machu Picchu and a similar natural arch just round the corner in Gozo.

The Azure Window is survived by a heartbroken Prime Minister, four inspired ministers and a sniggering public. Its place on the tentative Eighth Wonder list has been taken by Ta’ Pinu Church.