Prime Minister Joseph Muscat confirmed last night that Air Malta is considering some form of strategic partnership with another airline.

The Sunday Times of Malta reported last Sunday that regular meetings are currently being held with Turkish Airlines about a strategic partnership which could include privatisation. 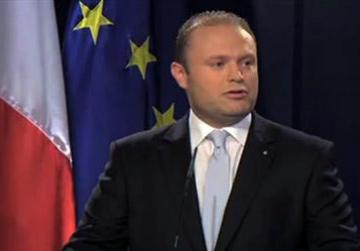 The government, he said, should retain control over Air Malta as it did with Enemalta (where a 33% stake has been sold to Shanghai Electric). In that way the airline would continue to be an important element in Malta's tourism industry while having a strategic partner.

The prime minister would not comment directly on the talks with Turkish Airlines, saying only that Air Malta was considering all options.

In other parts of the interview Dr Muscat defended his appointment of Cyrus Engerer as his representative at Malta House in Brussels, saying he did not drop people by the wayside. Mr Engerer had paid for his actions in court by withdrawing from the European Parliament elections, where he had been likely to be elected.

On the new university, Dr Muscat said the project would be built in the south of Malta but the government was prepared to be flexible on its siting. Those opposing the current siting also needed to be flexible, however.

He said the campus could possibly be built on two sites, although the investor was saying it should be one site.

Mepa, he said, would conduct a fresh study on potential sites with a broader brief.

APPOINTMENTS TO THE JUDICIARY

Asked about the appointment of two new judges and two magistrates, and asked why Magistrate Consuelo Scerri Herrera  was not made judge, Dr Muscat replied that she would be considered once the proceedings against her before the Commission for the Administration of Justice were concluded.