The government is reaching out to North African countries after the Paris terror attacks rather than hiding away, Prime Minister Joseph Muscat said today.

Speaking during an official visit to Algeria, where he is heading a large trade delegation, Dr Muscat said he would not seek refuge within Maltese borders as this was what the terrorists wanted.

"The terrorists may want us to recoil to our national frontiers but now is the time to do precisely the opposite. This is why I did not cancel my trip here but came with increased vigor and energy," he said.

Dr Muscat said he wanted to reopen business ties with Algeria and wanted to relaunch a bilateral business dialogue the two countries.

The discussions, he said, included the energy, health and tourism sectors which had exceeded his expectations. Dr Mizzi is expected to hold meetings with his Algerian counterpart later today. Algeria is a major producer of natural gas.

Mr Sellal said he wanted to "significantly" increase business relations with Malta, including through possible ventures in the financial services and ship building industries which Malta excelled at. The energy sector was also a possible source of collaboration he said.

The visit comes amid local controversy about the number of visas issued by Malta for Algerian visitors. The Opposition has claimed that flights from Algeria are coming full and going back empty, indicating that visa-holders are moving on to Europe.

The Prime minister said in Parliament on Monday that visa applications are scanned through the Schenghen data mechanism and there have been no complaints from France or any other EU country about the operations of Maltese consulates which issue the visas. 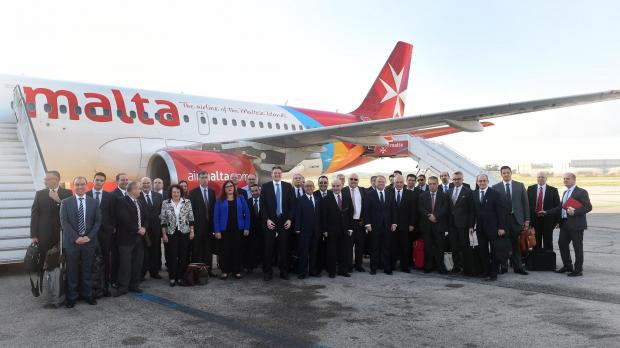