Prime Minister Joseph Muscat has defended MFSA chairman Joe Bannister in Parliament, despite his being involved as a non-executive director in a company based in the British Virgin Islands (BVI). 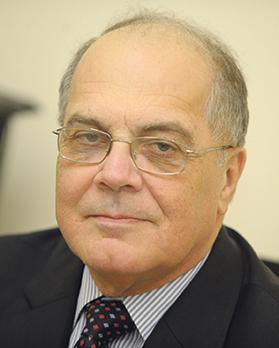 Documents in the Paradise Papers show the BVI company linked to Prof. Bannister invested in a Russian mining venture suspected of siphoning off public funds.

An investigation spearheaded by Norwegian news outlet Aftenposten found out that one of the owners and directors of the Russian mining company, Alexander Glushovskoy, was wanted internationally for fraud.

According to the Paradise Papers, in 2008, the EBRD, owned and funded by over 60 countries including Malta, invested $21 million in the Russian mining venture.

Dr Muscat said Prof. Bannister had “spoken” to former prime ministers Eddie Fenech Adami and Lawrence Gonzi, and nothing emerged which would have im-pacted his role in the MFSA.

One of the owners was wanted internationally for fraud

The MFSA chairman’s involvement in the BVI company only became known this month through the Paradise Papers leaks.

Prof. Bannister had given the impression in an interview that he took up the role before he became MFSA chairman, but documents obtained from the British Virgin Island’s company registry show the firm in question was incorporated in 2007.

Dr Muscat had said in May that Prof. Bannister would start the process of resigning from the MFSA at the end of the year.

Contacted by this paper last week, Prof. Bannister said the ball was in the Prime Minister’s court, as he was the one with the authority to appoint his successor.

He confirmed he had asked the Prime Minister to allow him to “retire” before the end of his five-year term for personal reasons.

Prof. Bannister insisted that, to ensure a smooth transition, there had to be a detailed handover.