The Nationalist Party today "categorically denied" claims that salaries for its secretary general and corporate strategy head were financed by donations from Silvio Debono's db Group.

In a statement, the PN said that it had received €3,500 in donations from the group throughout 2016, while its media arm Media.Link Communications had "commercial relations" worth €70,800 with two companies linked to Mr Debono.

READ: db Group says it was asked to cover salaries for PN officials

The party said that it had collected €1,170,186 in donations last year, and published a copy of the declaration form it said it had submitted to the Electoral Commission. The document can be seen in the PDF link below.

It said that the party itself paid for secretary-general Rosette Thake's salary, while corporate and business strategy chief Brian St John was paid his salary by Media.Link Communications.

But in a reaction (see below), db Group said the PN was lying about the figures as well as about the 'commercial relationship' between it and Media.Link Communications.

Later in the evening, PN leader Simon Busuttil made a brief appearance on NET TV in which he said that db Group's claims were disingenuous.

"Every donation made to political parties go towards their operations, including salaries," he said, adding that the PN "accepts money from anyone."

"Parties live off donations. They do not get funding from elsewhere. But this does not mean we have to keep our mouth shut," the PN leader said as he said it appeared the government and db Group were "in collusion".

WATCH: Labour has no such deals with business, claims Muscat 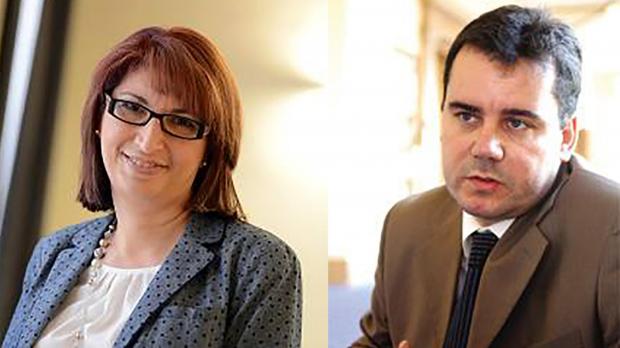 The party was reacting to a statement made by db Group yesterday evening in which it said that the PN had asked it for money to cover the salaries of its secretary general and CEO.

In the statement, db Group had said that PN leader Simon Busuttil was fully aware of the PN’s requests for the company to finance the salaries and also aware that the PN had accepted the funds.

"We challenge the PN to say what commercial services we received from Medialink in 2016 and how these amounted to €70,800," the group CEO said, calling the PN's claims an "outright lie."

"It was the PN's highest officials who told us that the €70,800 they had requested were to be used to cover the salaries of its secretary general and CEO," the statement read.

"These same officials asked to send us invoices through Media.Link, as they in fact did. In 2016 these amounted to €70,800, exactly the amount they had asked for to pay the two salaries."

It heaped scorn on the PN's claims of commercial transactions between Media.Link Communications and companies owned by Silvio Debono and said that if these really existed, the PN should "immediately publish these contracts and proof of the services provided."

The PL accused its rival of having broken party financing laws and challenged PN leader Dr Busuttil to state when he had first been told that deputy leader Mario de Marco was to provide consultancy services to db Group, and if the party had any other similar agreements.