The Executive of the Nationalist Party in a statement this evening condemned Nationalist MPs Franco Debono, Jeffrey Pullicino Orlando and Jesmond Mugliett over the way they voted in parliament on the motions against Carm Mifsud Bonnici and Richard Cachia Caruana.

The Executive saluted Dr Mifsud Bonnici and Mr Cachia Caruana and thanked them for their years of service to the country.

It urged them to continue to serve the country despite the personal attacks made against them. 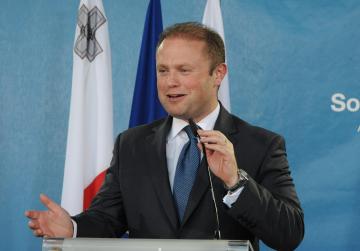 Meanwhile, Labour leader Joseph Muscat, speaking at a PL activity in Qrendi earlier this evening, said that the prime minister's silence 48 hours after he had lost yet another important vote in parliament, was continuing to fuel uncertainty in the country  He said Dr Gonzi was holding the country in limbo, to the detriment of the economy and the welbing of its people.

He said that Dr Gonzi should at least react to the claim that a third of his parliamentary group had not wanted to vote with the government in the motion against Mr Cachia Caruana.

No denial had been made, Dr Muscat observed.

He added that in his speech in parliament on Monday, after Dr Pullicino Orlando said he would vote for the motion against Mr Cachia Caruana, the prime minister interpreted the motion as being one which accused him, as prime minister, of betrayal and of breaching the laws.

Once the motion had been approved by a majority of the House, parliament had told the prime minister that he was guilty of betrayal and breaking the laws.

Did Dr Gonzi view his position as tenable in view of such a serious charge by parliament itself?

Dr Gonzi was now ignoring parliament in a situation which reflected arrogance. He was also being disrespectful of the House when he said that he was allowing Mr Cachia Caruana to stay in his post as permanent representative to the EU for another few weeks.

This showed how the prime minister had no talent with which to work and how the whole edifice was built on a small circle of people. He was sure, Dr Muscat said, that there were several competent people who could take over Mr Cachia Caruana's role.