The Nationalist Party has told Alternattiva Demokratika that it cannot make it a coalition offer different to the one discussed last week.

In a statement, the PN said that it had informed AD leaders of its position earlier today.

The PN said that while its offer to form a coalition with AD similar to that agreed upon with Marlene Farrugia's Partit Demokratiku still stood, it would not budge from that coalition model.

In a reaction posted to Facebook, AD chairman Arnold Cassola made it clear the decision meant an end to coalition talks. His post began with a two-word reply to the news: "No coalition."

"It is a pity that the PN has not been able to put country before party," Prof. Cassola wrote. "Simon Busuttil and the PN will carry full responsibility for giving Joseph Muscat and his three political delinquents Konrad [Mizzi], Keith [Schembri] and [Brian] Tonna the possibility to go for a further five years in government."

Talks between the PN and AD faltered last week following a disagreement over the name of the coalition, despite the leaders of both parties saying that there was broad consensus on matters of principle.

While the PN wants AD candidates to contest under a PN banner and distinguish themselves using a nickname, AD leaders have insisted that the coalition should contest under the umbrella name Qawsalla [Rainbow].

In an official party statement made following news of the PN's take-it-or-leave-it proposal, AD leaders said that their coalition demands were intended to ensure that the PN used the alliance to bring about genuine change, rather than simply "for arithmetic purposes".

AD shared the document it had presented to the PN during talks last Friday. The full proposal document can be read in the pdf link below.

The document proposes calling the electoral alliance Qawsalla and including policy proposals ranging from electoral reform, regulation on political lobbying, drug decriminalisation based on the Portuguese model, including environmental protection in the Constitution and making parliament, rather than the government, responsible for appointing people to key positions within the civil service, police and regulatory bodies. 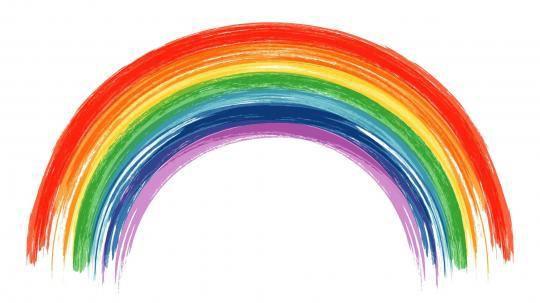 The proposed emblem of the Qawsalla party AD had suggested.

AD's proposals were however not considered to be workable by the PN, which in its statement announcing its position said that "the Constitution and electoral law as it stands make it very difficult to create a coalition of the sort Alternattiva Demokratika wants.

"The PN and PD have already established a practical and workable model for an electoral agreement in which the two parties' identities remain distinct."

It said that the PN remained open to forming a coalition with the AD, provided this was modelled on its agreement with the PD.

"The PN will continue to seek to build consensus within society, and therefore appeals on all political forces to work together during this moment of truth to deliver a new government that can build a clean country."