A poacher tried to run over a Committee Against Bird Slaughter (CABS) member in front of the police, the group said in a statement.

CABS said the incident in Ħal Far happened after the poacher realised he was being watched.

No further details were provided in the statement.

CABS said there have also been several incidents of intimidation and threats made towards their teams.

Footage taken by CABS over the past few days.

A group of tourists were even chased by bird trappers on Dingli Cliffs who wrongly suspected them to be CABS members, the statement said.

CABS said that in the last 10 days, its teams have uncovered large scale and widespread illegal trapping of protected songbirds on the coasts of Malta and Gozo. 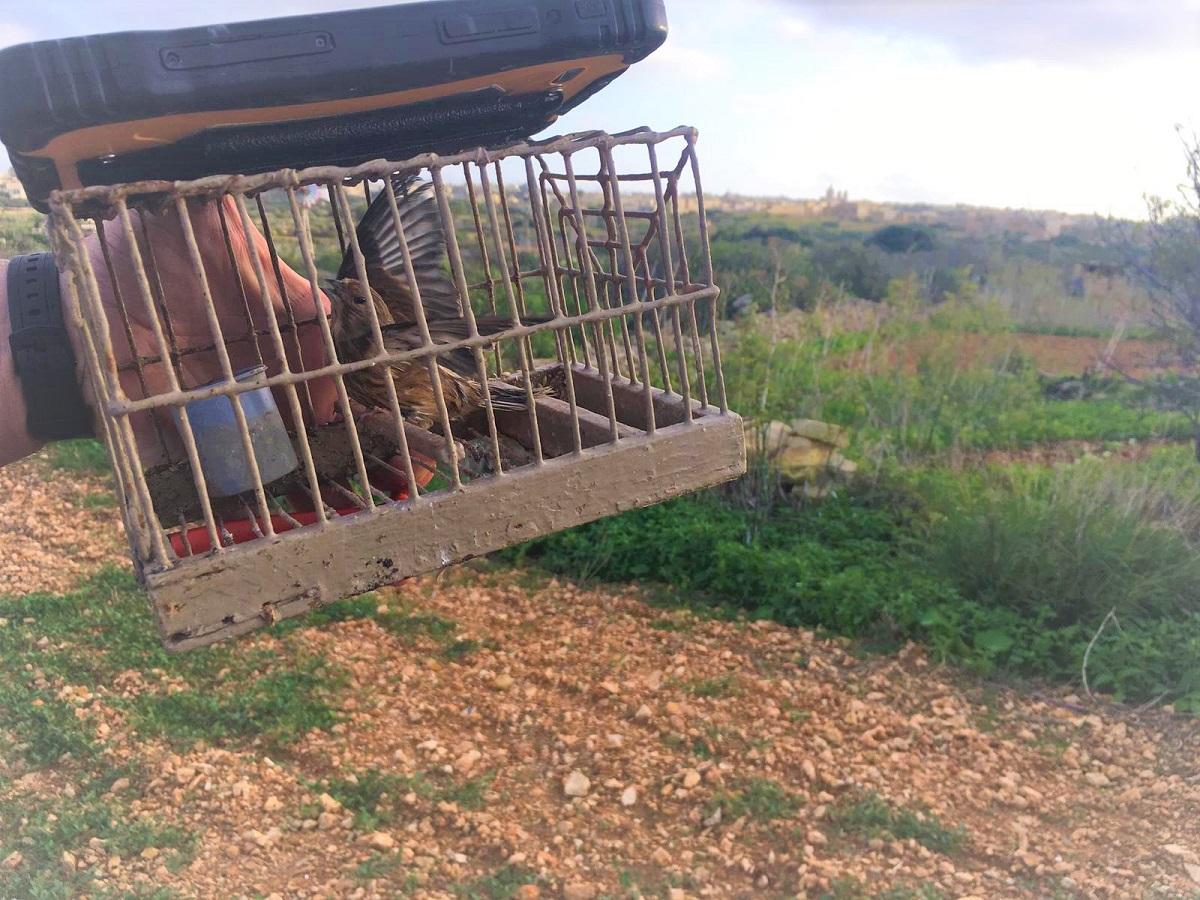 A live Linnet decoy confiscated by the police.

A total of 18 cases were reported to the police who confiscated 15 sets of clap nets and approximately 50 live birds.

Five trappers were caught red-handed by the police and will be taken to court in due course. Another 13 poachers ran off when they saw the police arriving, but CABS is optimistic that they will be subsequently identified, CABS said.

"We have provided the police with our footage which shows their faces and, in some cases, also the vehicle registrations of their cars ", said CABS Wildlife Crime Officer Fiona Burrows.

A video of the operation uploaded by CABS on Thursday showed surveillance footage of trapping sites in Ħal Far, Mġarr, Xlendi, Qrendi, Dingli, L'Ahrax and Sannat.

Ms Burrows said although 15 nets have been seized by the police, in three other incidents the nets were removed by the trappers before fleeing the scene. 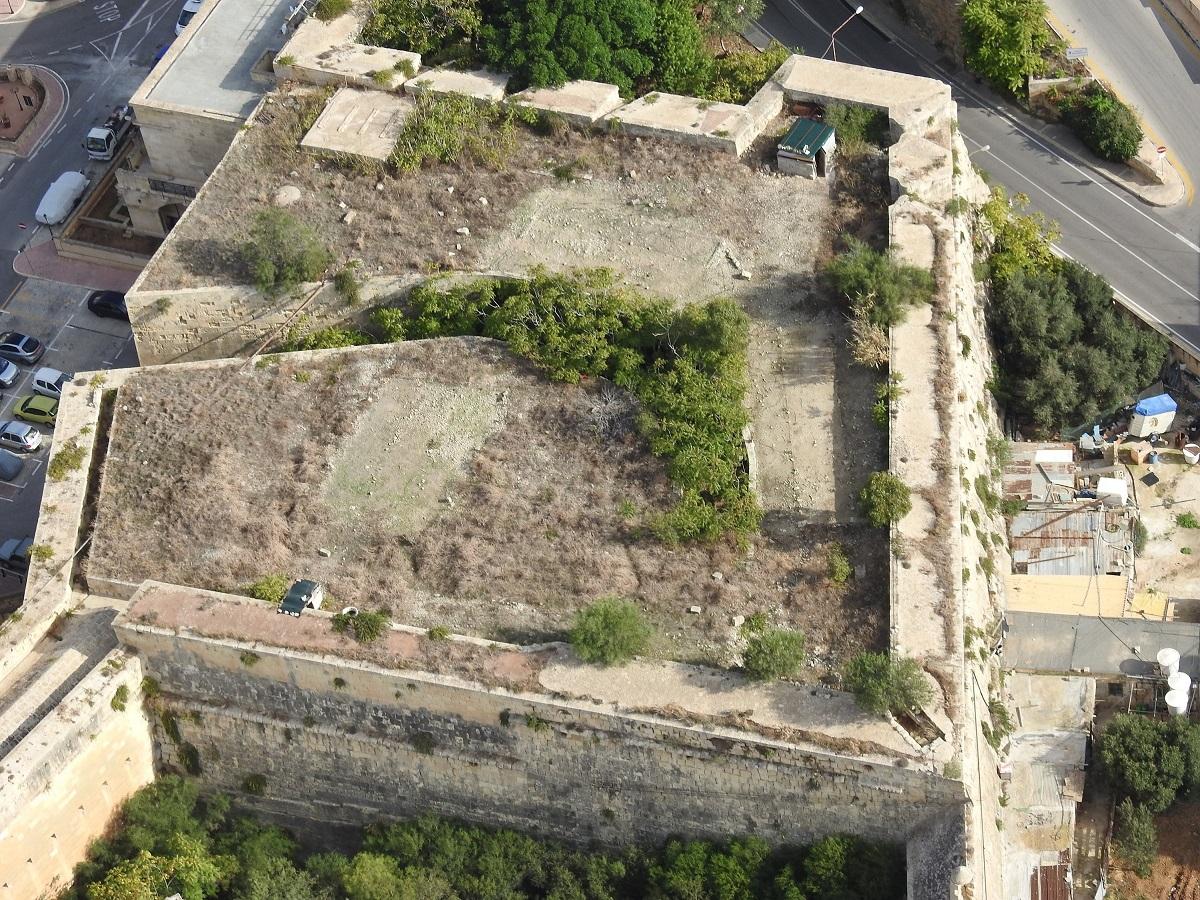 A trapping site on rooftop of Cottonera Lines.

She said live decoy birds were only seized when trapper abandoned them or if there was no visible ring.

"Unfortunately  there was no bird expert or enforcement officer available from the Wild Bird Regulation Unit (WBRU) able to conduct proper and thorough checks of the ringed birds.” Ms Burrows added.Furthermore, 20 additional finch trapping sites which have been confirmed as recently active from both an aerial survey and field investigations have been reported to the police for further investigation, CABS said.

These also include three trapping sites installed on the rooftop of the historical Cottonera Lines in Vittoriosa, CABS said. 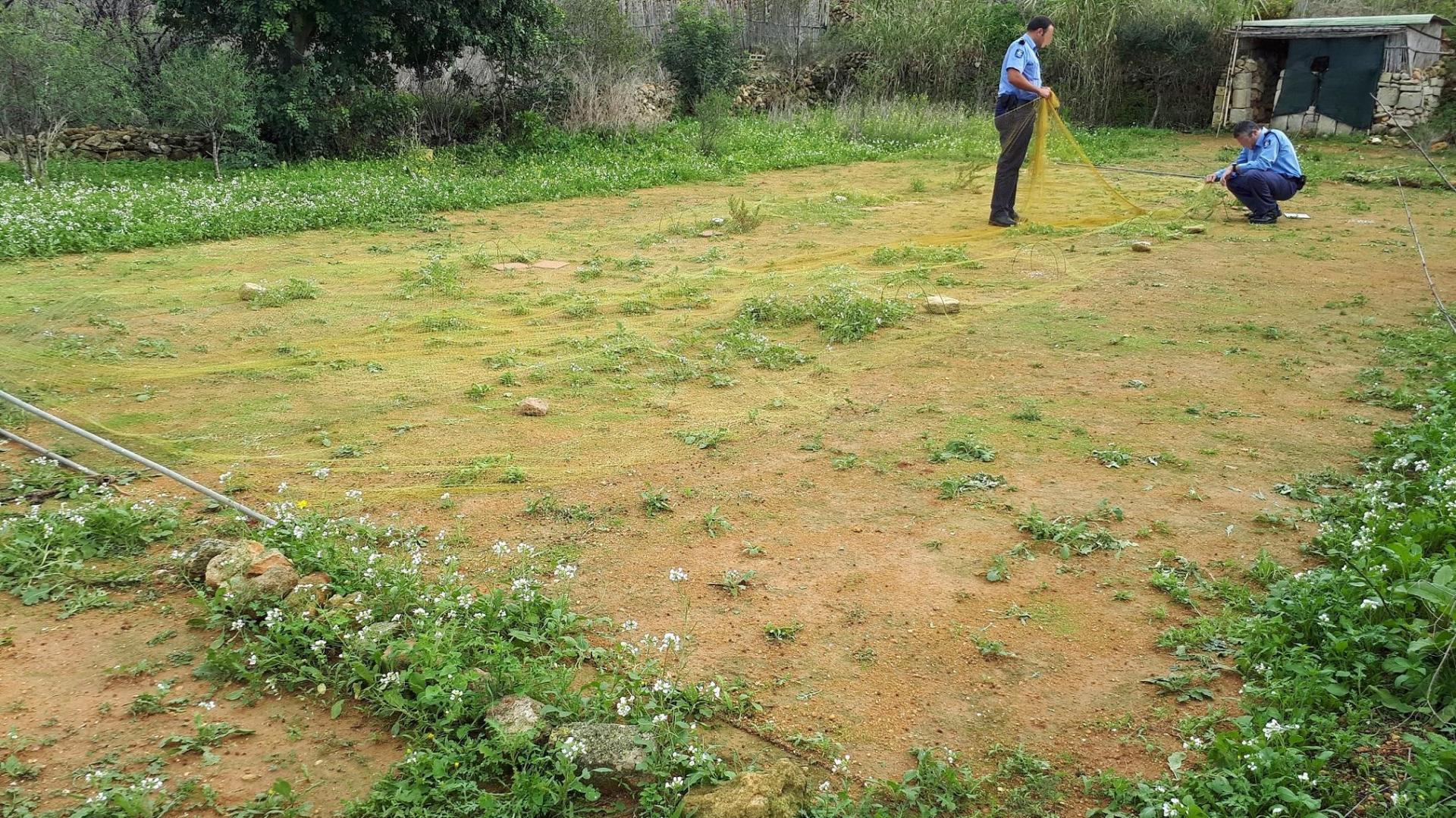 Police dismantling a net in Gozo.

Finch trapping is a controversial practice on Malta which was declared illegal by the EU courts last year. Following this verdict Malta has recently changed its legislation and banned finch trapping all year around.

But according to CABS the government does not seem to be very eager to enforce the new rules.

“If our teams can find 38 illegal sites in only 10 days this shows that the total ban only exists on paper”, CABS Press Officer Axel Hirschfeld said adding that Malta desperately needs an experienced, professional Wildlife Crime Unit to cope with its bird poaching problems.