Off the rocky coast of southeastern Italy, two scuba divers from the financial crimes police bob in and out of the blue waters, under the curious gaze of vacationers.

They’re seeking neither buried treasure nor smuggled contraband, but evidence of the hunt for date mussels, a forbidden mollusc turned status symbol whose poaching is indelibly destroying Italy’s coastlines.

The signs are unmistakeable.

Just below the surface, the calcareous rock that is home to countless organisms is gutted by hundreds of manmade holes – proof that unscrupulous poachers have chiselled, crushed and blasted the reef to extract the bivalves burrowed inside. 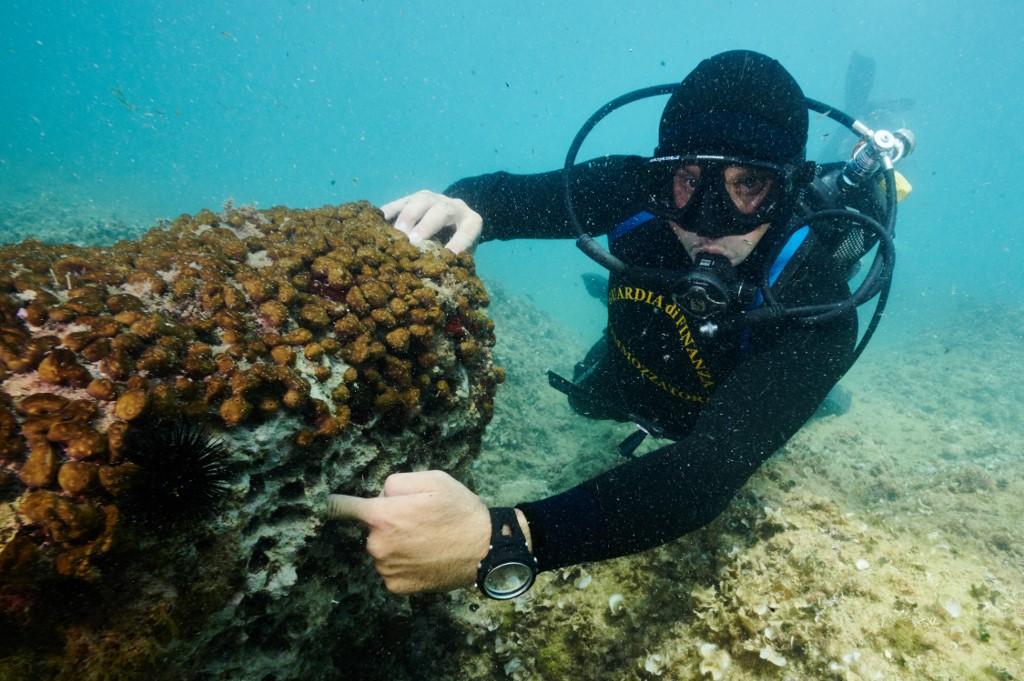 “These men put on their oxygen tanks and masks, go down... with hammer and chisel and start to break the rock,” said Arcangelo Raffaele Gennari, commander of the Guardia di Finanza in Puglia’s port city of Monopoli.

“There have been cases in which we’ve seized mini jackhammers,” he told AFP during a recent visit.

“Even explosives have been used.”

Fuelling the trade are the soaring black-market prices for the narrow brown “Lithophaga lithophaga”, said to boast a delicate oyster-like flavour, which can cost nearly €200 per kilo.

Poachers supply fish markets or restaurant owners who sell under the table to high rollers – including cash-rich mafiosi – flaunting their wealth at Sunday lunches with a raw seafood platter or extravagant spaghetti. 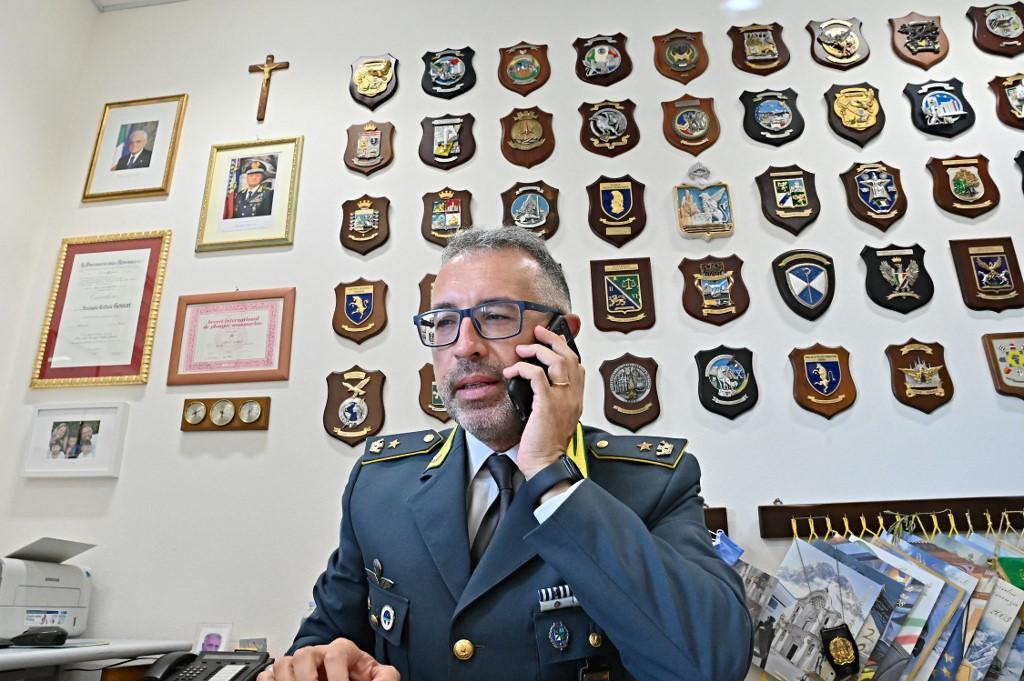 Commander Arcangelo Raffaele Gennari, speaks on his phone while answering questions on illegal harvesting of date mussels in Monopoli.

“If you think that in an hour and a half, two hours, if you find the right spot you manage to take out eight or nine kilos... you’ve made an exorbitant amount of money in one day,” said Gennari. 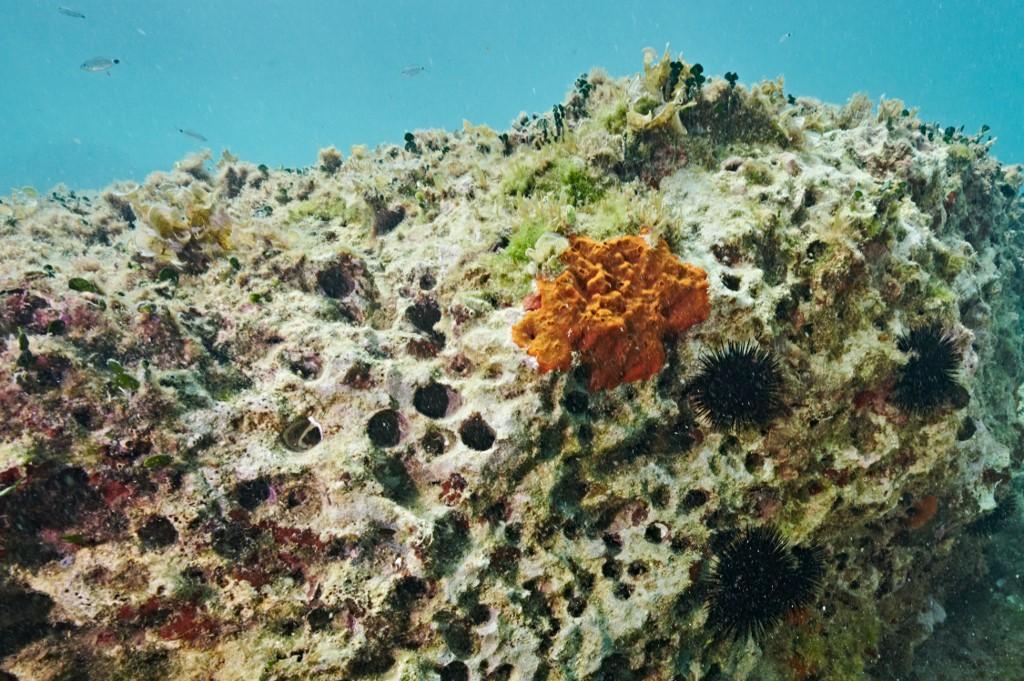 A rock which has been defaced by the indiscriminate and illegal harvesting of date mussels.

Thirty years ago, marine biologist Stefano Piraino and colleagues discovered that more than 40 per cent of Puglia’s Ionian coast was extensively damaged due to date mussel harvesting.

That research led to Italy’s 1998 law prohibiting their collection, sale and consumption, followed by a 2006 EU-wide ban.

Returning this year to the same areas as part of a government-funded project, Piraino has so far found fewer sites showing recent damage but has little hope for reefs already destroyed.

Time alone does not heal the “all white, denuded” rock surface devoid of life, he said: “It’s a devastating impact”. 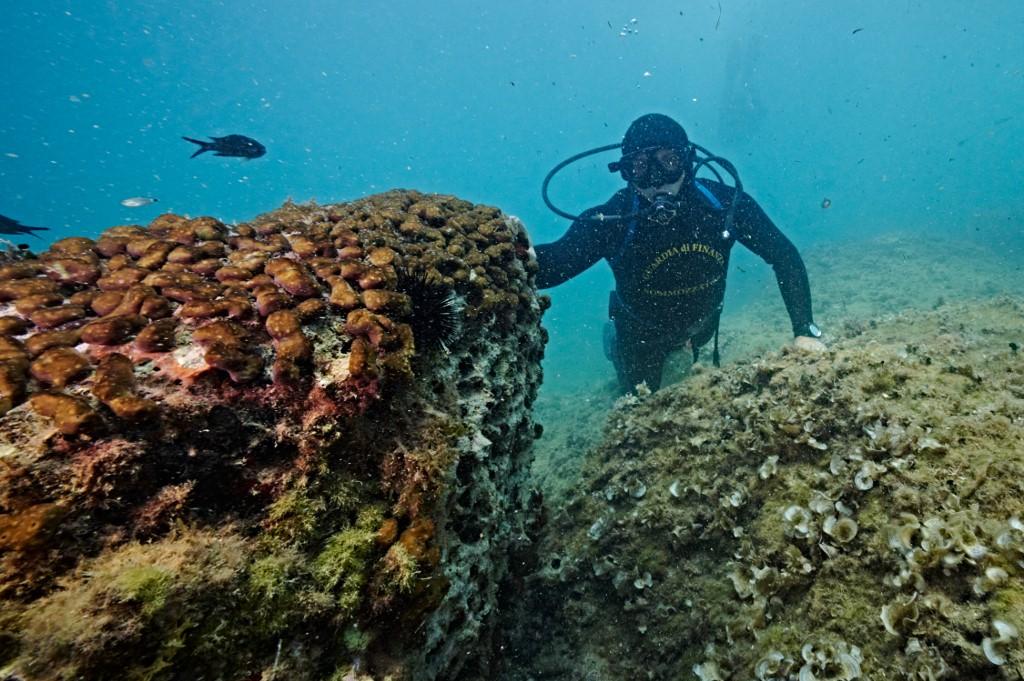 A Guardia di Finanza diver inspects the damage on a rock which has been defaced.

But more critical is the impact on the delicate marine ecosystem, where not only the reef but all the organisms dependent on it are destroyed.

A 2019 study by Naples’ Parthenope University found an average of 1,500 manmade holes per square metre in the reefs of the south-western Sorrento Peninsula, damage that ultimately causes the rock to collapse entirely and harm the seabed below.

Researchers are examining ways to help reefs recover, including removing sea urchins, whose grazing prevents new vegetation from growing on rocks, or planting seedlings of tiny organisms in hopes they will propagate.

But the problem goes beyond Italy, warned Piraino, who called for more education and enforcement throughout the Mediterranean.

A search of TripAdvisor.com found date mussels mentioned by reviewers or shown in photographs as recently as last year in restaurants in Albania, Slovenia and Montenegro, where they are illegal but more easily found.

In March, environmental groups hailed a six-year prison sentence for the head of a criminal ring operating in protected areas near Naples and the island of Capri – the first-ever conviction for the crime of “environmental disaster” related to date mussels.

“Attacking the ecosystem isn’t like selling drugs,” said Mariagiorgia De Gennaro, a lawyer for maritime non-profit Marevivo, a party to the case.

“It’s a domino effect that has an irreversible impact.”

Authorities are increasingly clamping down on every part of the chain, from fishermen to restauranteurs and even consumers.

Last year Puglia seized 97 tons of illegal seafood, including date mussels, the most in Italy, according to environmental group Legambiente.

Most illegal fishing offences occur in Sicily, Puglia and Campania.

Last month, a video went viral of a man on a beach near Naples hammering a rock to extract the molluscs in full view of sunbathers.

More commonly, perpetrators – usually a diver, helper and lookout – operate at dusk or just before dawn.

But authorities cannot win the battle as long as there remains a willing market from consumers.

“When you eat a plate of linguini with date mussels, a whole square metre of ecosystem has been destroyed,” Piraino said. 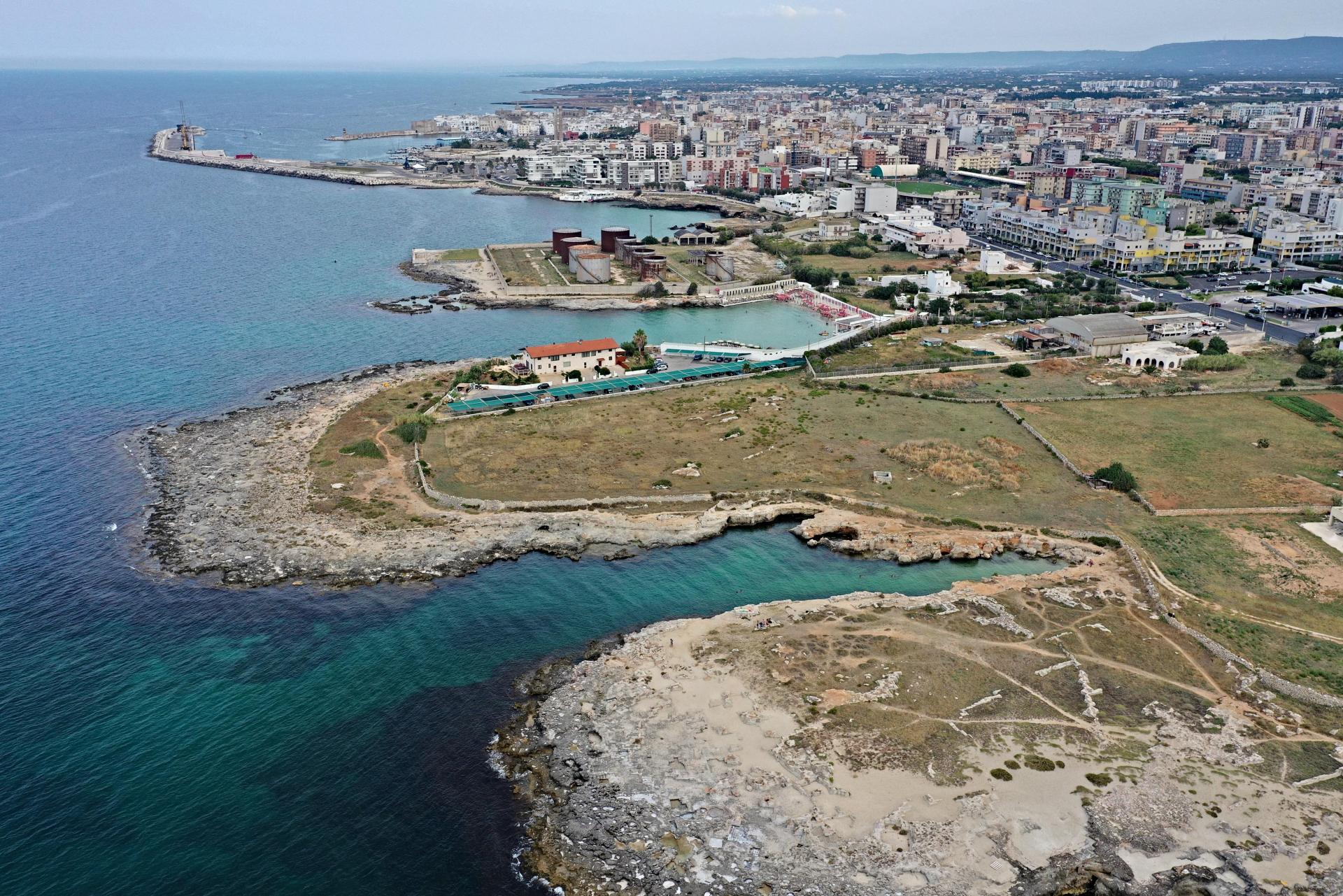 A view of the Adriatic coastal city of Monopoli in the Puglia region of southern Italy.