A 46-year-old man has been arrested by the police in connection with a cocaine find. 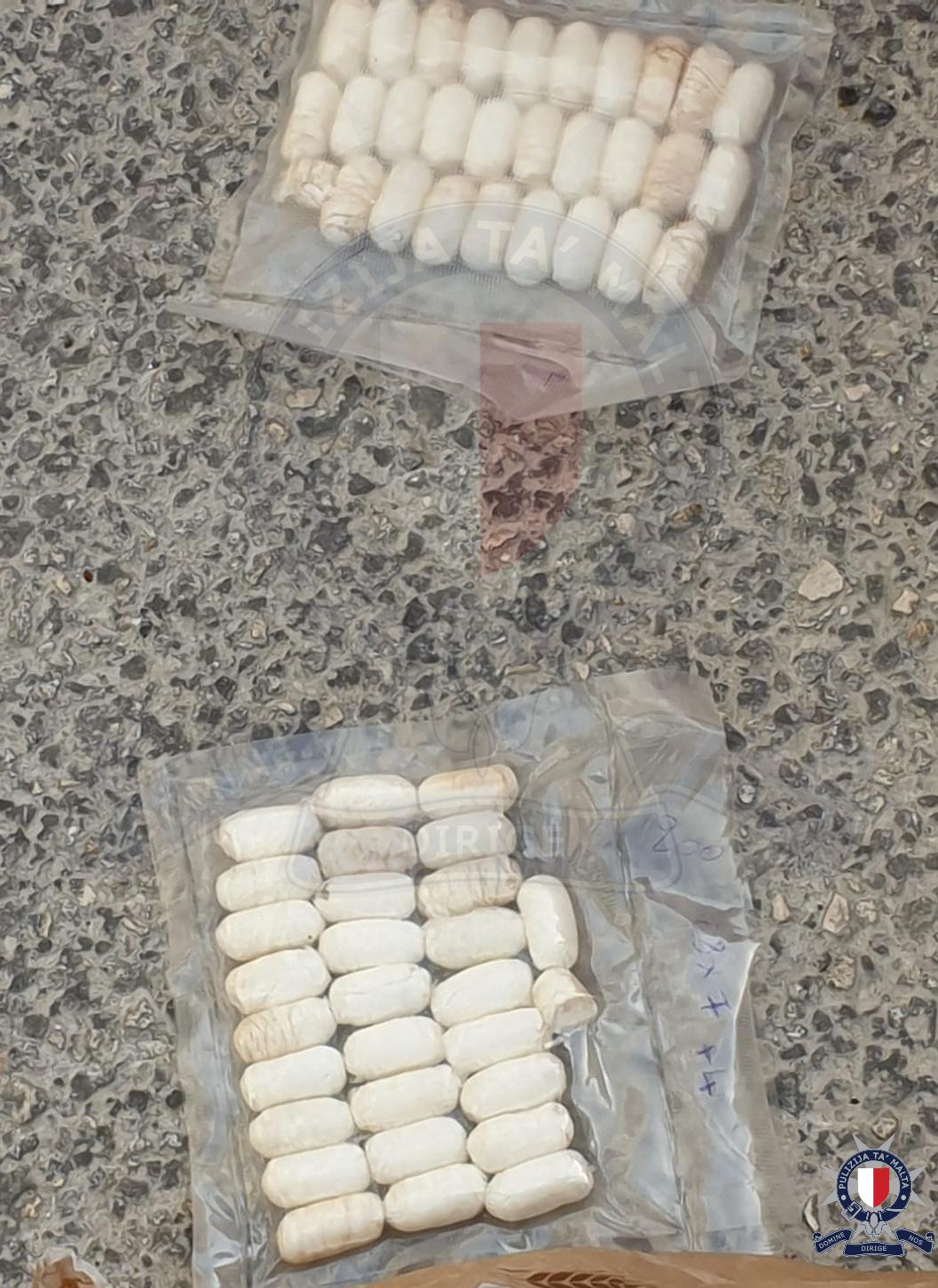 The police said on Sunday that the man, who lives in Valletta and who is currently being held at the police lock-up in Floriana, was stopped by members of the Drug Squad in Triq Victor Denaro, Msida.

On sensing police presence, he tried to escape and threw away a suspicious package, which, from preliminary analyses, the police found to contain around 700 grams of what they suspect is cocaine.

An inquiry is being held. The man is expected to be charged in court on Sunday.

The police are investigating.