A police report has been filed over arrows sprayed in red paint on garigue and protected rubble walls at the Majjistral Nature Park.

The park's management says the paint is hazardous for wildlife as it contains toxic chemicals, and removing the markings can only be done by using more chemicals such as paint remover.

Those who notice similar markings have been asked to flag the location through the Facebook page Il-Majjistral Nature and History Park.

However, this is not a lone act of vandalism. 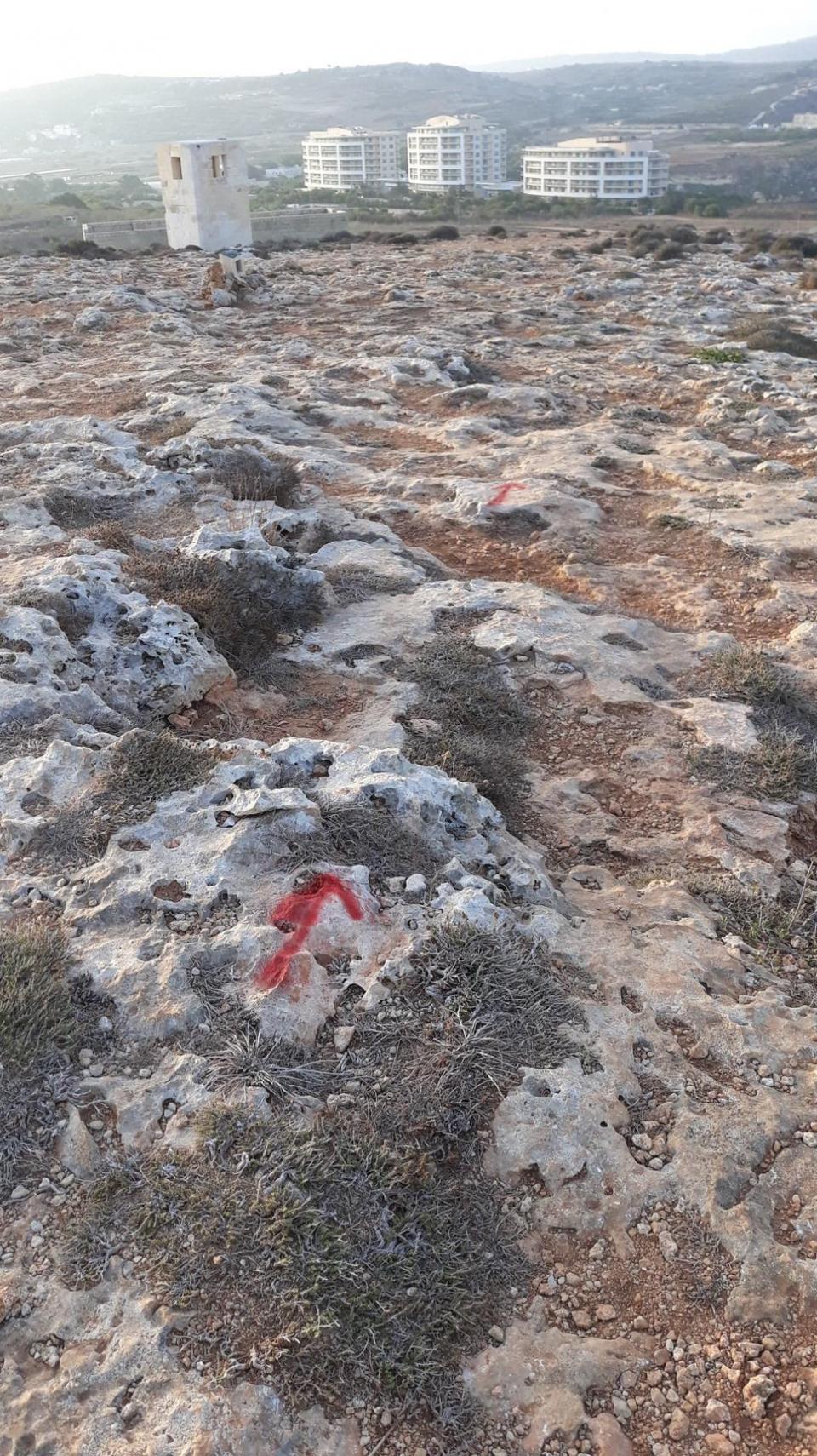 Trail runners and cyclists have flagged similar markings all across the islands, including in Comino and in Sannat, Għajnsielem and at scenic Ras il-Ħobż in Gozo.

Avid trail runner Nadia Portelli said she first noticed markings in the shape of "dots" some two months ago. The paint used for these markings, which seem to delineate tracking routes, is not the harmless chalk-based kind that is used for races.

Together with other runners she voiced her concern about the vandalism on social media, however, the markings continued to increase over the past few weeks.

Arrows have been sprayed on rubble walls, garigue and sand dunes, and are also especially visible in the Ġnejna area, where Portelli has followed the markings for at least 25 kilometres. They have also been spotted at Fomm ir-Riħ, Ras il-Qammieħ, the Red Tower area and Għar Lapsi.

Rubble walls are protected under law due to their historical and architectural importance, and because they are a habitat for flora and fauna, and help conserve soil and of water 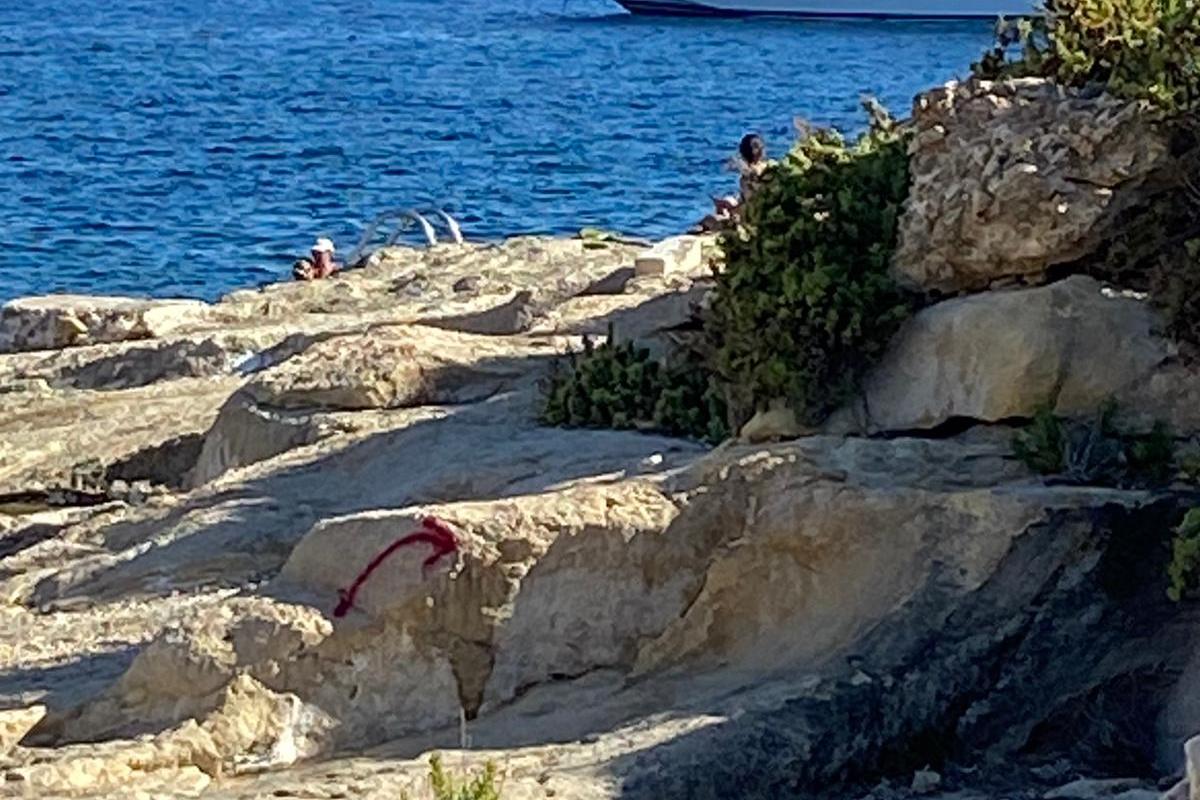 Runners who frequent the Majjistral park area were “perplexed” because for years, no one had ever needed any markings to follow the natural trails.

The Majjistral park management and the Malta's Mountain Bike Association are looking into the best way to remove the markings and plan a clean-up in the coming days. 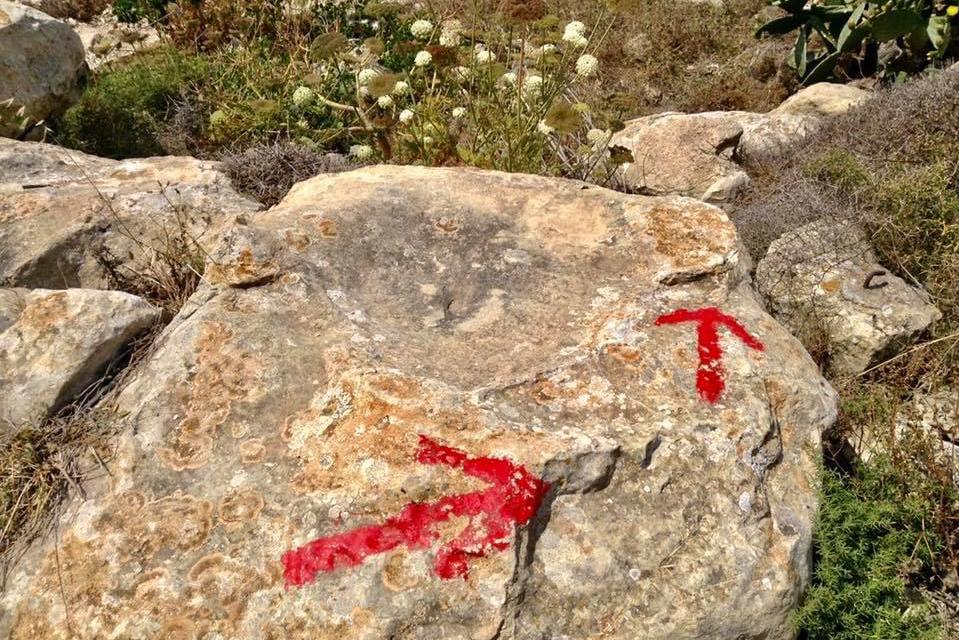 At Ras il-Ħobż. Photo sent in by a resident.