Masked robbers threw a female sales representative to the ground before making of with valuables from a Sliema jewellery shop.

Police are investigating the robbery at Classic Jewellers in Bisazza Street, Sliema, on Tuesday afternoon.

The three men pushed the 31-year-old woman and began breaking display cases to steal the items inside, police say.

No one was injured but the unarmed thieves escaped with an amount of jewellery. The robbery took place at 3.45pm. 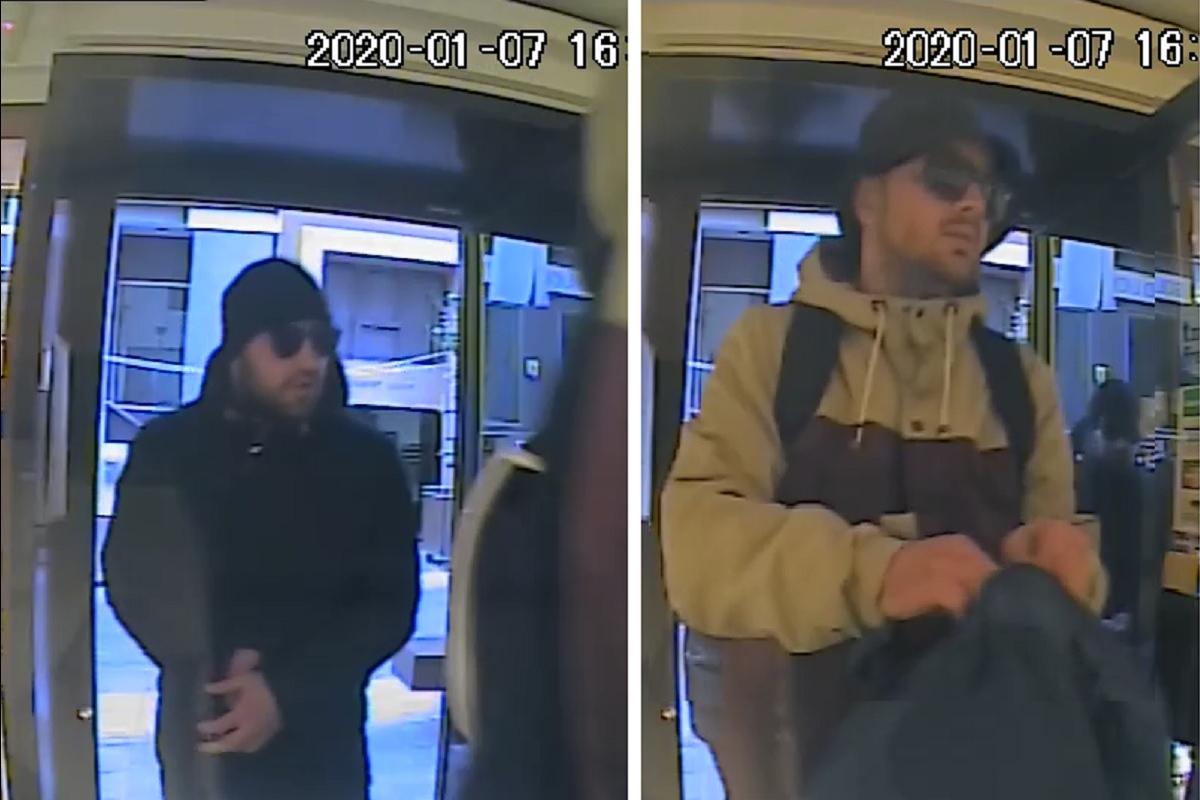 Two of the three thieves.

Karl Micallef, CEO of Classic Jewellers, said the men who broke in knew what they were doing because they took the most expensive jewellery. They also took cash but it was not yet certain how much they took.

The sales representative from the next door shop, Sorbino, said he heard a woman screaming and then caught a quick glance of three men running down the street.

The men were not hooded and one of them was dressed in black. However, he was with clients at the time so he could not leave the store.

The barista from Dolce Sicilia was also alerted to the theft when she heard screaming. By the time she left the coffee shop to see what had happened the thieves had fled and the sales representative from Classic Jewellers was outside the shop screaming anxiously on her phone.

Glass from the display cases had been shattered and police were on the scene within minutes, she said.

District police and officers specialised in probing armed robberies and hold-ups were called in to investigate the matter.

An inquiry is being held. The police are investigating.