Police officers were in Buskett last Sunday as hunters pelted birdwatchers with stones but they were in the wrong place.

Acting Police Commissioner Ray Zammit said yesterday it was impossible for the police to be present everywhere. 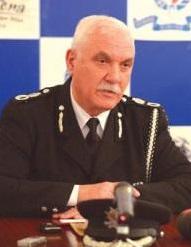 “Police officers shot up to Buskett the moment we got wind of what might happen. We wanted to protect certain areas but we could not be everywhere,” Mr Zammit said.

The incident, when about 30 hunters attacked a group of birdwatchers, happened on the Girgenti side of Buskett. The violence was witnessed by a seven-year-old boy. Hunters who had previously protested in Valletta were overheard saying some of them were heading to Buskett.

But Mr Zammit was adamant the police would have acted to stop the hunters pelting stones had they known the exact location. “God forbid we knew about it and did nothing but we just could not be everywhere.”

More in Times of Malta and the e-paper on timesofmalta.com Premium, including reactions to Sunday's events.