The Central Bank of Malta has issued numismatic coins in gold and silver depicting an illuminated letter from the L’Isle Adam Graduals. The coins form part of the Europa program with the theme 'Gothic' and bear the Europa Star logo. 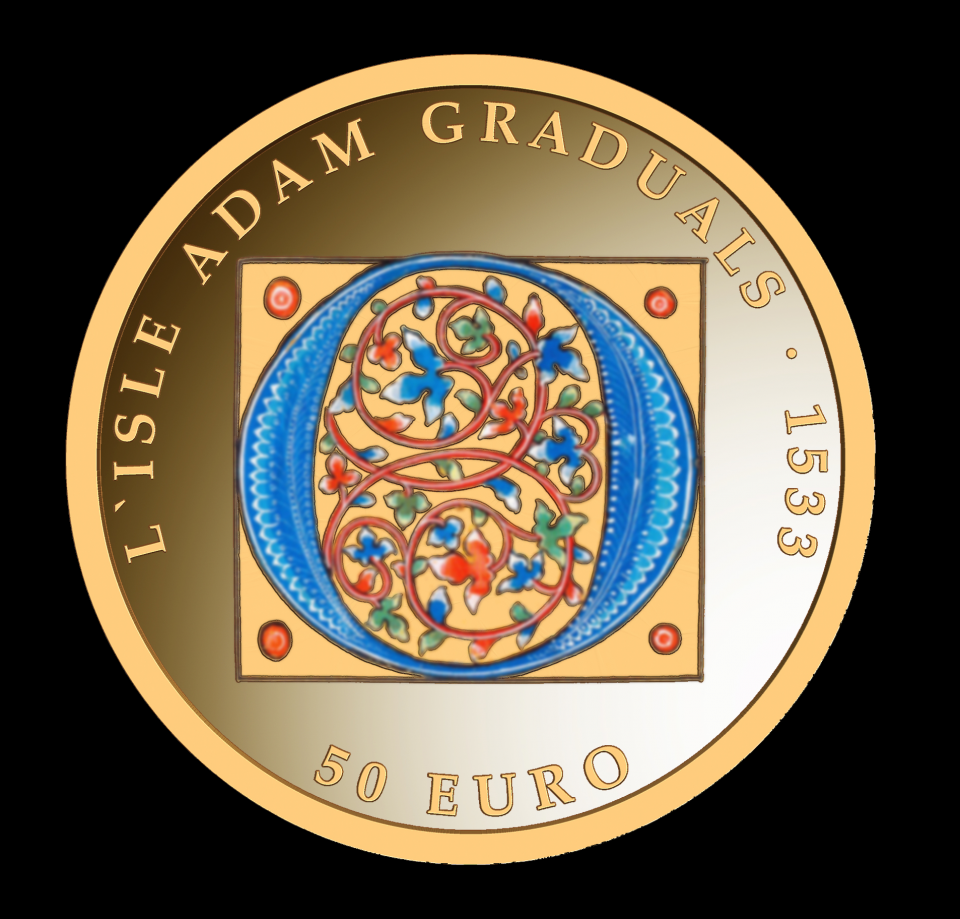 The coins were designed and minted by the Royal Dutch Mint. The obverse of the coin features the coat of arms of Malta and the Europa Star logo. The reverse of the coins depicts an illuminated letter O found in the L’Isle Adam Graduals, which are housed in the museum of St John’s Co-Cathedral. Colour printing techniques have been used on the coins to reproduce the chromatic and aesthetic qualities of the original artwork. 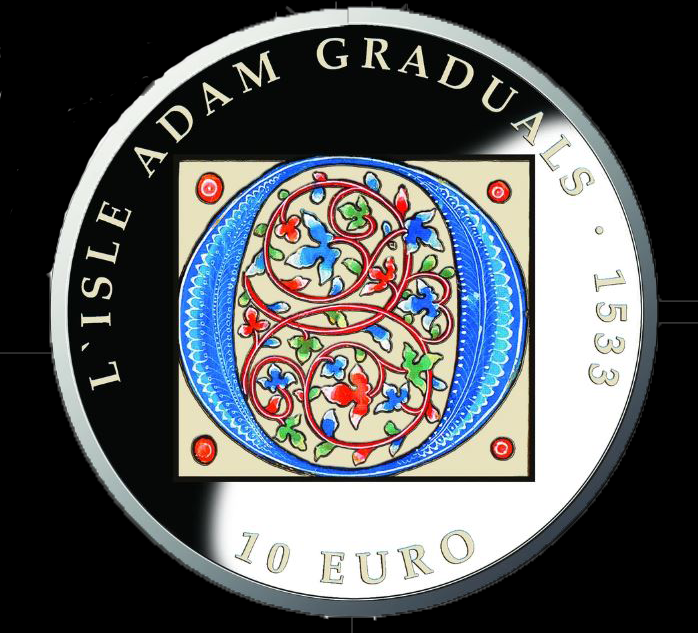 The Central Bank of Malta acknowledged the consent given by St John’s Co-Cathedral Foundation to reproduce this artwork on the coins.

The L’Isle Adam Graduals, which date to around 1533, are considered to be Malta’s finest illuminated manuscripts. They consist of a set of 10 choir books commissioned from a French scriptorium by Grand Master Philippe Villiers de L’Isle Adam.

These graduals were produced quite some time after the advent of printing, epitomised by the Gutenberg Bible of 1455. This reflects the complexity of printing music scores, which ensured that the production of manuscript choir books – largely using medieval techniques – survived into the 16th century.

This year's coins conclude the five-year series dedicated to different periods of European art forms and history which have been broadly grouped as: Modern 20th century (2016), The Age of iron and glass (2017), Baroque and Rococo (2018), Renaissance (2019) and Gothic (2020). The term ‘Gothic’ was first used by Giorgio Vasari and is today generally used to encompass Western art between 1300 and the early 16th century.

The bank said that following the advice of the health authorities, the Malta Coin Centre counter at the main premises will re-open for the public on Monday and it will be open on weekdays from 8.30am to 12.30pm.

It has been temporarily moved to the entrance foyer and all the necessary health precautions have been put in place.

Patrons must abide by the bank’s procedures – put in place in line with health authority guidelines – and will need to identify themselves before services can be accessed. Purchases can still be made via the online e-shop facility.