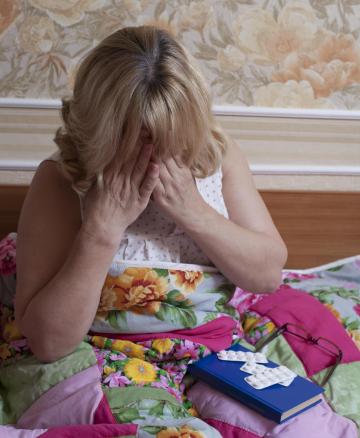 The factors that influence who develops widespread pain with age are poorly understood.

Regularly feeling tired and worn out after a night’s sleep was the strongest predictor of also developing widespread pain in a new study of UK adults over the age of 50.

“In older adults widespread pain, that is pain that affects multiple sites in the body, is common and is associated with morbidity and disability including poor mental health and reduced physical functioning,” said Ross Wilkie, the study’s senior author.

Wilkie is a researcher with the Arthritis Research UK Primary Care Centre of Keele University in Staffordshire.

“In this study, reporting musculoskeletal pain was common with just under half of participants reporting some pain and one quarter reporting widespread pain,” Wilkie told Reuters Health in an e-mail.

“Non-restorative sleep was the strongest predictor of new onset widespread pain,” he said, and “sleep is a modifiable target,” so improving it might improve the outcomes of these people, he said.

“In addition to sleep, osteoarthritis, cognitive impairment, anxiety and physical health independently predicted the onset of widespread pain and are important treatment targets,” he added.

Widespread pain is the main feature of fibromyalgia, a condition affecting 15 per cent of women and 10 per cent of men over the age of 50, according to Wilkie and his colleagues, who published their report in the journal Arthritis and Rheumatology.

But the factors that influence who develops widespread pain with age are poorly understood, they write. To investigate, the researchers analysed data on 4,326 adults from North Staffordshire, England.

All were over age 50 and free of widespread pain at the start of the study, although 2,764 had some localized pain.

Participants were surveyed about their pain, their physical and emotional health and lifestyle factors at the beginning of the study. Then they took the same survey again three years later.

When the researchers looked for factors linked to developing widespread pain during the time between surveys, they found that having reported some pain on the original survey, as well as having anxiety, physical health or cognitive problems and osteoarthritis were all predictors.

But regularly having poor, “non-restorative” sleep showed the strongest link, making a person almost twice as likely to experience the onset of widespread pain compared to people without sleep problems.

The study cannot prove that unrestful sleep is either a cause or effect of widespread pain, but more research is needed to understand the relationship, Wilkie and his colleagues write. That may also offer targets for reducing pain.

At present, current management and treatment of musculoskeletal pain in older adults is less than optimal, Wilkie said.

Treatment options to improve sleep are limited, Wilkie added, and existing pharmacological sleep aids can be problematic in older adults.

“Psychological and other non-pharmacological treatments may be beneficial,” Wilkie said, but there’s a need for both drug and non-drug treatments to be more thoroughly tested in clinical trials.

“It’s interesting because they looked at people who were pain-free and they followed them over time” to see who developed widespread pain, Babak Mokhlesi said, “I think that’s what gives (the study) so much strength.”

Mokhlesi is director of the Sleep Disorders Centre as well as the Sleep Medicine Fellowship training programme at the University of Chicago. He was not involved in the UK study.

Retired and elderly people frequently come to his office and ask why they can’t sleep more than eight hours, he said.

Among the things he tells them is to avoid “reducing time in bed” by going to sleep late or getting up early “so that you can get enough hours of sleep,” he said.

On the other hand, spending a lot of time in bed with lights, televisions and other electronic devices on is also not conducive to rest, he said.

“Engaging in behaviour like that can actually promote insomnia, so I always tell people, ‘you don’t want to spend excessive amounts of time in bed or go to bed when you’re not sleepy because that creates a vicious cycle for insomnia’,” he said.

“The other thing that we always tell people is that as a society as we’ve been gaining weight and we’re an ageing society, that also brings about increased risk for other sleep disorders like sleep breathing disorders like sleep apnea, restless legs, and insomnia,” Mokhlesi said.

He added that those are things that people typically don’t pay attention to and they don’t even discuss it with their physicians.

“There might be a lot of opportunity there for physicians to help their patients to improve their sleep,” he said.