Cyclists often found themselves in danger because of a lack of road safety, a lobby group said after a fatality on the Kappara flyover on Friday morning.

A 53-year-old Serbian cyclist died after he was hit by a car early yesterday morning, the police said.

The man, believed to have been on his way to work, succumbed to his injuries later at Mater Dei Hospital.

The car was being driven by a Libyan man, 35, who resides in Msida.

“As things stand, people who wish to commute by bicycle have very few options but to use main thoroughfares to reach their destination, putting their lives in danger because of poorly-designed infrastructure,” it said.

In many cases, the absence of continuous cycle lanes in line with international safety standards put cyclists in danger, the lobby group said.

Cyclists who contacted Times of Malta after the fatality lamented the lack of a south-bound cycle lane on the junction.

They also wondered why the victim was riding along the thoroughfare since most would plan an alternative route due to the lacking infrastructure.

The cycling advocacy group said they had been contacted by Transport Minister Ian Borg shortly after the incident assuring them that Transport Malta would prioritise cycling infrastructure in the upcoming Marsa and Attard projects.

Incidentally, the group said, it only met the minister on Thursday, calling for a better-designed road infrastructure that included safe routes for bicycle commuters and pedestrians.

The group said it would continue pressing the authorities for safer roads and better enforcement in its bid to promote cycling as a feasible and effective way of commuting for daily needs. 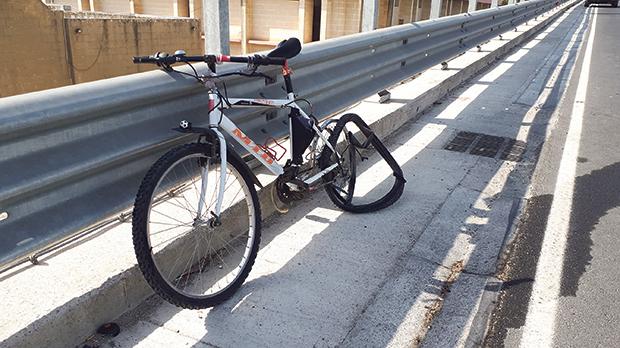 The bicycle driven by the 53-year-old Serbian man.