Pope Francis will come to Malta for a two-day visit on April 2, the Vatican has confirmed.

The long-awaited announcement was made by Archbishop Alessandro D'Errico, Apostolic Nuncio to Malta,  during the pontifical Mass held to mark the feast of St Paul’s Shipwreck. The feast commemorates the arrival of the Christian faith to Malta.

The announcement, made simultaneously in Malta and at the Vatican, said the Pope would come on April 2 and 3 and intends to visit Valletta, Rabat, Floriana, Ħal Far and Gozo. The full programme will be announced shortly.

In a statement issued soon after the announcement, the government welcomed the news and said the visit will follow that by Prime Minister Robert Abela to the Holy See in October.

Commenting on the news, Abela said this will be an opportunity for a country to unite and means that the Holy See looked at Malta in a positive manner.

"The news was emotional," he said, adding he looked forward to welcoming the Pope "among us".

The Pope was originally due to visit Malta in May 2020, but the trip was postponed because of the coronavirus outbreak.

Last September, the Pope announced he planned to visit Malta soon in an interview on a Spanish radio station Cope radio where he reiterated his desire to visit small European countries.

The Curia had said the visit depended on the COVID situation to ensure the health and safety of the Holy Father and the faithful involved. Now that the number of coronavirus cases are down, the majority of the people are vaccinated and restrictions have been eased, the time was right to set the date for the visit. 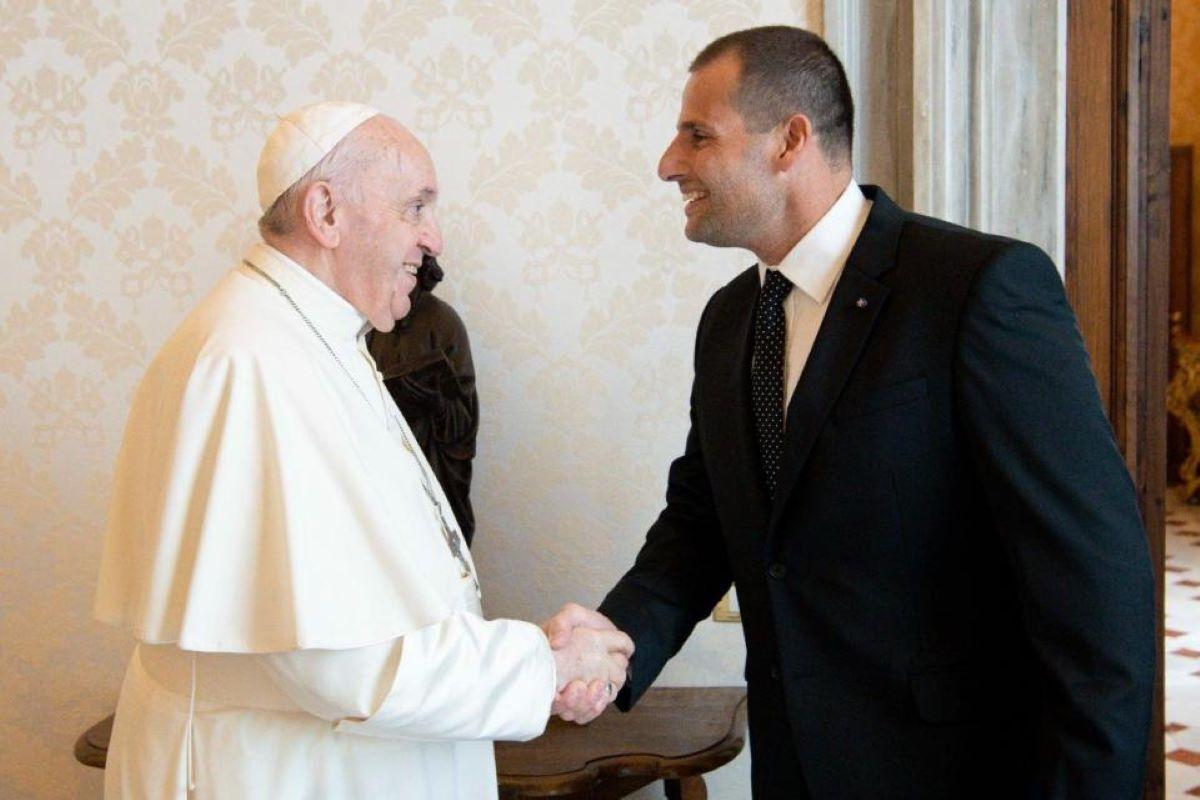 Another factor that is said to have determined the announcement is the looming general election. Sources had said the Vatican had expressed their wish for the pope's visit to take place after the election so as not to give the impression of any undue political influence. The pope's confirmed dates, first announced in Times of Malta, will now fuel speculation that the general election could be held in March, unless it is taking place well after the visit.

The third pontiff to visit

Pope Francis will be the third pontiff to visit Malta after St John Paul II and Pope Benedict XVI.

The first papal visit took place in 1990 when Pope John Paul II was given a rousing welcome. He visited again in 2001 when he beatified Dun Ġorġ Preca, Adeodata Pisani and Nazju Falzon.

Pope Benedict XVI visited Malta in 2010 at the height of the clerical sex abuse scandal.

The feast of St Paul’s Shipwreck marks the arrival of St Paul, who was shipwrecked to Malta bringing the Christian faith here in around A.D. 60.

The shipwreck happened when Paul was being taken to Rome to be tried as a political rebel. The ship carrying him and some 274 others was caught in a violent storm. All aboard swam safely to land – Malta – were they were welcome by the people as documented in the Bible that reads: “And later we learned that the island was called Malta. And the people who lived there showed us great kindness, and they made a fire and called us all to warm ourselves… ”

When the fire was lit, it is said that Paul was bitten by a poisonous viper but he suffered no effects. The people of Malta took this as a sign that he was a special man, after which he healed sick people on the island including the father of Publius, the Romans’ chief man on the islands. Publius is then said to have converted to Christianity and was made the first Bishop of Malta.

Earlier in his reflections shared during the homily, at St Paul’s Shipwreck Church in Valletta, Archbishop Charles Scicluna focused on the message of love that St Paul showed towards the people in Malta when he was shipwrecked. He thanked all those people who, driven by love and hope, worked hard to ensure justice and social justice.

Quoting Martin Luther King, he spoke about the bravery it takes for someone to stop the chain of hatred – to not hit back – and shift the narrative to one of love.

In the case of migrants, he said, the Maltese need to be the first to help people in danger of drowning – just like St Paul –  even though Malta had the right to ask for solidarity from the EU.