Pope Francis started his second day in Malta on Sunday with a visit to the grotto in Rabat where St Paul is believed to have been kept prisoner for three months and preached Christianity.

There, the 85-year-old pontiff prayed to the Holy Father, recalling how the islanders treated the shipwrecked people with humanity, recognising they were in need of shelter, security and assistance.

The Pope’s words, referring to events that took place 2,000 years ago, might hit home with most nowadays:

“No one knew their names, their place of birth or their social status - they knew only one thing: that these were people in need of help.

“There was no time for discussions, for judgements, analyses and calculations: it was the time to lend a helping hand. They left their jobs and did exactly that." 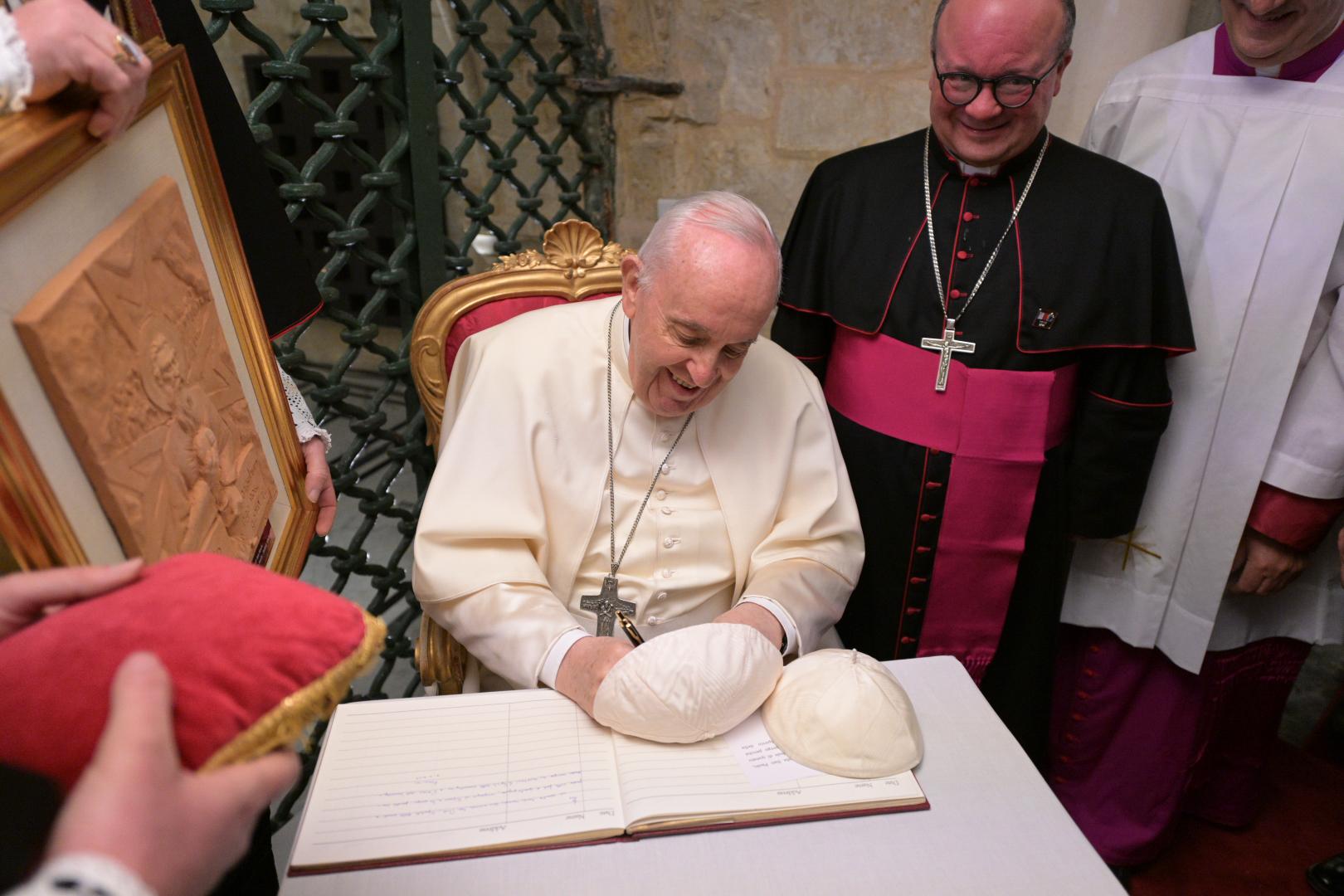 The Pope’s visit comes just one day after more than 100 people, including 22 minors, were left stranded at sea, with the NGO that rescued them from the sea telling Times of Malta the local authorities had refused help. It is not the first time Malta has refused to offer a port of safety for people at sea, with the island often urging other EU member states to support with the influx of asylum seekers.

The grotto, at the Basilica of St Paul in Rabat, is an important place of pilgrimage and was also visited by former popes John Paul II and Benedict XVI in 1990 and 2010 respectively.

The Pope is now on his way to the Floriana granaries where he will say mass with some 12,000 people and is set to meet asylum seekers at the Ħal Far Peace Lab in the afternoon. There, the plight of migrants will take centre stage as they share their stories of life on the island with Pope Francis. 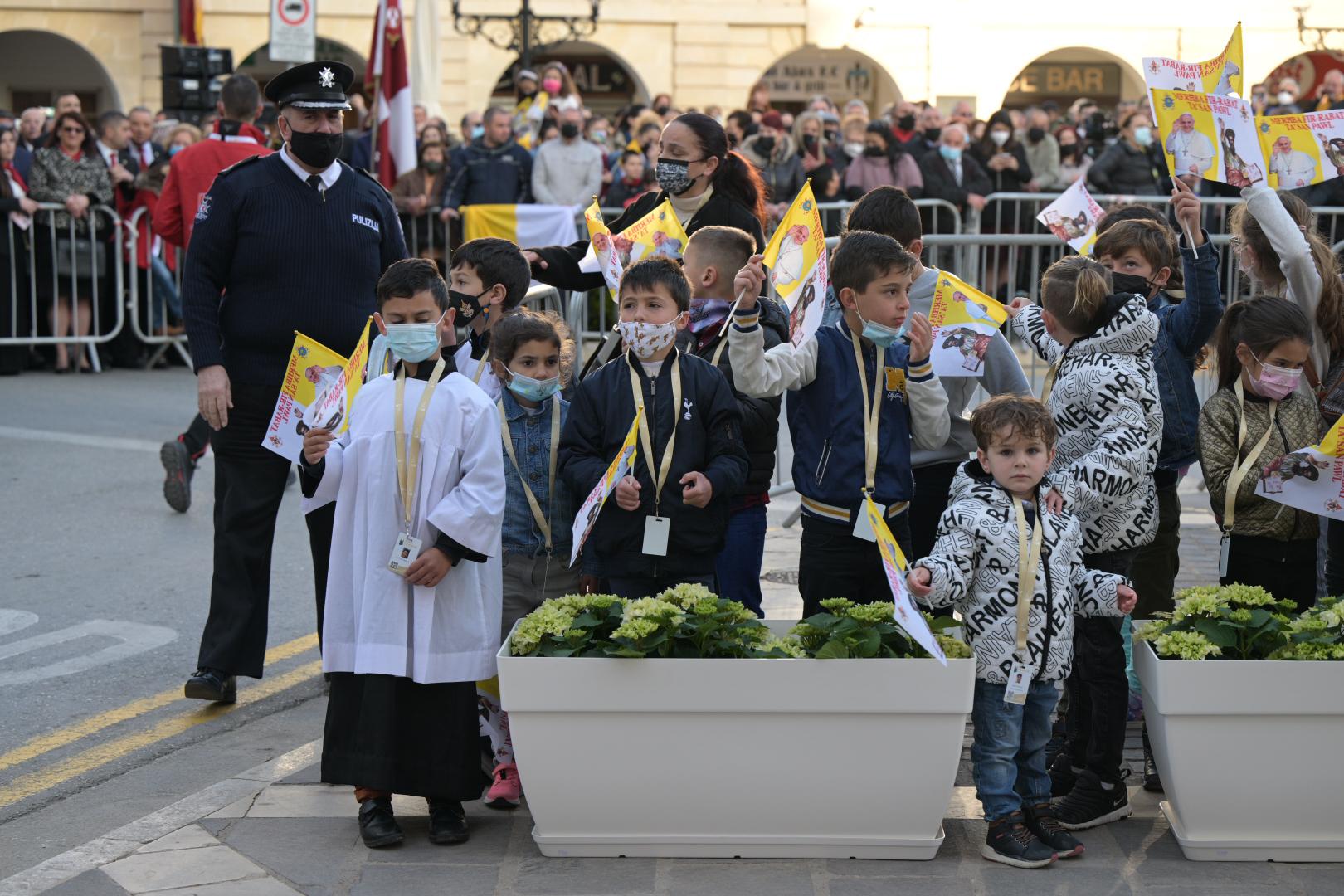 People lined the streets and waved to the pontiff as he was driven through the streets of Rabat in a white Fiat Cinquecento, waving and taking pictures.

The pope, sitting on the right in front, waved back.

At the basilica, the Pope was given a lamp, cast in silver-plated brass and bearing his coat of arms.

The Pope is now due to lead Mass on the Granaries at 10.15am and will be meeting migrants at the Ħal Far Peace Lab in the afternoon.

There, the plight of migrants will take centre stage as they share their stories of life on the island with the holy father.

Speaking at the Vatican earlier this week, the pope said he will be following in St Paul’s footsteps, describing Malta as “committed to welcoming so many brothers and sisters seeking refuge”.

Francis arrived in Malta on Saturday and urged Malta to fight corruption and land speculation while speaking from the Palace in Valletta.

Later, he went to Gozo where he was welcomed by thousands of people as he arrived by catamaran on the sister island