Pope Francis has expressed hope that Malta will offer a "safe harbour" to those who land on its shores, saying that asylum seekers are people with dashed dreams, not statistics.

Addressing asylum seekers at the Ħal Far Peace Lab, he also warned authorities of, at times, being complicit in the violation of fundamental rights. He repeated the warning twice in his message.

The pope told migrants he was “very happy” to end his two-day visit with them. The meeting was his last stop before heading to the airport to end a two-day visit to Malta.

Reiterating what he told asylum seekers in Greece's Lesbos in December, he told migrants at Ħal Far: "I am here… to assure you of my closeness… I am here to see your faces and look into your eyes”.

Referring to the same line from the Acts of the Apostles that Archbishop Charles Scicluna mentioned earlier on Sunday, Pope Francis told migrants Saint Paul and fellow castaways had been treated with "unusual kindness" in Malta.

“Not merely with kindness, but with rare humanity, aspecial care and concern that Saint Luke wished to immortalise… It is my hope that that is how Malta will always treat those who land on its shores, offering them a genuinely ‘safe harbour’,” Pope Francis said.

He gave the speech just hours after a group of 106 people including 22 unaccompanied minors made it to waters off Sicily, after Malta denied them a port of safety.

The Sea-Eye 4, which rescued the group of migrants, is still awaiting permission to disembark the 106 people there.

The Pope meanwhile referred to a shipwreck of 90 people reported on Saturday. Only four survived, he said.

'Do not regard people as statistics'

At the Peace Lab, the Pope noted that thousands of people had been shipwrecked in the Mediterranean in recent years. For many, this ended in tragedy, he added.

He described such events as a “shipwreck of civilization” that could only be avoided through kindness and humanity.

We could save ourselves from this shipwreck “by regarding people not merely as statistics, but, as Siriman told us, for what they really are: people, men and women, brothers and sisters, each with his or her own life story.

“By imagining that those same people we see on crowded boats or adrift in the sea, on our televisions or in the newspapers, could be any one of us, or our sons or daughters,” he added.

'Violation of rights with complicity of authorities'

At the beginning of his Ħal Far visit, two migrants - Daniel Jude Oukegual and Siriman Coulibaly - spoke to the Pope about their journey to Malta and their experience on the island.

In his address, the Pope said Siriman's words reminded him of those forced to flee home dreaming of freedom and democracy.

“This dream collides with a harsh reality, often dangerous, sometimes terrible and inhuman. You gave voice to the stifled plea of those millions of migrants whose fundamental rights are violated, sadly at times with the complicity of the competent authorities.

"I want to say it in this manner: at times with the complicity of the competent authorities," he insisted.

“And you drew our attention to the most important thing: the dignity of the person. I would reaffirm this in your own words: you are not statistics but flesh and blood people with faces and dreams, dreams that are sometimes dashed.”

He warned against being deceived by those who say ‘nothing can be done’, ‘these problems are too big for us’ or ‘let others fend for themselves while I go about my own business'.

“Let us never fall into this trap. Let us respond to the challenge of migrants and refugees with kindness and humanity. Let us light fires of fraternity around which people can warm themselves, rise again and rediscover hope.

"Let us strengthen the fabric of social friendship and the culture of encounter, starting from places such as this. They may not be perfect, but they are, truly, ‘laboratories of peace’”, he said in tribute to the centre set up by Fr Dionysius Mintoff in 1971, following an appeal made by Pope John XXIII, who had called for the world to reflect on peace. 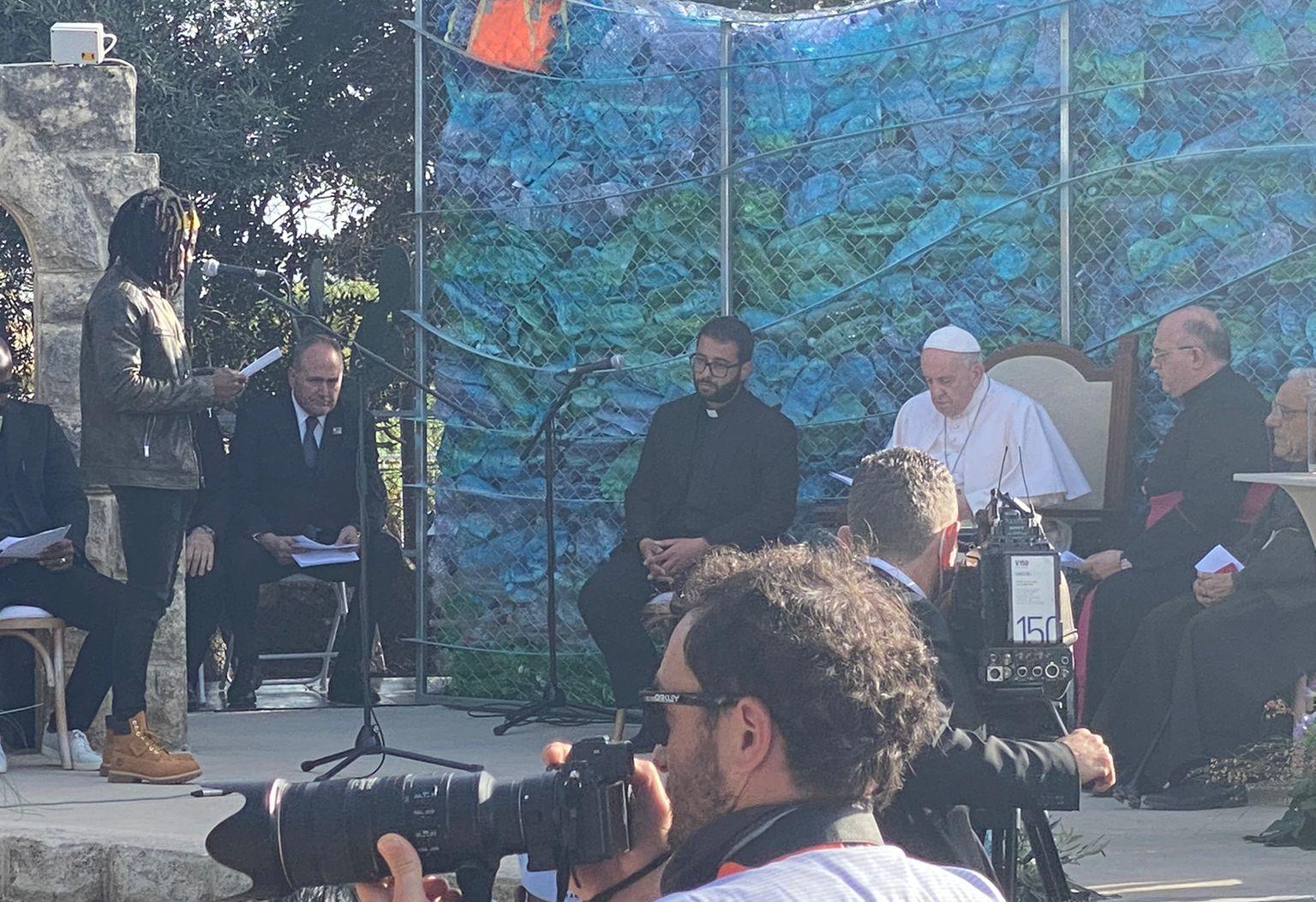 'The pain of being uprooted'

Pope Francis told migrants at Ħal Far that their experiences reminded him of what thousands were going through as they fled war-torn Ukraine and others who left their homes in Asia, Africa and the Americas in search of safety.

He said he understood the pain of being uprooted and appreciated that this sudden change impacted people's futures.

“It takes time to heal that wound - it takes time and most of all it takes experiences of human kindness: meeting people who accept you and are able to listen, understand and accompany you.

“But also, the experience of living alongside other travelling companions, sharing things with them and bearing your burdens together… This helps heal the wounds,” he reassured them.

He added, in a similarly reassuring manner, that in every continent there were people and communities who realised that migrations were a sign of the times and took up the challenge.

“For us Christians too, in play is our fidelity to the Gospel of Jesus, who said: I was a stranger and you welcomed me. None of this can be accomplished in a day.

"It takes time, immense patience, and above all a love made up of closeness, tenderness and compassion, like God’s love for us. I think we should say a big word of thanks to all those who took up this challenge here in Malta and established this centre,” he said to a round of applause. 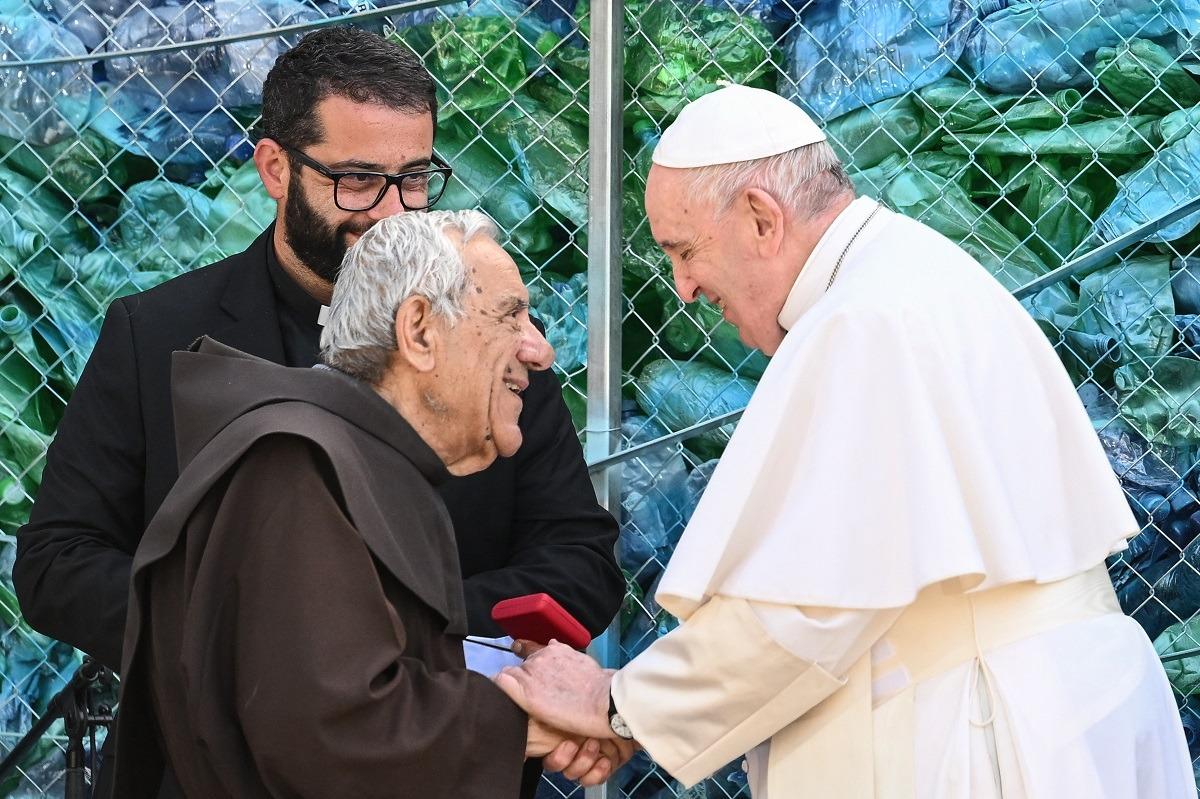