What is it? It’s a pretty big deal, that’s what. The Taycan is Porsche’s first electric vehicle and the car that’s finally giving Tesla something to worry about. The German car maker reckons its American rival isn’t really a rival at all because they have a different ethos – but for now, they’re the only electric executive cars about. (The Taycan is considerably more expensive, though.)

It’s also a big deal because when Porsche tries something new it tends to succeed. When it launched the Cayenne, the idea of a premium sports car maker doing an SUV was madness. Now it’s the firm’s best-selling model.

So with the Taycan in the UK for the first time, we took the Turbo S – the top-spec, top performance version – on a mix of motorway miles and winding country roads to see if it has that special Porsche something, or that – hang on, what’s the German for ‘je ne sais quoi’?

This is not just Porsche’s first electric vehicle, it has been designed to be an electric vehicle from the ground up. So there’s no cramming of batteries and electric motors into engine bays; instead the powertrain has been integrated into the body to give a low and sleek silhouette, while the batteries being under the floor helps give the Taycan the lowest centre of gravity of any Porsche. 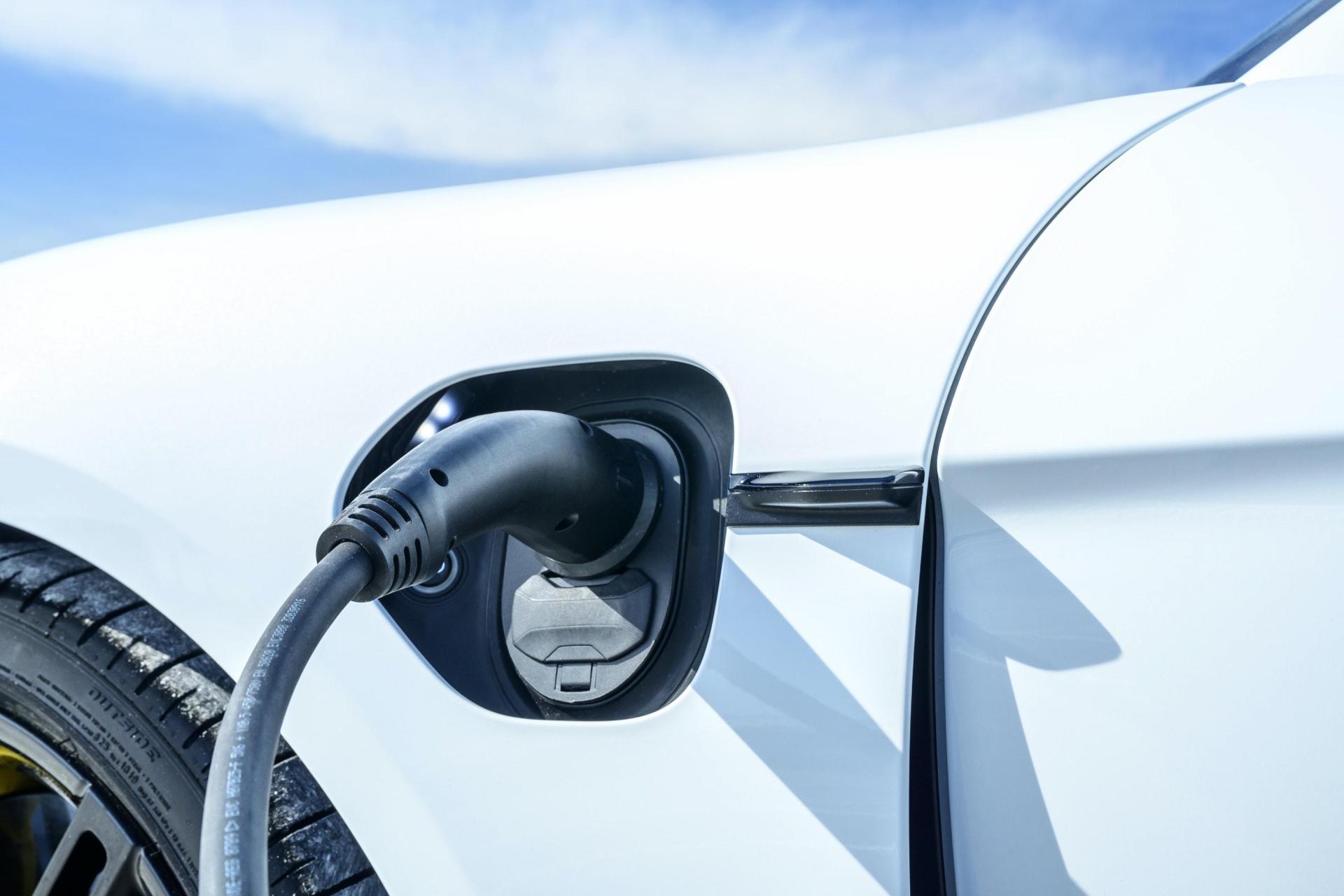 It is also the first production vehicle from any car maker to use an 800-volt system voltage, twice the typical amount for an EV, which has benefits at the charging pump. Using a DC fast charger, Porsche reckons you can add up to 60 miles (97 kilometres) of range in just five minutes, while charging from zero to 80 per cent of the battery’s capacity takes about 22 minutes in ideal conditions. With peak charging power of 270kW and a maximum battery capacity of 93.4kWh, range anxiety is surely a buzzword of the past.

Performance comes from a pair of electric motors, one on each axle providing all-wheel drive, with a two-speed gearbox on the rear and a single-speed on the front. It’s full of clever innovations that are too complex to explain in one paragraph, but the result is 616bhp in normal driving with up to 750bhp available in Launch Control mode, while maximum torque is 1,050 Nm. Zero to 60mph (97km/h) will come up in 2.6 seconds and the top speed is 161mph (259km/h). 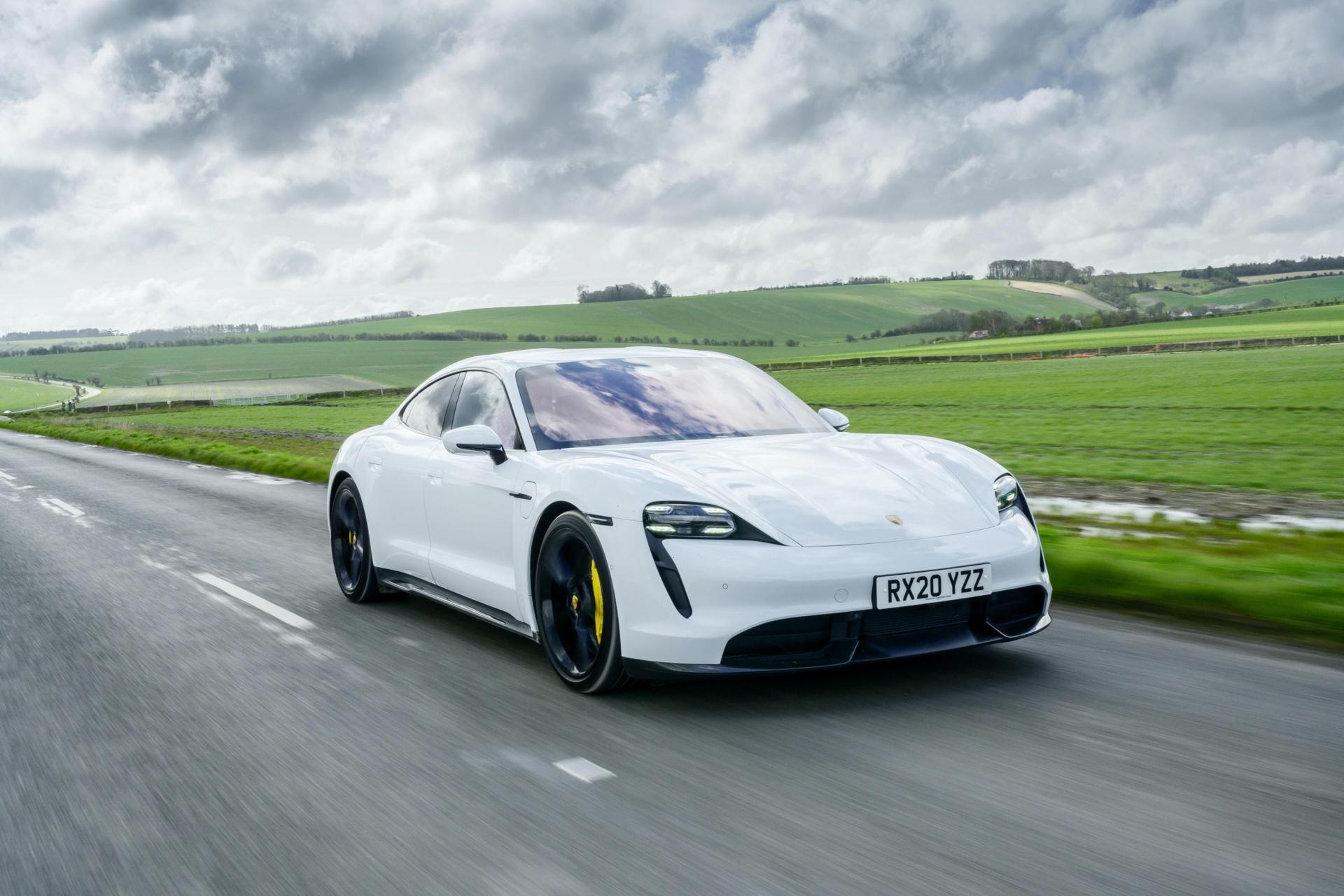 Plant your foot on the accelerator from a standstill and you’re violently punched back into the seat as the car launches forward, the sustained g-forces leaving you feeling light-headed and a little nauseous at first. It’s intoxicating and you can’t help but laugh out loud… once you’ve pulled yourself away from the backrest, that is.

Refinement is the key word here. From the moment you set off in silence it’s clear Porsche has worked hard to give you a feeling of quiet solidity – there are no squeaks or rattles in the cabin unmasked by the silent powertrain. The control weights are perfectly judged between being light enough that you could drive it daily but offering enough feedback that they give you confidence when pushing on. The steering is a particular highlight. 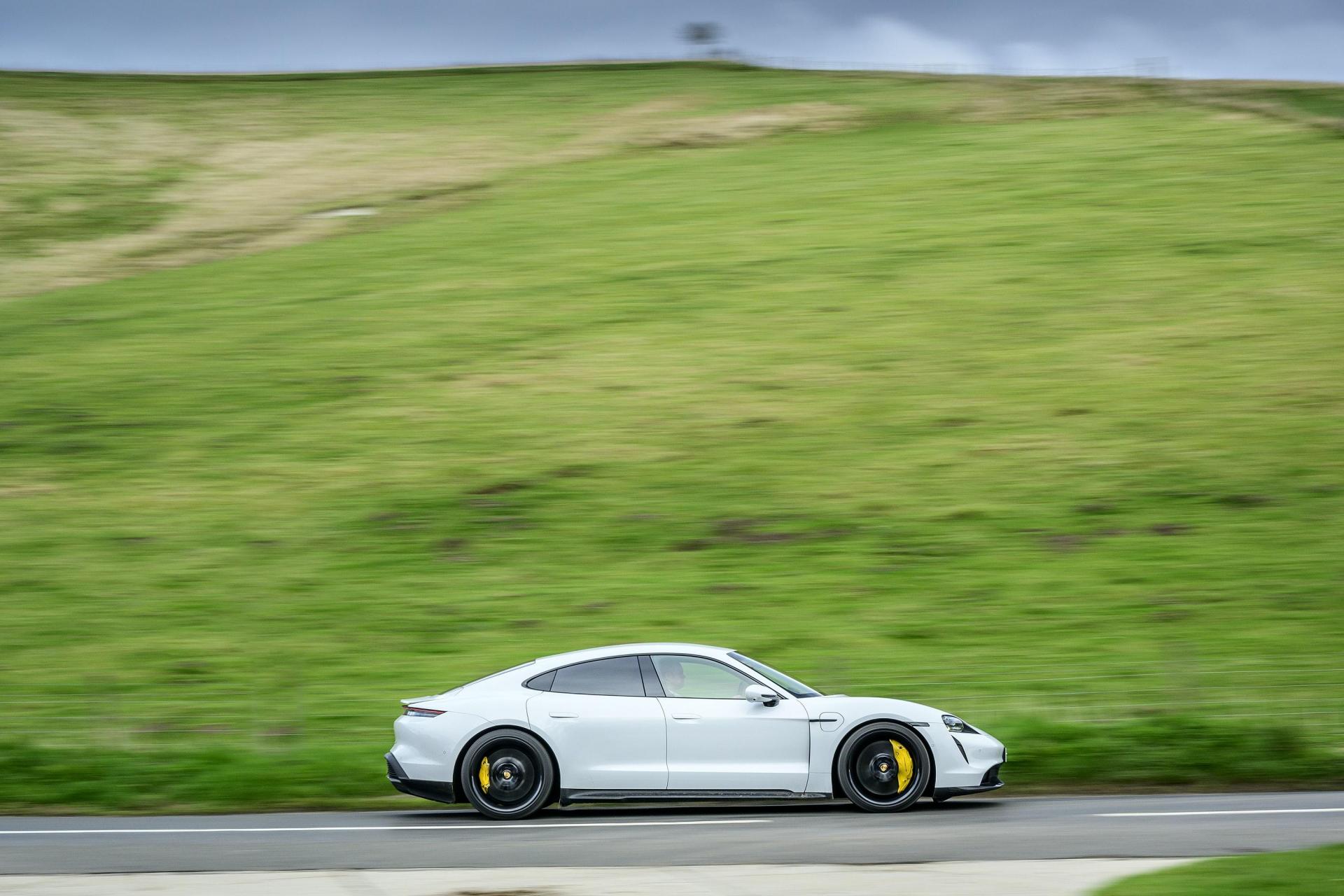 There are five drive modes: Normal, Sport, Sport Plus, Individual and Wet. You’ll spend most of your time in normal, where it’s still silly fast but silent. Sport adds a little more electric whine, while Sport Plus unleashes maximum power and provides a sci-fi movie soundtrack that adds an aural sense of entering warp speed as well as a physical one.

Aside from the gut-wrenching acceleration, it’s the way the Taycan feels small and nimble on a country road that delights. We tested this the same day as a 911 Turbo S, and where that felt like an intimidatingly big, blunt instrument to pummel roads into submission with, the four-door saloon felt lithe and nimble and surprisingly at home bombing between the hedgerows.

Out on the motorway? It’s perfectly Porsche. The ride is exquisite, there’s hardly any road noise and you could imagine spending hours behind the wheel without so much as a grumble from car or driver.

When Porsche first revealed the Mission E, the concept car that previewed the Taycan, its coupe-like four-door shape, massive wheels in swollen arches and prominent front bumper slats won it many plaudits. The fact the Taycan has kept that spirit alive into production form is fantastic. 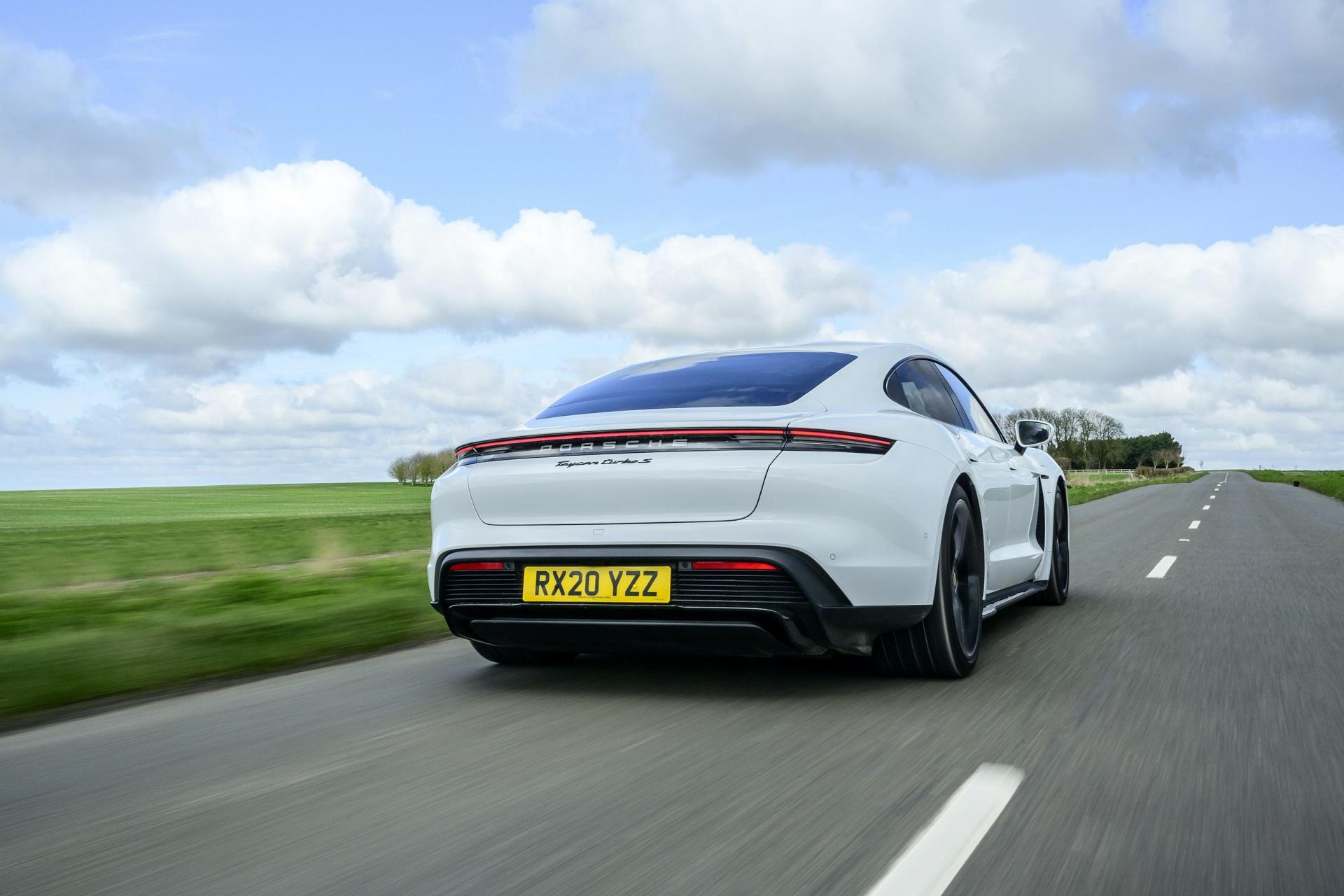 It looks like nothing else on the road; hunkered low to the floor with sleek curves, it’s wide but with a low roofline that makes it look like it’s hugging the Tarmac. The headlights have that signature Porsche quad-LED look, while the ‘air curtains’ that drop down to the lower bumper almost look like fangs.

At the rear, the full-width LED bar gives a suitably futuristic light signature, and the simple curves mean it should age gracefully in a period where many cars are massively overdesigned.

Perhaps the only area we could find a hint of disappointment is the interior. It’s still a 9/10 kinda deal, with the infotainment menus slick and responsive and every material feeling like it has the utmost quality. 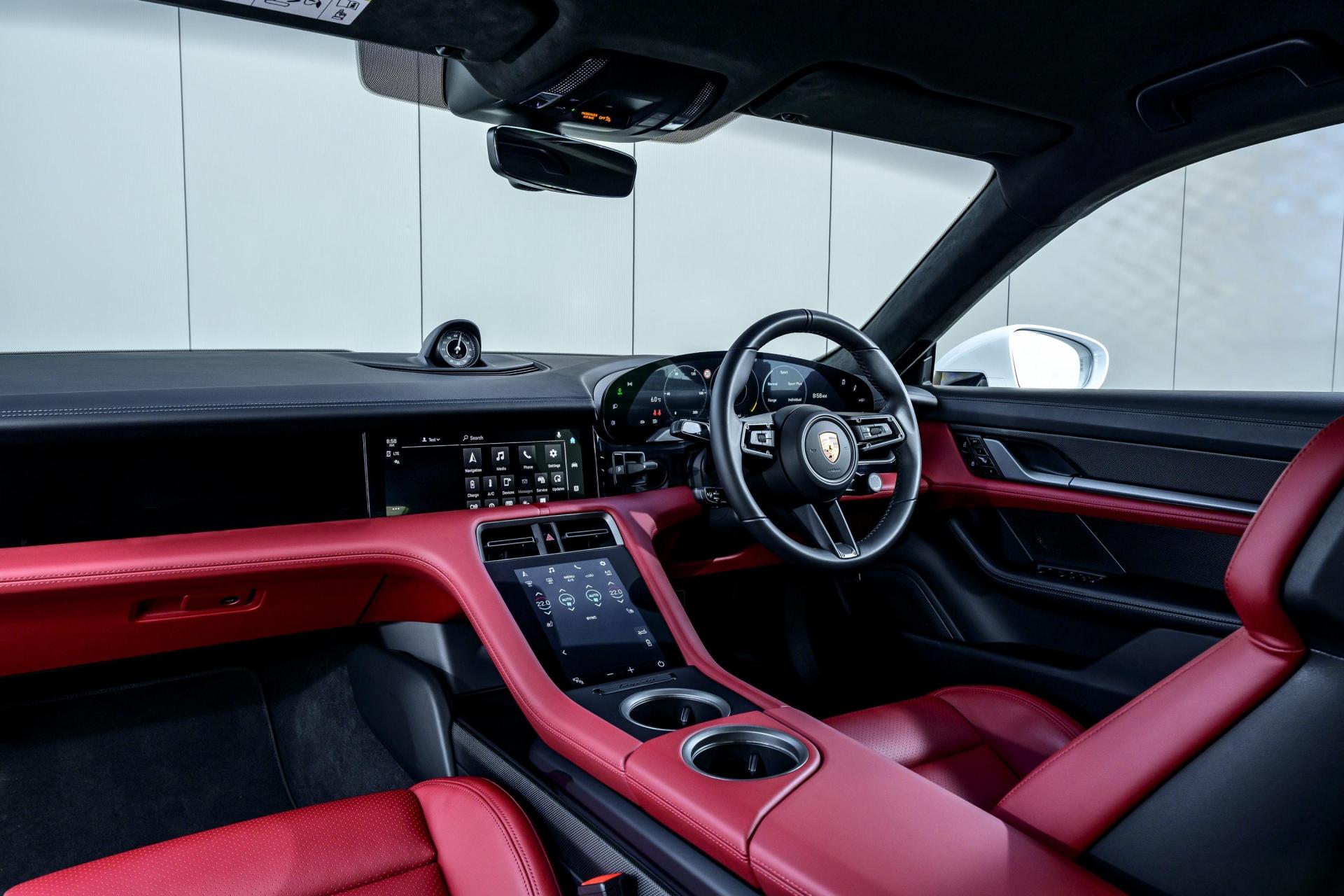 There’s a sense that it’s built to last, too, while the seating position is nigh-on perfect – it’s low like a sports car but the minimalist dashboard means you can see clearly over the bonnet. Meanwhile, rear passengers have a surprising amount of space, though headroom isn’t huge on account of the sloping roofline.

However, the lower screen in the centre console, which has the climate control, shortcuts for options such as satellite navigation and audio, and a laptop-like trackpad to navigate menus, looks a bit sparse with lots of unused screen space. Meanwhile, the graphics used throughout are dark and basic.

Furthermore, the standard steering wheel felt at odds with the car. It’s thin-rimmed and wrapped in an Alcantara-like Race-Tex material, feeling more like something out of a track-ready sports car. It left us with sore thumbs and sweaty hands. For our money, it would be better to opt for the optional leather version, though this does require the fantastic Race-Tex sports seats to be switched for leather too – so bear that in mind. 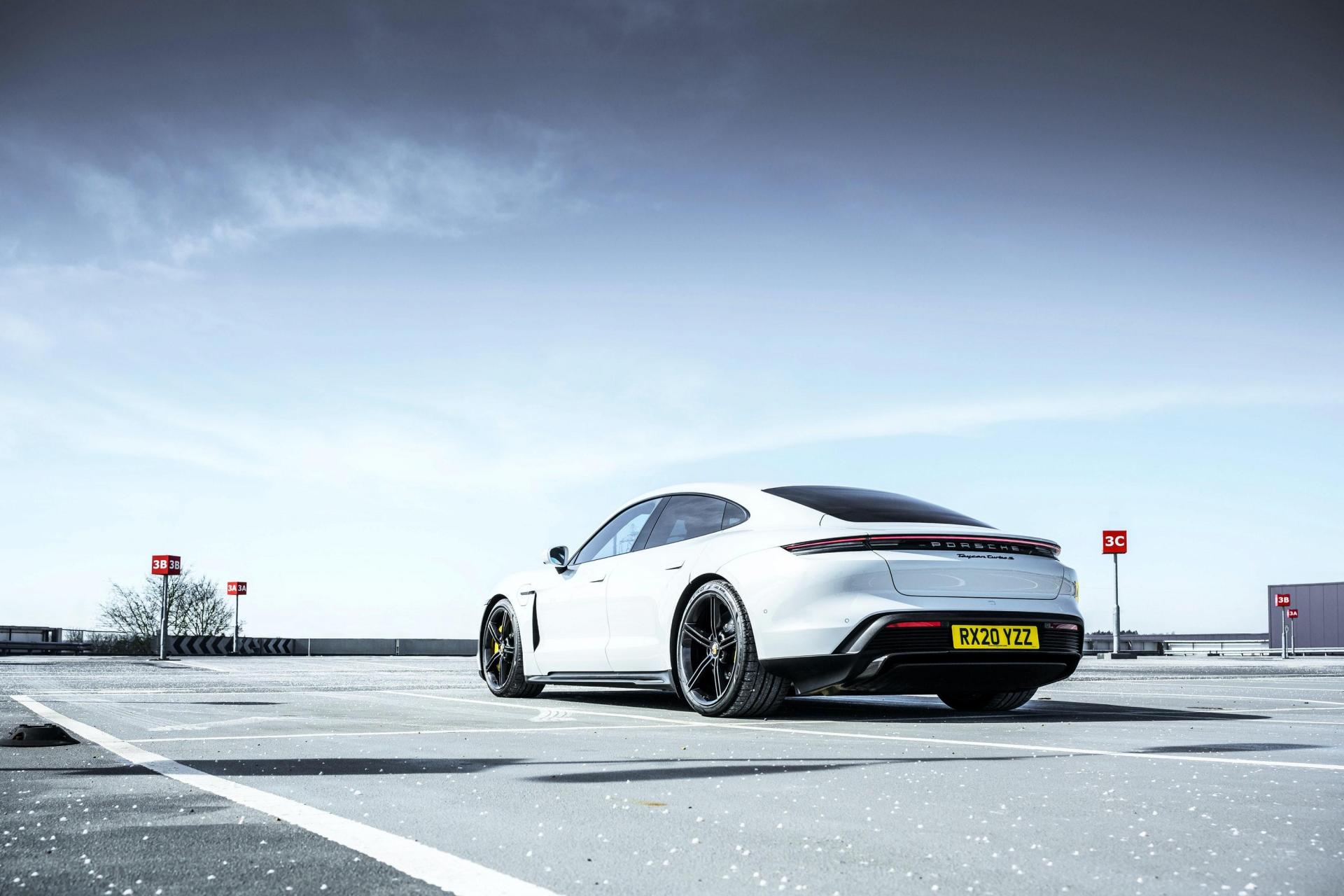 It looks like a spaceship, sounds like a spaceship and accelerates like one, too. It handles like a sports car but emits no harmful gases, and you can fit three of your mates and their luggage inside to boot. If you can look past the price, there really are few downsides.