Four judges are due to retire this year, but they might not be replaced if the government opts to hold off on appointing more judges while Malta’s judicial appointments system is examined by the European Court of Justice.

Chamber of Advocates president Louis de Gabriele said the retirement of these four judges would have a “severe impact” on the efficiency of Malta’s judicial system, which according to EU cohorts, is already understaffed by about 14 judges.

“We understand that the government is not willing to go ahead with more appointments until the issue before the ECJ is settled. There is no set timeline for this to happen, but if it is not finalised before the end of the year, then we might have to withstand a whole year with a lower complement of judges. This will create a vacuum in our system which is already stretched to its limit,” Dr de Gabriele said.

There has been talk of extending the retirement age for judicial office to 68 but this is a matter that needs to go to Parliament as it requires a two-thirds majority to change the Constitution. 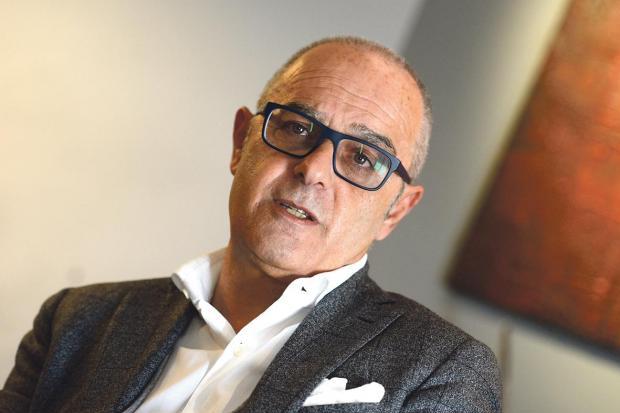 He said this issue and the immediate introduction of the Lawyers’ Act to regulate the profession are top of the agenda in a meeting the chamber is scheduled to have with the new justice minister, Edward Zammit Lewis, this week.

The chamber had made its own proposals to address this issue, one of which was to widen the membership of the judicial appointments committee (JAC) to bring it in line with a similar composition of the Commission for the Administration of Justice but without the President of the Republic, who will receive the committee’s recommendations.

The chamber has serious doubts about a proposal made by the Venice Commission to issue a public call each time there is a vacancy. The chamber believes there may be instances when a public call may be necessary but that the current system of a perpetual call for new members of the judiciary should be retained.

Another important change the chamber is proposing is the introduction of ranking among candidates, where the JAC will rank and makes recommendations for appointment from the top three candidates.

“In an ideal world, we would like to make a direct recommendation to the President of the Republic, without the need to involve the executive. However, we understand there can be merit in the argument that there is an element of political responsibility in such appointments, so our proposal would allow a strictly limited choice of just three names, in fact the top three names from where the executive may choose,” Dr de Gabriele said.

The position of chief justice may need to be addressed differently. The preferred system here is that the chief justice would be chosen by members of the judiciary without any need of further intervention by the executive or parliament.

“The chief justice is the person who, among others, manages the judicial system, choosing which judges sit where. This is a managerial role that requires the incumbent to enjoy the trust and confidence of his/her peers, so a system where the selection is made by the judges and magistrates from among the most senior members of the judiciary would be an important step. Why should the executive or Parliament need to have a say in who occupies this post?” he asked.

Asked whether he agreed with the government’s proposal on the way to appoint the new police commissioner, Dr de Gabriele said that more than the appointment, it was important to regulate how the person can be removed from office because such a position should come with security of tenure.

“We think that the commissioner should only be removed with a two-thirds majority in Parliament. This gives the person peace of mind to carry out his job with autonomy and independence of judgement, without fear or favour, as he pledges in his oath of office,” he said. On the Lawyers’ Act, Dr de Gabriele said that both lawyers and their clients stand to benefit from a law regulating the profession. The Bill has been in the pipeline for more than a decade but is now ready to be tabled in Parliament and he expects it to become law in the first half of the year.

Dr de Gabriele, who has been a practising lawyer for more than three decades, said the profession was never regulated, except for a few provisions in the Code of Police Laws. The scenario today has significantly altered the way in which the profession is practised and this creates the need for better and more focused regulation. In this context, he mentioned that this need was recognised even in the latest MoneyVal report on Malta, considering the lack of regulation of the legal profession as a significant risk.

“This can all be addressed robustly and immediately by the introduction of the new law,” he said.

He explained that through the new law, the Chamber of Advocates will become the regulator of the profession on a day-to-day basis while the chamber itself will be regulated by the Commission for the Administration of Justice.

The chamber will have the power to exercise discipline within the profession and monitor practising lawyers in the daily practise of the profession, but will not hear or decide on complaints that may be sanctioned by a suspension or revocation of a warrant – this will be the competence of the commission.

“Clients are becoming increasingly discerning, so on the one hand we need to enhance the levels of service we provide as lawyers to the consumer of legal services. In this respect, the chamber is committed to further training not only on technical aspects for lawyers but also on soft skills. We also need to ensure as a profession, that the consumer of legal services can trust and have confidence in members of the profession. To do so a framework of regulation that affords our clients that peace of mind, is necessary,” he said.