A firm owned by an associate of former energy minister Konrad Mizzi has been contracted to carry out a “review” of a critical auditor general’s report on the Electrogas power station contracts.

The contract was awarded despite the fact that the firm’s founder and CEO had played a role in drawing up the very contracts that were the subject of the auditor’s investigation. The direct order was given last December, during the final weeks of Joseph Muscat’s time as prime minister.

Shift News flagged last week how Beat Ltd, set up in 2015 by David Galea, was given a €6,000 direct order by Enemalta to carry out the review of the NAO report, published in 2018, despite sitting on the Enemalta selection process that chose Electrogas as the winning bidder.

Correspondence reviewed by Times of Malta shows that beyond his committee role, Galea, using his Beat Ltd e-mail account, continued to play an active part in the power station project until at least the end of 2017, when several key final contracts were signed between Enemalta, the government and Electrogas. 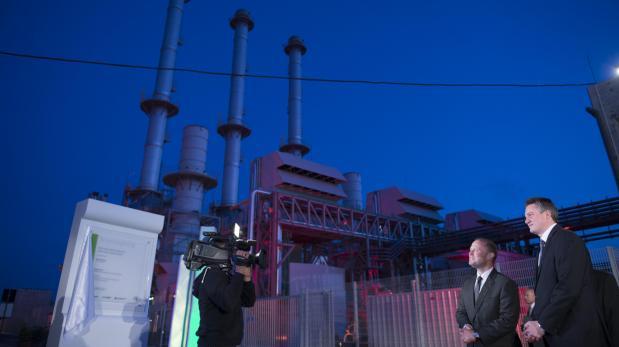 These e-mails show Galea got into the details of the contract negotiations, particularly in what was known as the conversion term agreement.

According to the NAO’s investigation, the very concept of such an agreement that Galea helped negotiate constituted a “significant departure” from the conditions established during the procurement phase of the project. The NAO said the agreement meant that Enemalta would assume responsibility for gas supply to the Electrogas power plant from August 2026, once the new planned pipeline from Sicily is operational.

Galea was kept copied in e-mail discussions between Ronald Mizzi, the Energy Ministry’s former permanent secretary, and Yorgen Fenech, about the State aid implications of the power station project.

The Beat Ltd CEO also features in e-mails discussing the security of supply agreement, a contract which obliges the government to step in to buy energy from Electrogas if Enemalta is no longer able to do so.

An internal presentation given during an Electrogas board meeting showing David Galea's involvement in contract negotiations.

This particular contract was criticised by the NAO for shifting risk from Electrogas onto Enemalta and the government.

The “late inclusion” of such an agreement resulted in “possible distortion” of the tendering process, the NAO had said.

In an e-mailed reply to queries by Times of Malta, Galea said client confidentiality precluded him from discussing specific details of projects he was involved in.

“I do emphasise, however, that there is no conflict of interest. Beat has not been engaged to carry out any audits or investigations in the projects you refer to.”

In a follow-up telephone call by Times of Malta to clarify his reply, it was pointed out to Galea that the Enemalta contract referenced in the Government Gazette was for a “review” of the NAO report, not “audits or investigations”, as mentioned in his answer.

The direct order was given during the final weeks of Joseph Muscat's time as prime minister.

Galea replied by saying that he was precluded from discussing the nature of his brief.

In a reply, Enemalta said the NAO’s report concluded the power station was essential for Malta’s security of supply and to eliminate the use of heavy fuel oil.

“In view of these conclusions, Enemalta requested more information to understand better all the details presented. Enemalta asked for clarification with regards to statistical and economical analysis, as well as an evaluation of certain statements,” a spokesman said yesterday.

“Beat Ltd, which was originally part of the Enemalta team, was considered by Enemalta to be in the best possible position to provide such necessary information.”

No stranger to controversial projects

Beat Ltd is no stranger to controversial projects, having been engaged by various entities that used to fall under Konrad Mizzi’s remit.

In the recently-published NAO investigation into the ITS deal, the auditor general queried why Projects Malta had even needed to hire Beat Ltd as project managers for the ITS move to Smart City. Projects Malta told the NAO it did not have the necessary resources to manage “this substantial project”.

Evidence of Beat's work on the ITS move to Smart City was in short supply.

The NAO’s report drily notes that apart from some initial plans, “no further evidence of the work conducted by Beat Ltd was provided to the NAO despite queries submitted to Projects Malta”.