President George Vella stressed the importance of solidarity with countries affected by migration and the refugee crisis in the Mediterranean as he addressed his first Arraiolos meeting in Athens, Greece, on Friday.

The theme set for the 15th Arraiolos meeting was the fundamental principle of solidarity to strengthen the European Union as well as promoting the Union’s further integration.

The Presidents of Malta, Greece, Bulgaria, Croatia, Estonia, Germany, Hungary, Ireland, Italy, Latvia, Poland, Portugal, and Slovenia focused on the EU’s economic challenges as well as those of migration and security affecting the EU.

Dr Vella said the affected countries, such as Greece, Italy, and Malta, should not be left alone addressing the issue and resolving every case on an ad hoc basis.

In his reaction, Greek President Prokopis Pavlopoulos described Malta’s role in the migration issue as exemplary, whille several other presidents referred to the Malta Declaration on Migration as the first step towards successfully addressing the issue, the president’s office said in a statement.

Dr Vella emphasized that the EU’s values, particularly those of tolerance, equality, and fundamental rights, should continue to underpin the work carried out by a new European Commission. This was also stated in the context of the challenges that the European Union is undergoing due to Brexit. 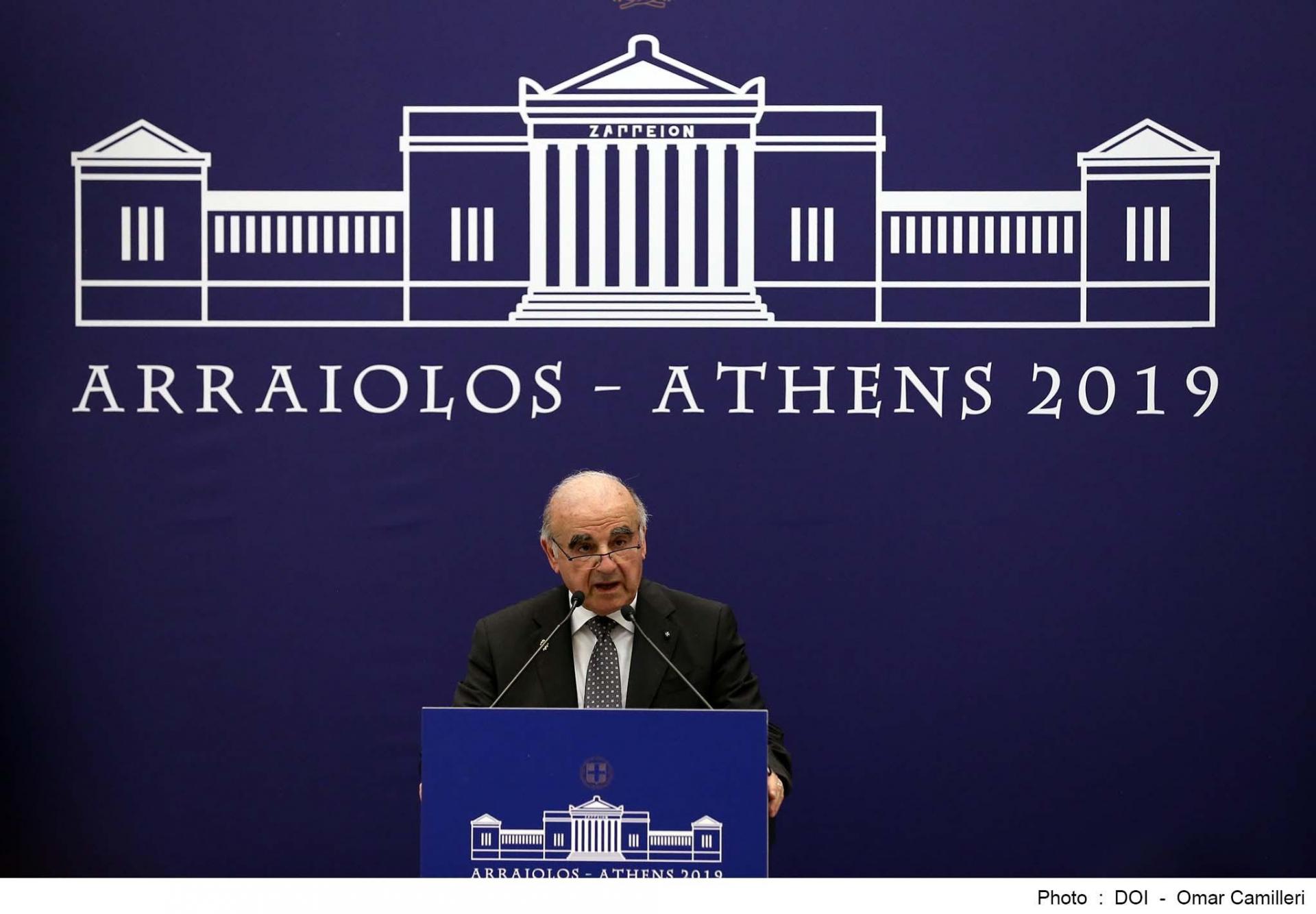 Turning to security in the Mediterranean and the region’s political and geo-strategic issues, Dr Vella emphasised the need for stronger international controls on the trafficking and sales of weapons and ammunition as this was crucial to reduce the chances of conflict.

He said he hoped that the discussions during the Arraiolos meeting will translate in more permanent solutions, both for the Mediterranean and the European Union.

At the end of the meeting, the presidents agreed on the Athens Declaration, in which they stated that Europe needs to continue with a political debate on the best way forward, with an aim to propagate more diverse opinions and innovative ideas. In this declaration, the presidents expressed their wish for future meetings to be focused on the deepening, widening and enrichment of this debate.