Two centuries after mysteriously disappearing from the Grandmaster’s Palace in Valletta, one of the masterpieces of Italian artist Mattia Preti has been returned to Malta and will soon be back at the palace where it belongs.

The oil on canvas Boethius and Philosophy arrived in Malta last month after it turned up at Sotheby’s Old Masters Auction in New York, from where the Maltese government bought it for €1.3 million.

En route, the painting, which measures 3.12m by 2.54m, spent three months in Rome due to flight cancellations caused by the coronavirus pandemic.

The purchase was funded by the National Development and Social Fund that has permanently loaned the work of art to Heritage Malta to ensure it is well looked after for posterity.

“It is a red-letter day for Malta when a work of this exceptional importance returns to its place of origin and of its emotional roots,” said art historian Giovanni Bonello.

“This invaluable painting has now returned to Malta where it belonged. Though Preti was Italian, he spent most of his creative life in Malta, becoming, with Caravaggio, a landmark icon of Maltese history and culture.”

The return was announced during a press conference held by the Ministry for the National Heritage, the Arts and Local Government.

Why it is so valuable?

Mattia Preti (1613-99), who was awarded an honorary knighthood by the Order of St John, moved to Malta in 1661 where he was promoted to Knight of Grace for decorating the monumental vault of the Conventual Church of St John.

This secured a constant flow of commissions spanning four decades, during which he flooded the local scene with outstanding works that had a lasting influence, said Kenneth Cassar, Heritage Malta’s senior curator for ethnography and arts.

“By the late 1670s, aged 60, Preti had developed a more profound meditative style whereby his search for emphatic gestures and luminous colours are replaced by toned down compositions and a tenebrist palette. This can very clearly be attested by the Boethius and Philosophy.

“Artistically, this is considered one of Preti’s late masterpieces. It is a fine example among the relatively few Preti philosophical subjects in Malta.”

John Spike, the leading world expert on Preti, described it as “one of the masterpieces of Preti’s last years, and, indeed of his entire career.”

What does it represent?

The painting depicts Roman Christian philosopher Boethius being consoled by the allegory of Philosophy while in jail awaiting execution, after Theodoric, the Ostrogothic King of Italy, accused him of conspiracy.

In prison he wrote The Consolation of Philosophy, which unfolds as a conversation with Philosophy about fortune, free will and fate. The subject is taken from this highly influential book very popular in medieval thought and among Baroque art patrons who favoured philosophical themes.

In his work, Preti captures the moment when Philosophy appears to the desperate Boethius, who sits pondering his past. 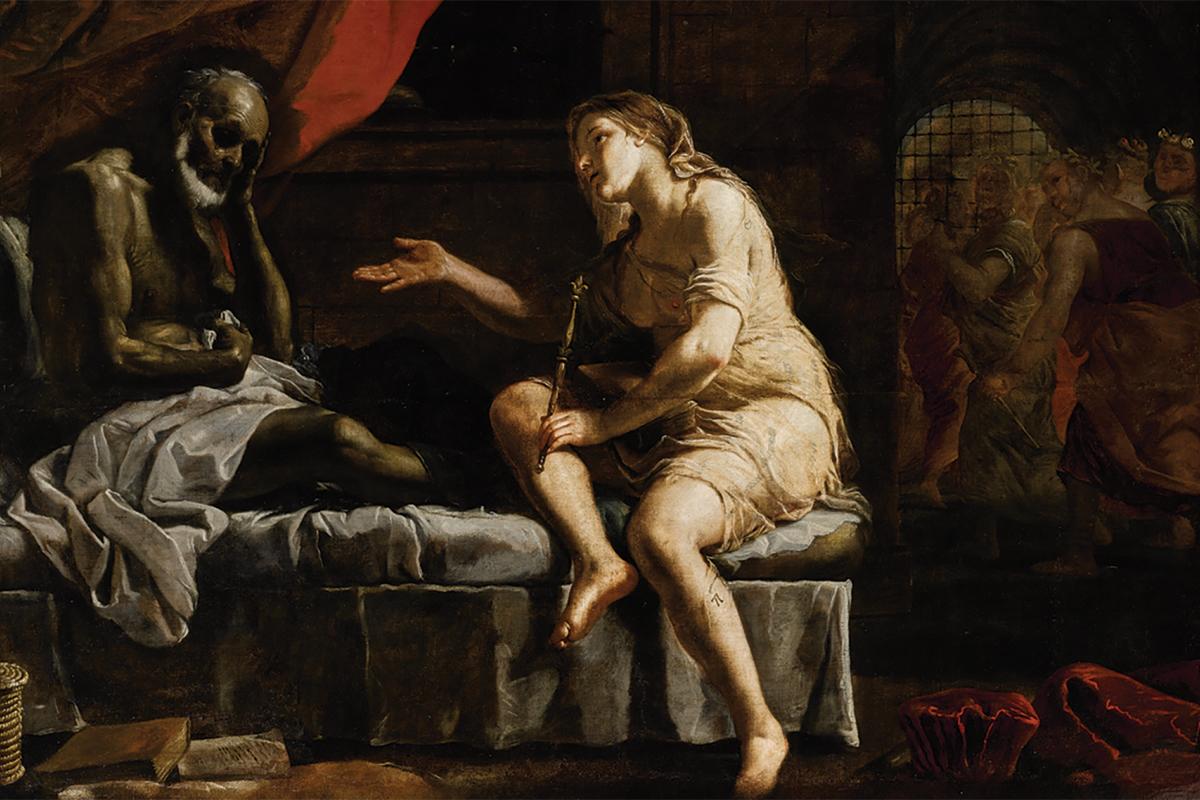 Boethius and Philosophy will be displayed to the public at MUŻA until July 31.

It is thought that Boethius and Philosophy was commissioned by Fra Andrea di Giovanni, a Knight of the Order of Malta, around 1680, and features in his 1714 will. Following his death, it was displayed at the Grandmaster’s Palace, says Emmanuel Magro Conti, Senior Curator for Palaces, Military Collections and Fortifications.

“We know it remained in the Grandmaster’s Palace at least until the 1820s, when artist Charles de Brocktorff (1775-1850) captured it in a watercolour depicting the Pages Room,” he says. The watercolour is today preserved in the Museum of the Order of Saint John.

The existence of two contemporary full-size studio copies and a reduced version in local collections supports the belief that the work was painted in Malta.

“The circumstances in which the Preti painting disappeared are still not clear, yet this was a time when it was usual for the British to sell national treasures or offer them as gifts. The painting does not feature in any of the late 19th century Palace inventories,” Magro Conti says.

Where did the painting end up?

The work only re-appeared at auction a few decades ago when it was bought by a private collector. Malta had requested its temporary loan in 1999, on the 300th anniversary of Preti’s death.

Meanwhile, as the years passed, earlier this year the administration at Sotheby’s Old Masters Auction in New York alerted Heritage Malta that the painting was up for auction.

On January 29, Heritage Malta, on behalf of the National Development and Social Fund, participated in an online auction by Sotheby’s and bought the oil on canvas.

One of the socio-economic aims of the fund is to protect and enrich the cultural and artistic heritage of the country.

The journey back home

The painting left New York in February and arrived in Rome by cargo plane in early March. By then, however, the outbreak of COVID-19 had disrupted all international logistical arrangements, and the painting was stuck in storage in Rome, Magro Conti says.

The matter was followed closely by Heritage Malta’s fine arts transporter representatives in Rome and in Malta.

The painting finally arrived in June. It was transported to MUŻA national arts museum where, following the customary acclimatisation period, it was inspected by Heritage Malta painting conservators who confirmed that it was in good condition.

Boethius and Philosophy will be displayed to the public at MUŻA from July 17 to 31. Following the ongoing major restoration project at the Grandmaster’s Palace, this masterpiece will return home to the Palace.