The correspondence was published following an order by the Speaker at the opposition's request yesterday, when Mr Bartolo delivered a statement on the subject. Mr Rizzo recently resigned from his post of chief executive of the Foundation for Tomorrow's schools and made his allegations public.

The exchanges show how Mr Rizzo in April urged Mr Bartolo to ‘throw out’ Mr Caruana.

Later that month Mr Caruana was given a new post in Mtarfa. Mr Bartolo told Mr Rizzo: “Treat him like a normal employee. Fair but firm. No one outside good governance regulations He might say that he takes cheques to Gozo to make life easier for Gozitan contractors. Listen to him, but let us address issues effectively through structures. Enjoy”.

Later Mr Bartolo wrote from his iPhone: "Please understand that no one no one no one enjoys immunity or is untouchable because he has worked for me politically since 1992. Understood:)?" 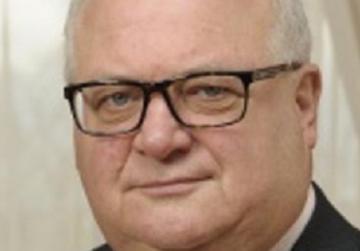 In September, after Mr Bartolo complained that no one had come forward with any tangible proof, Mr Rizzo replied:

"Permit me to tell you as a brother: you did too little too late.
“Transferring Edward with same incredible high remuneration package is worse than doing nothing at all. All Gozo knows what he was up to…someone is going to ask where from during the last two years Edward go c400k to build a six apartment block in Rabat.

"Believe me, you’re playing with fire with highly flammable material all around in each FTS file.”

Shortly after the correspondence was tabled, George Pullicino, Opposition spokesman for education, said it appeared that Mr Bartolo had tabled email excerpts and not the full emails he had referred to.

See the correspondence in full on pdf below

The Education Ministry insisted in a separate statement this afternoon that Mr Bartolo took fair and proportionate action according to the information available to him when corruption allegations against a ministry official were made by Philip Rizzo, then CEO of the Foundation for Tomorrow's Schools.

The minister also tabled in parliament his e-mail and SMS exchanges with Mr Rizzo following a request by the Speaker yesterday, when he delivered a statement on the subject.

The ministry in its statement this afternoon was reacting after a PN press conference where the minister was accused of failing to take effective action when the claims were made.

The ministry said that when the minister was informed in April about the irregularities, ministry official Edward Caruana was removed from the FTS central office, as Mr Rizzo himself had requested.

The minister made it clear that no one was being protected and all had to follow regulations. No payments were made where the invoices were dubious.

This action, the ministry said, was fair and proportional to the facts known at the time.

When in August and early September more serious allegations were made and information was substantiated, the minister called an inquiry headed by (financial consultant) Paul Bonello. The police were called in and Mr Caruana was removed from his work at the FTS.

In its press conference this morning, the Nationalist Party shifted responsibility for the alleged abuse by Mr Caruana onto Prime Minister Joseph Muscat, and urged him to take the necessary action against minister Evarist Bartolo.

Malta Today reported last month that Mr Rizzo resigned after alleging corruption in the granting of direct orders for the renovation of government schools.

Mr Bartolo then told Times of Malta that Mr Rizzo left due to “a clash with the chairman over a female cleaner”.

Mr Rizzo's lawyer denied the claims and insisted his client was on long sick leave because of the toll on his health from the “facts [he flagged] not allegations” about corruption and abuse at the government agency he headed.

The minister yesterday admitted he was first informed of alleged abuse by his canvasser Edward Caruana in April and not August, as he originally claimed.

Addressing a press conference at the PN headquarters, deputy leader Beppe Fenech Adami said that now that there was "no shadow of a doubt" that Mr Bartolo "lied" on a corruption case, the Prime Minister had to take action.

"If Muscat is still to be taken seriously he has only one option - to fire Minister Bartolo. If not, this will be yet another confirmation that the PM has no authority over his ministers and has become a prisoner of his own cabinet."

Shadow minister Jason Azzopardi said that Dr Muscat was now reaping his own fruit after failing to take action against Minister Konrad Mizzi and his chief of staff for opening secret accounts in Panama.

PN candidate Jean Pierre Debono said that since the PM could not act, it was the electorate which has to send the corrupt clique back to the Opposition benches.

The PN should not try to deceive the people on a case about which explanations had been given, the PL said.

In its reaction, the Ministry of Education said Mr Bartolo would not take lessons from Beppe Fenech Adami who - from the permits for his villa to the claims that he was director of a company allegedly involved in money laundering - showed that he did not even know the definition of acting correctly.