At a particular time when the loss of our archipelago’s identity has become so pronounced, the past being bulldozed away and heritage being sacrificed on the altar of an unforgiving right-now mentality, Joseph Agius talks to Mark Sagona about the project Identity of an Island – Gozo: Art between Past and Present and his role as its artistic director.

“You can’t come back to something that is gone.” So claims American novelist Richard Powers, the author of The Overstory, an ecologically themed masterpiece that won him the 2018 Booker Prize. 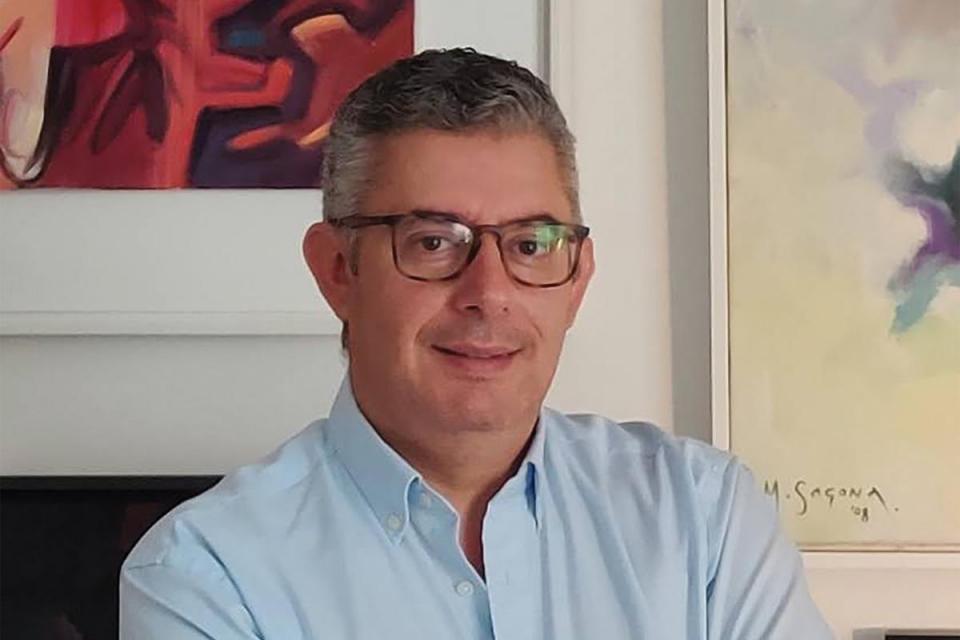 There will come a time when there’s nothing left worthy of our islands to return to after a period of time away from them. This is the plight that our archipelago is currently facing, their identity as Mediterranean islands being downtrodden, overwhelmed by tarmacked roads and vile, lifeless buildings amid the general sense of torpor and impotence in the face of it all experienced by the natives. How can a community persevere and be proud of its heritage when this is pillaged and raped, and authorities try to justify this state of affairs as progress to the new ‘modern’?

Gozo, the sister island, cherished as the “island where time stood still” has been rocketed out of its celebrated rural lassitude by a sudden overdevelopment that is seeing its typical skyline being taken over by highrise buildings that are transforming the fabric of the place and condemning it to a forlorn fate that has befallen its larger sister across the channel.

Identity of an Island is an artistic project that aims to investigate and explore the various aspects of Gozo in the beginning of the third millennium and aims to transcend epochal time.

Mark Sagona, visual artist and resident academic in the Department of Art and Art History at the University of Malta, was commissioned to embark on this project by the directors of Teatru Astra, the venue that will be hosting the whole event.

“I have been commissioned to create this event which forms part of an EU-funded project. This will see an extensive refurbishing of the foyer of Teatru Astra. Part of the contract included the organisation of an artistic-cultural event related to Gozo’s identity. I have thought of this project in terms of a two-pronged approach which celebrates the identity of Gozo through an examination of its art through the centuries and also examines Gozo’s current identity through a contemporary artistic discourse,” Sagona explains.

“One of the facets of the project is called Alternative Perspectives, a collective contemporary art exhibition for which there is currently an open call for proposals for artists to present works which engage with the Gozo of today. These proposals are to be presented by September 30, 2021.”

I want the artists to be challenged by the way the island is changing via its social fabric, its demographics, the immigration resulting in multiethnicity

The artistic director stresses the need to break the mould of the traditional stereotype, which generally depicts Gozo as an idealised, romanticised location, with representations of craggy cliffs, idyllic countryside and quaint narrow streets communicating an image of an island where time very slowly passes by while the sun benevolently beams. On the contrary, Sagona is after a narrative that explores and sincerely keeps up with these times of upheaval, of physical, social, cultural and religious change. He wants to see artistic projects which engage with the phenomena which are exerting huge change on Gozo. 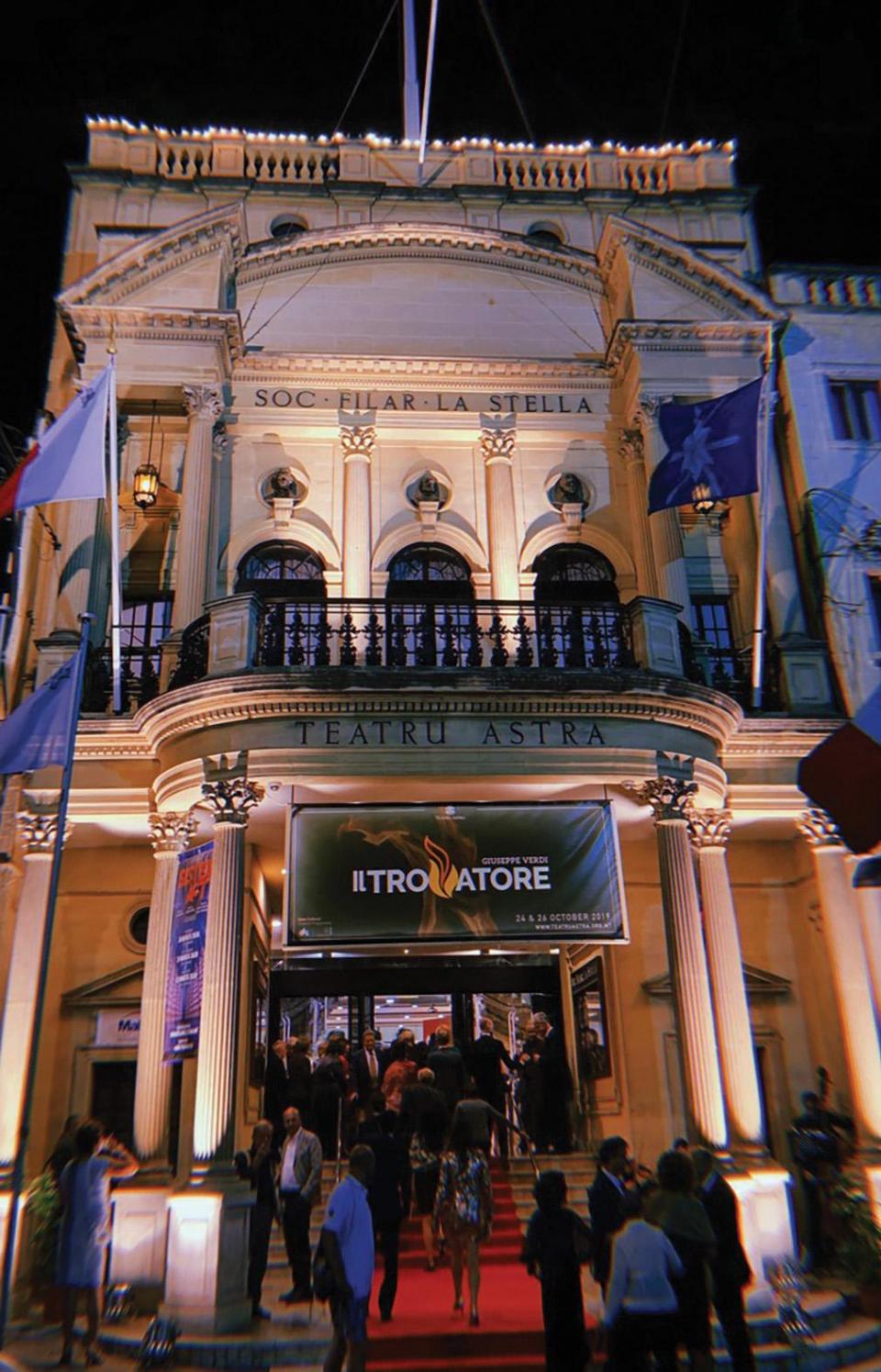 The façade of Teatru Astra in Victoria

“Artists are being invited to propose projects which ideally could take the form of a small corpus of works exploiting different media, ranging from installations, to printing and sculpture.  I am not after individual works by the various participants but after mini-projects which are visually and conceptually strong,” Sagona stresses. “I’m after a contemporary interpretation of this Gozo, not that of 50 years ago. I want the artists to be challenged by the way the island is changing via its social fabric, its demographics, the immigration resulting in multiethnicity. Other aspects that can be explored are its connectivity with the sister island, its relative isolation, its mythologies, the sudden increase in its population when people cross over for their vacations or their business. I want an artistic dialogue with the raw reality of Gozo today.”

Sagona is interested in works that are different from the usual, hackneyed formulas; works that ask questions and consort with controversy such as the issue of the proposed tunnel, the role of politics and the environment, parochial divisions and rivalry along ranks in such a micro-community.

One of the aims of this exhibition is to change the traditional approach to the interpretation of Gozo.  Sagona believes that there are many topics and themes relating to Gozo, but not necessarily exclusive to Gozo, which are yet to be tapped and engaged with. He wants to propose Gozo as a platform for an alternative and contemporary artistic discourse.

The other facet of the project will be in the form of an academic, art-historical conference, which is scheduled to happen on May 14, 2022. The conference will bring together leading academics and other researchers to discuss the multi-faceted artistic heritage of Gozo with reference to art, architecture, design and contemporary practice. 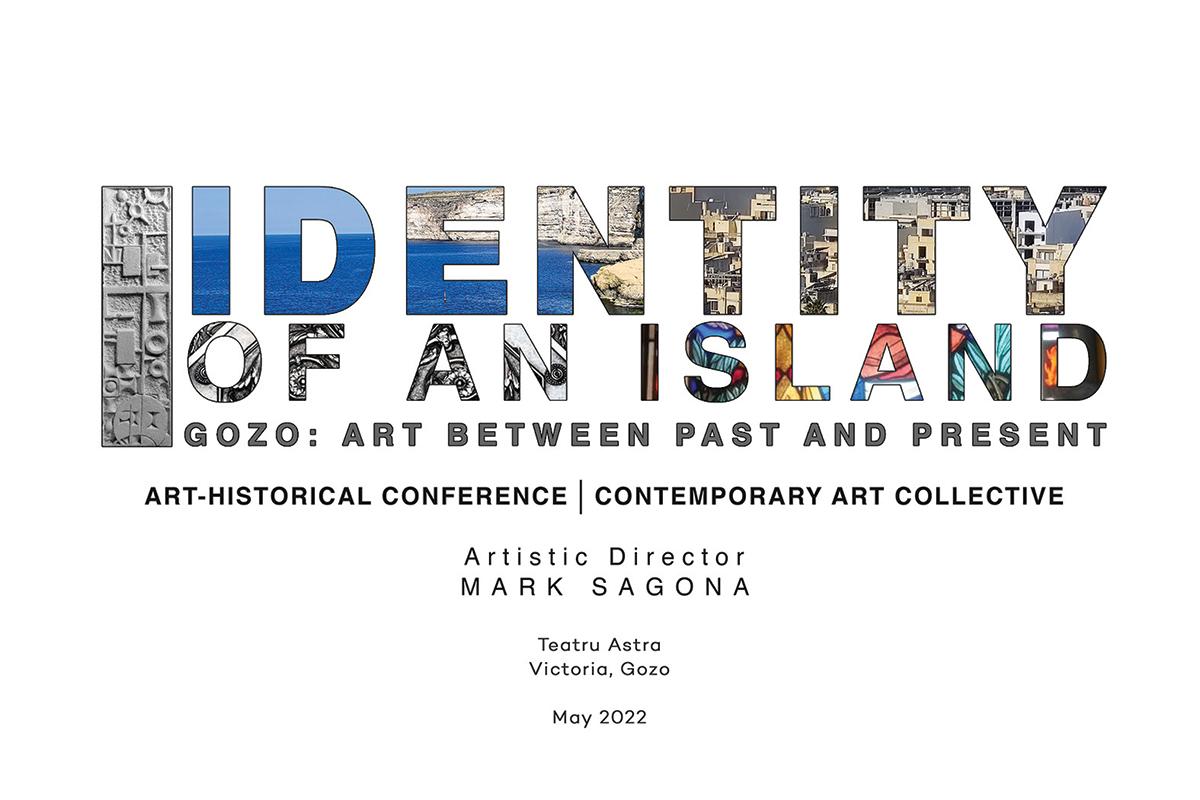 Identity of an Island, a project about contemporary Gozo earmarked for May 2022.

“The prospective speakers in the conference include Keith Sciberras, who will discuss the baroque artistic legacy of the island; Giuseppe Schembri Bonaci will talk about the development of modern ideas in 20th-century Gozo; Nikki Petroni will tackle the context of contemporary art; Conrad Thake will discuss late 19th/early 20th century architecture and Charles Cassar will talk about 19th-century ecclesiastical architecture. My subject will deal with my area of art-historical research: the decorative arts at the turn of the 20th century, while Nicoline Sagona, senior curator at Heritage Malta, who is in charge of the up-and-coming Gozo Museum, will expound on the history of the various Gozitan collections,” Sagona explains.

The public will be able to visit Alternative Perspectives throughout May 2022. The exhibits will be catalogued in a dedicated publication edited by Sagona, one that will also include the papers proposed during the conference.

Parts of the newly refurbished foyer, together with several spaces within the theatre itself including the stage, the orchestra pit, the entrance and corridors leading to the auditorium will act as exhibiting spaces.

Participating artists are being, therefore, invited to embark on site-specific art which can also engage with the unusual spaces of the theatre and its foyer. Interested artists are encouraged to refer to the dedicated website of the event www.identityofanisland.com and establish contact through the following e-mail address: info@ identityofanisland. com.

One is at odds to define this exhibition and conference as a celebration of Gozo’s identity; the term somehow infers some sort of epiphany, an apotheosis, maybe also a catharsis. However, the intention of the event’s artistic director quite suggests the contrary.

“I want this event to be a statement – where is Gozo going?” Sagona concludes.