Malta today is barely recognisable compared to that of 10 or even five years ago. To blame is the rate of globalisation, which has made the world not only smaller but even flatter.

Distances between countries have virtually become almost non-existent, and cultural differences between peoples are slowly being levelled out. It is not my intention to pass judgement on this phenomenon. After all, we all cherry-pick what best suits us from both the eastern and the western worlds (and from the northern and southern hemispheres).

But the mixing of peoples also makes us conscious of our tendency to run into issues of group identity which tend to become more acute, and sometimes even neuralgic. When confronted by different peoples or changing cultural values we might adopt two kinds of reactions. The first is that we gang up among ourselves and pit ourselves against “the other”. The other is perceived as a threat. At worst, the other is an invader to be defeated, and at best someone to be tolerated.

A second kind of reaction, when confronted with “the other” is that we become more aware of the differences between ourselves and the other. As a result we might amplify whatever characterises us as a group, blowing them out of proportion to distinguish ourselves even more from “the other”.

These reactions are not only triggered when migrants end up on our shores. They can also be generated when one family is welcomed into another or when a new colleague joins an established team on the workplace. 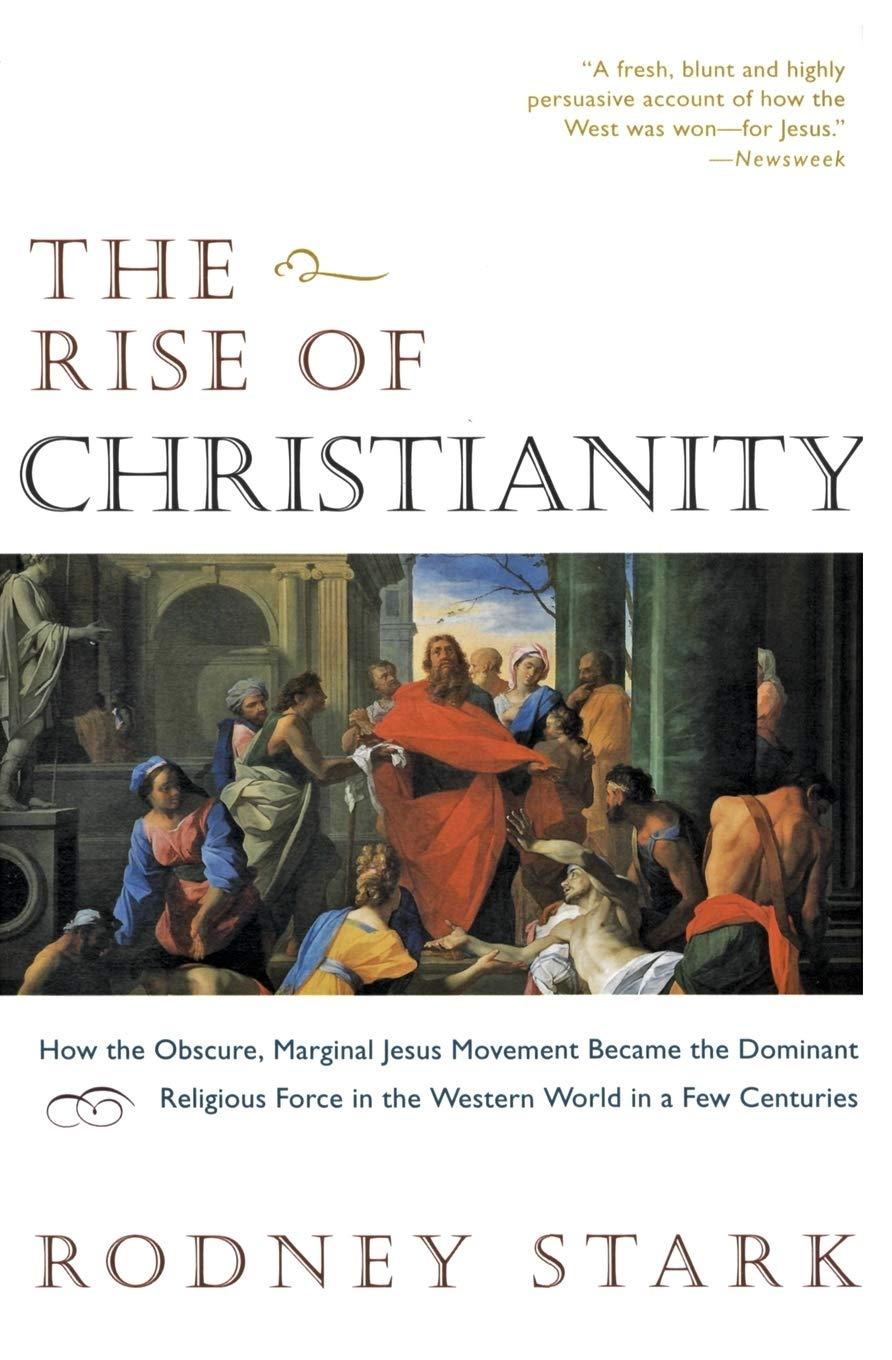 In The Rise of Christianity, Rodney Stark attempts an explanation for the impressive spread of the nascent Christian Church in the first centuries.

One of the main points made by sociologist Rodney Stark in his book The Rise of Christianity. Stark attempts an explanation for the impressive spread of the nascent Christian Church in the first centuries. How could this religion have thrived in such a brief period of time and in such a politically hostile environment as were the lands surrounding the Mediterranean Basin at the time? What might have been the underlying reasons for this new religion, led by poor and uneducated disciples, to flourish the way it did?

Stark proposes that the Christian ethic embraced by Christ’s disciples must be responsible for the success of the Christian religion, at least in the first three centuries. Stark considers that God’s mercy required humans to be merciful in turn. The corollary, he insists, is “that because God loves humanity, Christians may not please God unless they love one another”. This was something entirely new.

In today’s gospel, which is set in the Last Supper just after Jesus washes the feet of his disciples and after announcing his being betrayed by one of his closest friends, he gives them a new commandment to love one another. Their love for one another, Jesus tells them, will be the only proof of their identity.

Sometimes we might want to prove our identity as Christians, or as Maltese, through external religious symbols. It’s not that these have no value, for they are the product of a rich heritage and they ought to be looked after. But Jesus shows us another way that passes them all. The most convincing way to prove our identity is to love one another.

In his visit to Malta, Pope Francis made direct and indirect references to the identity of the Maltese, including its Catholic heritage and values. He did so not with an exclusionary tone but always returning to an identity of service to the other.

Our identity as Christians is meant to raise eyebrows. It ought to be countercultural

Our identity as Christians is meant to raise eyebrows. It ought to be countercultural. We do so by putting into practice Christ’s new commandment of love on the pattern that he himself has given us.