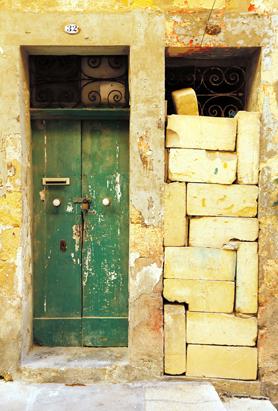 Edwin Vella (November 3) posits the question ‘Tax on vacant properties?’ He is indeed a very experienced tax expert, and his views on the topic are still highly respected within the profession.

That, however, does not mean that all of his ideas and assertions, like in his article on the taxation of properties, should not be debated and indeed countered. I try hereunder to answer his question with a categorical ‘Yes’.

It is pointless to hold that in the past governments (presumably in Malta) never accepted to consider certain types of property taxes.

Times, specific economic exigencies, and indeed even elements of a situation (e.g. Malta’s now being part of the EU, and an EU Commission constantly looking at our fiscal set-up), these all change, and so there is absolutely nothing wrong in a Maltese government of today, or even tomorrow, looking at the taxation of property in some form or other, even if for the first time.

Let me again, for the umpteenth time, state that it is taxing long vacant and unutilised property that we are talking about here. This is not taxing of earned income, like income tax, but the taxing of ‘unearned’ (in the certain sense of not having been workedfor) income.

In our legislation, mainly the ITA and the ITMA, rents received are lumped into the income tax return for purposes of declaration, but that is not our subject here.

What is, is the potential source of such rental incomes that is the physical buildings.

So Vella’s apparent position that when talking about this subject we are talking about income tax is, finely speaking, incorrect.

Bringing in Italy’s Matteo Renzi in such a context is irrelevant. Indeed Renzi’s thinking is that no form of taxation should ever exist if not in a specific economic context.

He looks upon, and uses, taxation (including property taxation) on the basis of Italy’s own national needs, and we should independently do likewise.

To speak of a “bare number of vacant properties”, and “which are irrelevant when examined in detail”, is both incorrect and clearly an attempt to sweep the actual problem under the carpet.

Thankfully the government, many environmental and social groups, and, in a certain sense, even recently the MDA, do not think in this way.

The number of such buildings is not irrelevant. Apart from the fact that simple walks down many main streets in Ħamrun, Birkirkara, Sliema, Valletta, Floriana, Gozo and elsewhere will quickly show that the number is not at all to be spoofed at.

It is not at all incongruous that a government should seek to put right, even through tax measures, bad policy approaches of previous governments

Even national census figures have unearthed the size of the problem.

I have always argued for the need of a good, detailed, national cadastre to be undertaken, and with that tool then really come round to agreeing whether we are talking about 70,000, 50,000, 30,000 or whatever as the number of properties which could potentially (even in the light of specificities to be included in a properly drafted Long Vacant and Unutilised Property Taxation Act) be taxed in a manner that, indeed, moves them quickly, and that is the salient word, out of in fact such a tax’s grips.

Naturally, the issue of inherited properties comes into the debate. And the latest budget measures to change the essential legal basis on which properties would have to go to sub’asta is clearly, for a start, a step in the right direction.

Vella clearly agrees with me that far too many heirs create wanted prices out of thin air for their inherited properties.

If legislation eventually becomes such that, irrespective of the high costs of repairing such properties, then either they automatically start becoming subject to the above suggested form of taxation, or eventually fall into the hands of government, then yes a big drop of such eyesores will over time be seen to come about.

If Vella is favourably inclined towards such an approach as being what he describes as “a positive and constructive manner” towards solving the problem, then we would be on the same wavelength.

This indeed is the hoarding which needs to be attacked. Asking “where is the demand for such properties?” is easy to answer. For one thing government has a waiting list for social housing that never seems to fall.

Government has the ability and resources to redo such buildings up to a satisfactory and habitable manner, which the private sector does not. That indeed might be a good, quick swipe at much of the often obscene profiteering that goes on within this sector.

Indeed it is not at all incongruous, as Vella pronounces, that any government should seek to put right, even through tax measures, bad policy approaches of previous governments.

Vella mentions the example of measures which in the past were taken in the Floriana and Valletta area.

I am unaware of their success or otherwise, but I do not in fact rule out that governments can, indeed should, also consider specific measures for certain areas.

If, for example, Sliema, Xlendi and elsewhere have become areas where long vacant unutilised property hoarding is taking place, while at the same time becoming development jungles for many residents, then yes why not pronounce themas simply “no further development areas”.

In this same context it is also undeniable that for many young and not so young workingcouples the prices being asked from them for even their desired first property are often outrageously high, and that we have far too many cases of induced property slavery for a lifetime. So, yes, the demand is clearly there.

As Vella says, we do need to create new constructive and positive manners of looking at our national property situation. And doing this also includes shooting down much of the false and incorrect claims that the development industry makes for itself, about for example its alleged contribution to the national economy.

But Vella is wrong in saying that taxation of immovable property has reached saturation point. Far from it.

We need to keep harping at methods to get property, all long vacant and unutilised property, moving in a much faster way. And taxing such properties when they are kept vacant for a long time is one way of doing it.

Within such a context the worst attitude that can be adopted is to in any way argue that all property taxes are not fair. With even the International Monetary Fund holding that property taxes are “a fair assessment”, and “an effective, even if unpopular, way to reduce inequality” (IMF’s periodical Finance and Development, December 2013) then I am comfortable in feeling I am not at all in bad company.

John Consiglio is a retired banker and lectures economics at the University of Malta.