Final deeds on residential property purchases grew by a whopping 606 in May compared to the same month last year.

Official data issued on Thursday shows the number of final deeds reached 1,158 in May 2021.

May was, however, the slowest month in property sales last year, and this year's figures are close to what they were in 2019, according to a graph issued by the National Statistics Office.

A further 1,478 promise of sale agreements on residential property were registered in May this year, an increase of 967 over the same period last year.

The value of the final deeds totalled €319.5 million, more than three times higher than the corresponding value recorded in May 2020, the National Statistics Office said. 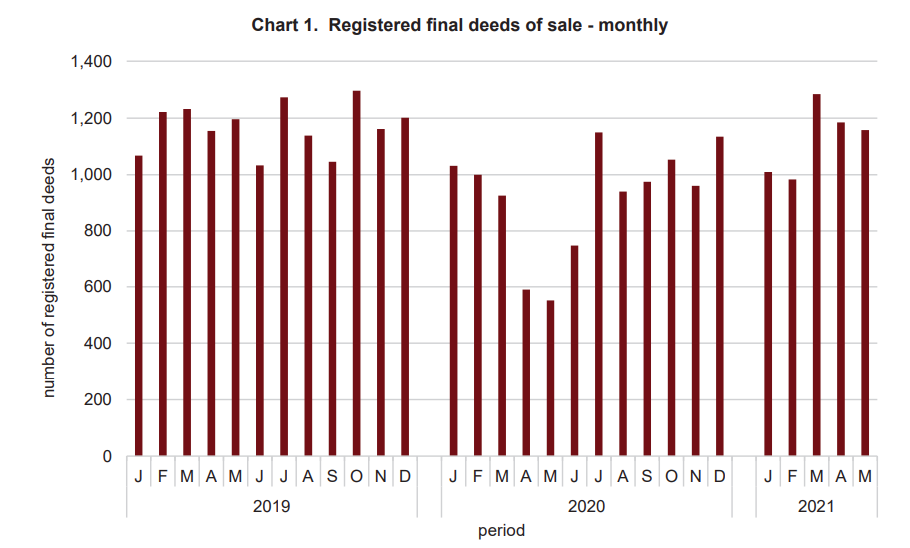 1,075, or 92.8 per cent, of these final deeds of sale involved individual
buyers (households), with companies accounting for virtually all the rest. The value of the deeds involving individual buyers (households) amounted to €208.2 million, equivalent to 65.2 per cent of the total value.

The highest numbers of final deeds of sale were recorded in Gozo, and the Żabbar, Xgħajra, Żejtun, Birżebbuġa, Marsaskala and Marsaxlokk regions. The lowest numbers of deeds were in Cottonera  and the Mdina, Dingli, Rabat, Mtarfa and Mġarr region.

In May 2021, 1,478 promise of sale agreements relating to residential property were registered, an increase of 967 over the same period last year. Individual potential buyers (households) accounted for 1,351, or 91.4 per cent, of the  agreements, while the rest mainly involved companies.

The largest numbers of promise of sale agreements related to residential properties in Gozo and the Żabbar, Xgħajra, Żejtun, Birżebbuġa, Marsascala and Marsaxlokk regions.

The lowest numbers were noted in respect of properties located in Cottonera.