Environmental activists wearing masks and bearing placards gathered in front of the Office of the Prime Minister on Saturday to protest a decision to hand the Miżieb and Aħrax woodlands to the hunter’s federation.

Holding handmade signs decrying the secret deal, the roughly 200 protesters were careful to respect social distancing measures in place by the health authorities, with marshals advising people where to sit at an appropriate distance and hand sanitiser distributed among attendees. 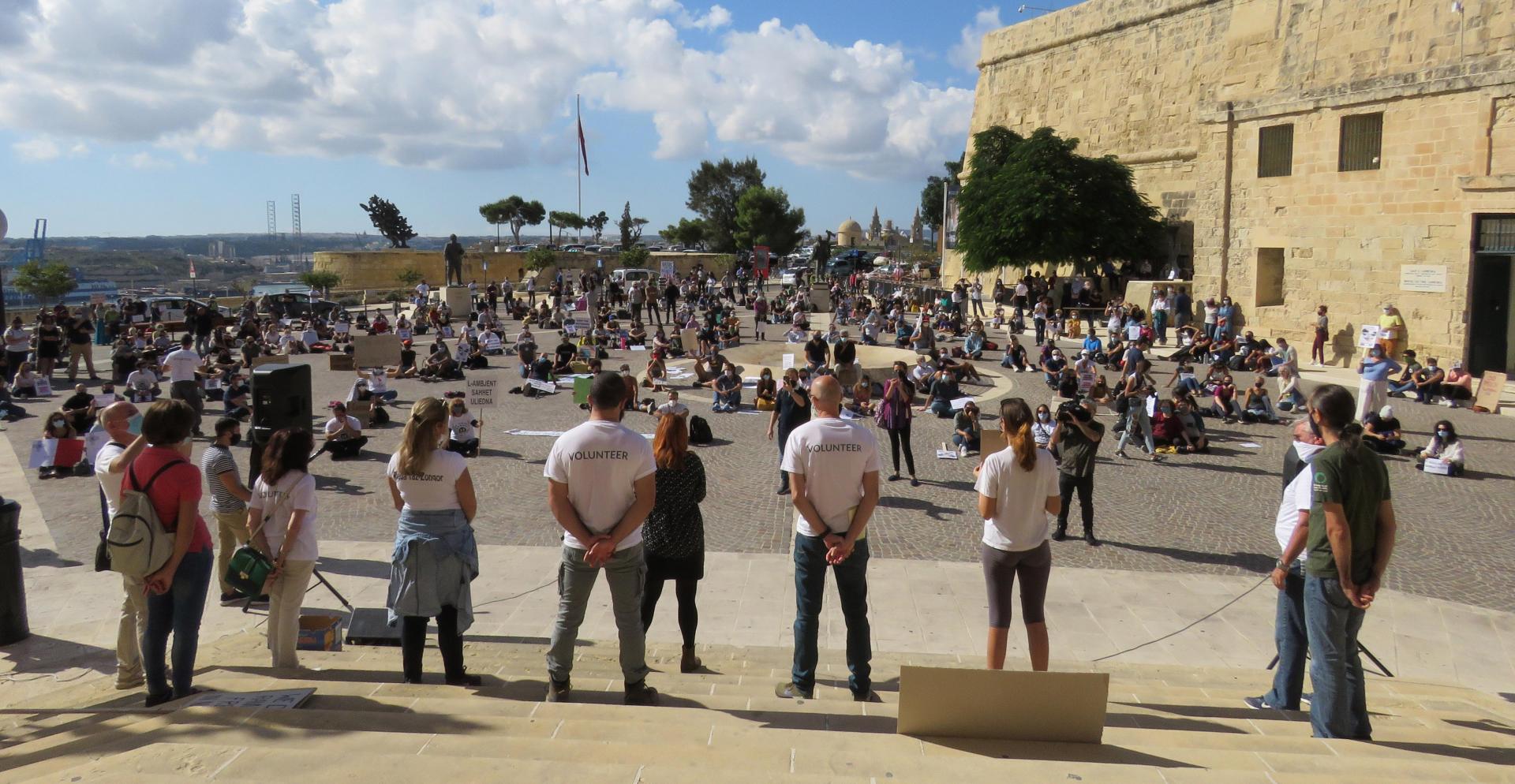 Activists quietly self-policed to ensure participants did not breach social distancing and mask-wearing laws introduced due to the COVID-19 pandemic.

The protest comes weeks after the government quietly signed away management rights of the two massive Mellieħa woodland areas to hunters’ federation FKNK for a three-year period, despite significant protest from several civil society groups.

Under the terms of the deal, Miżieb and Aħrax, which make up an area five times larger than the Buskett woodlands, will be reserved for licenced hunters and trappers during permitted hunting hours, with the public given access at undefined “reasonable times”.

The FKNK has said that the deal formalises an arrangement that had been in place for decades and is nothing out of the ordinary. Activists say the government is pandering to the hunting lobby while restricting public access to areas of natural beauty. 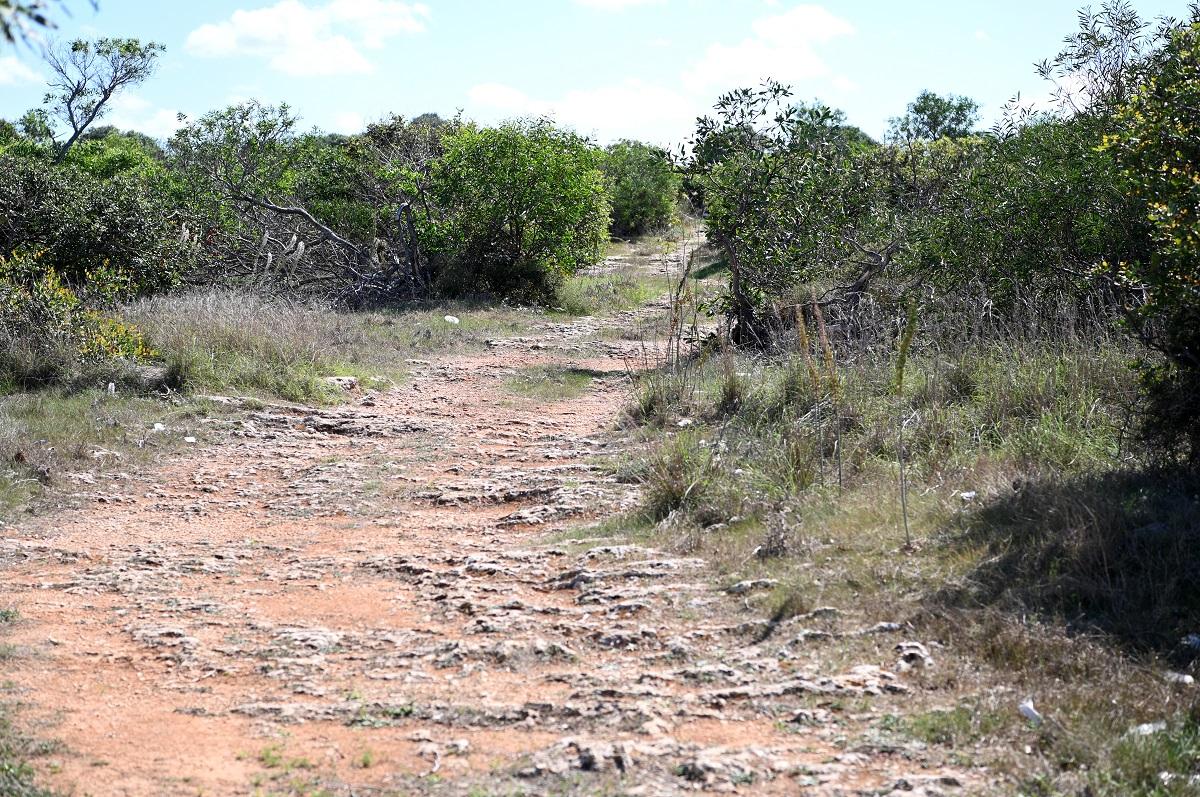 'I want a government that appreciates open spaces'

Speaking on behalf of the Spażji Miftuħa coalition of NGOs which organised the protest, 33 year-old Josianne Micallef said that in a country like Malta, with a small land mass and high population density, open rural spaces were more precious than anywhere else in Europe. 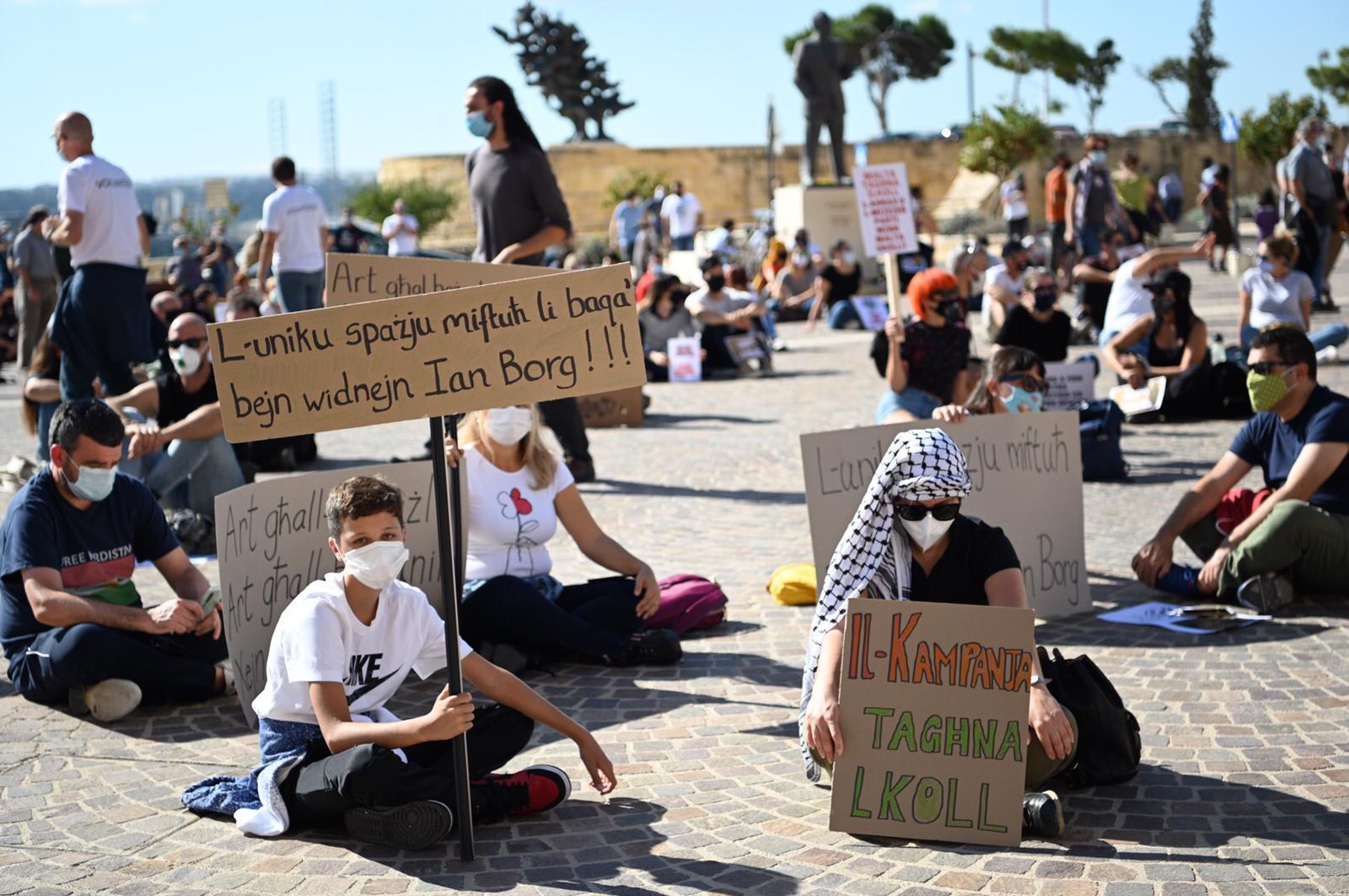 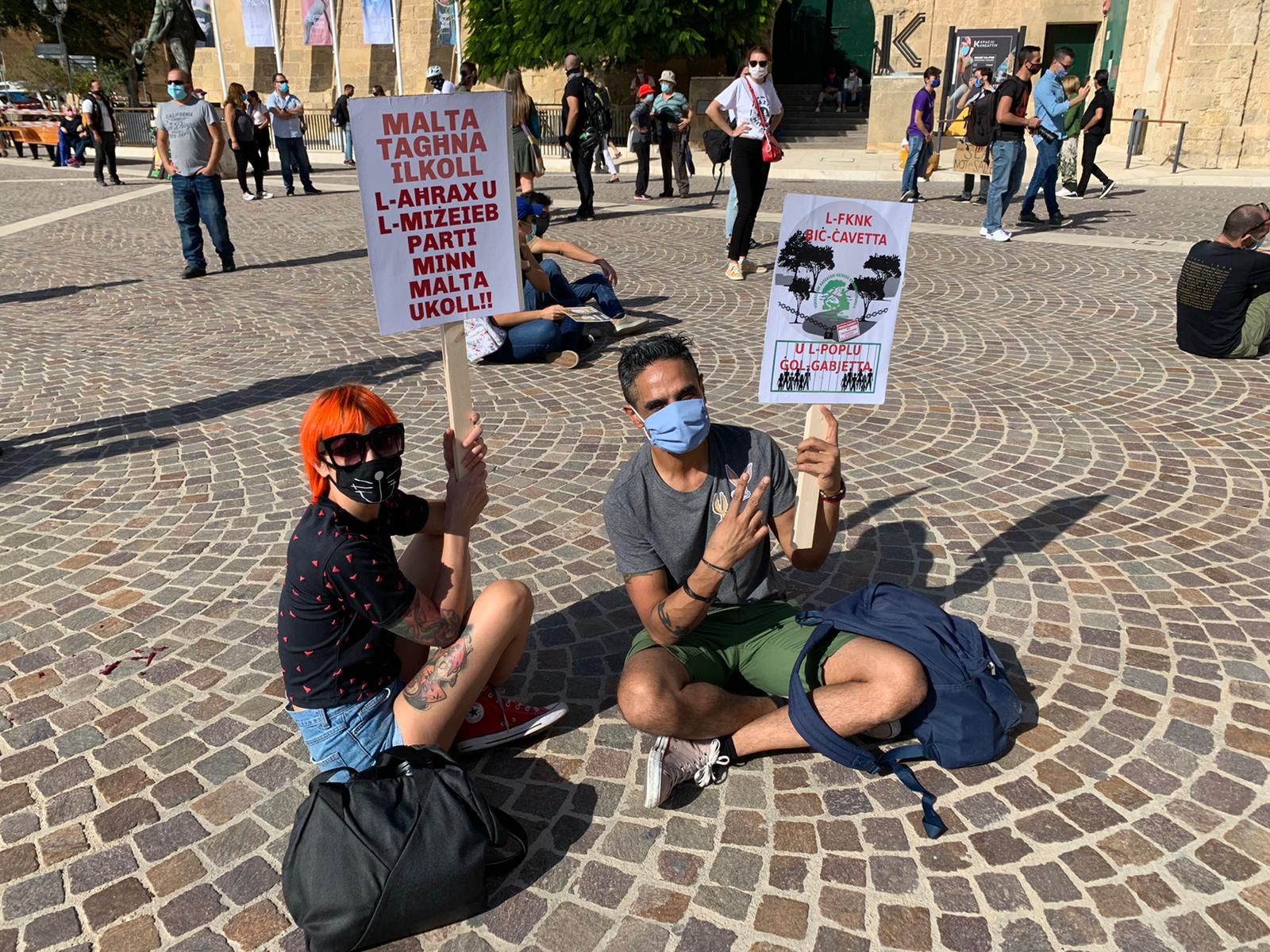 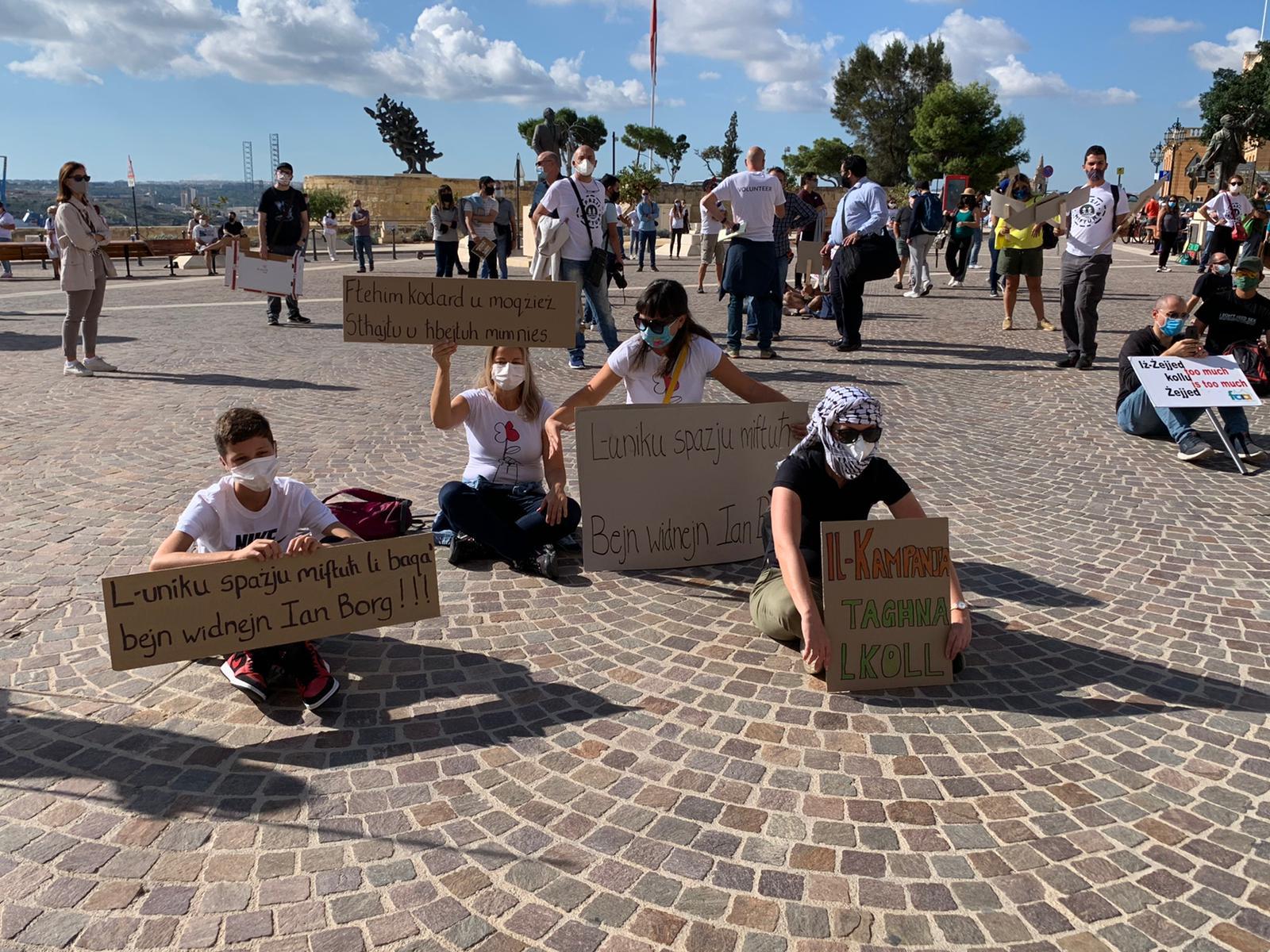 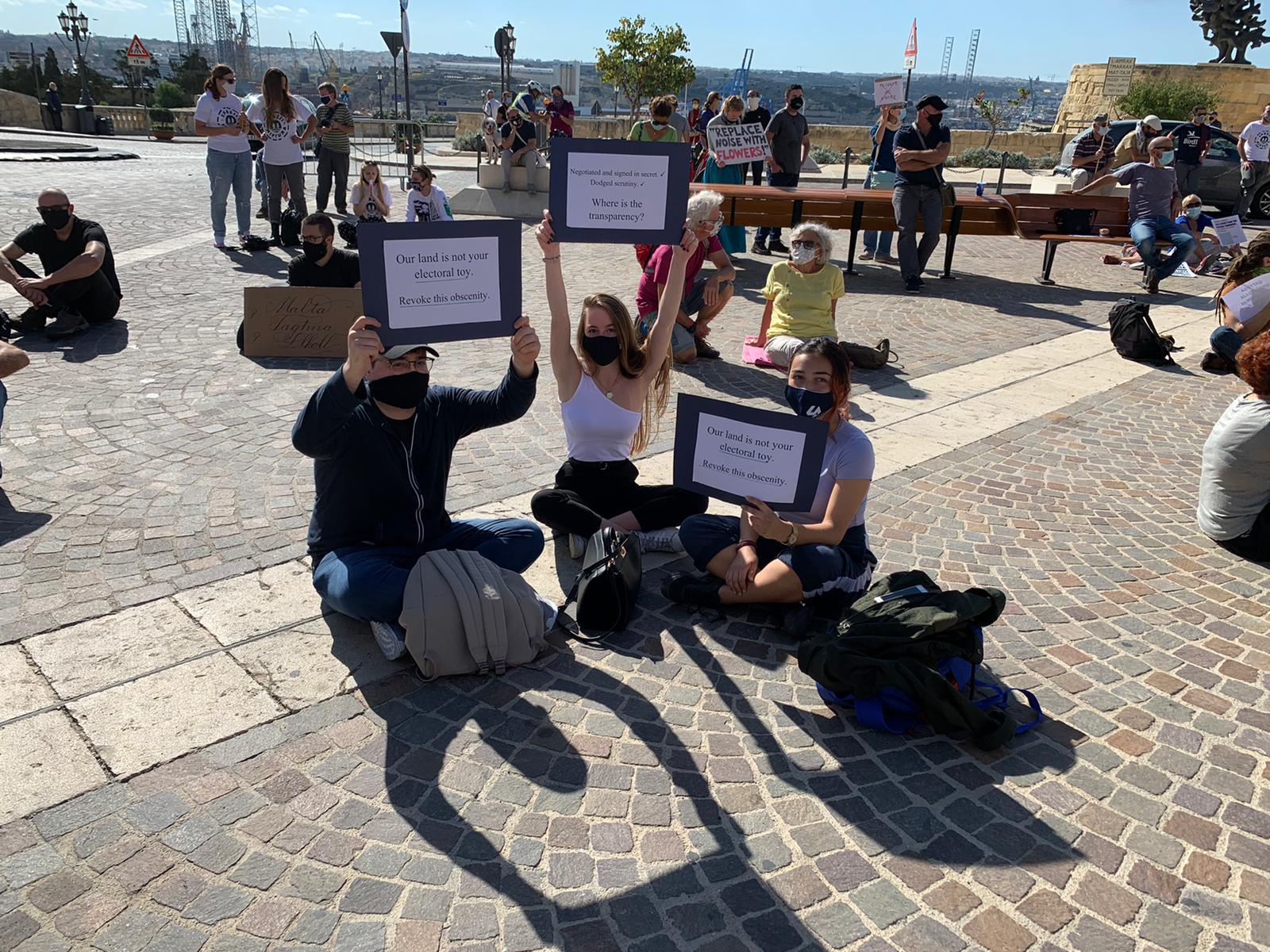 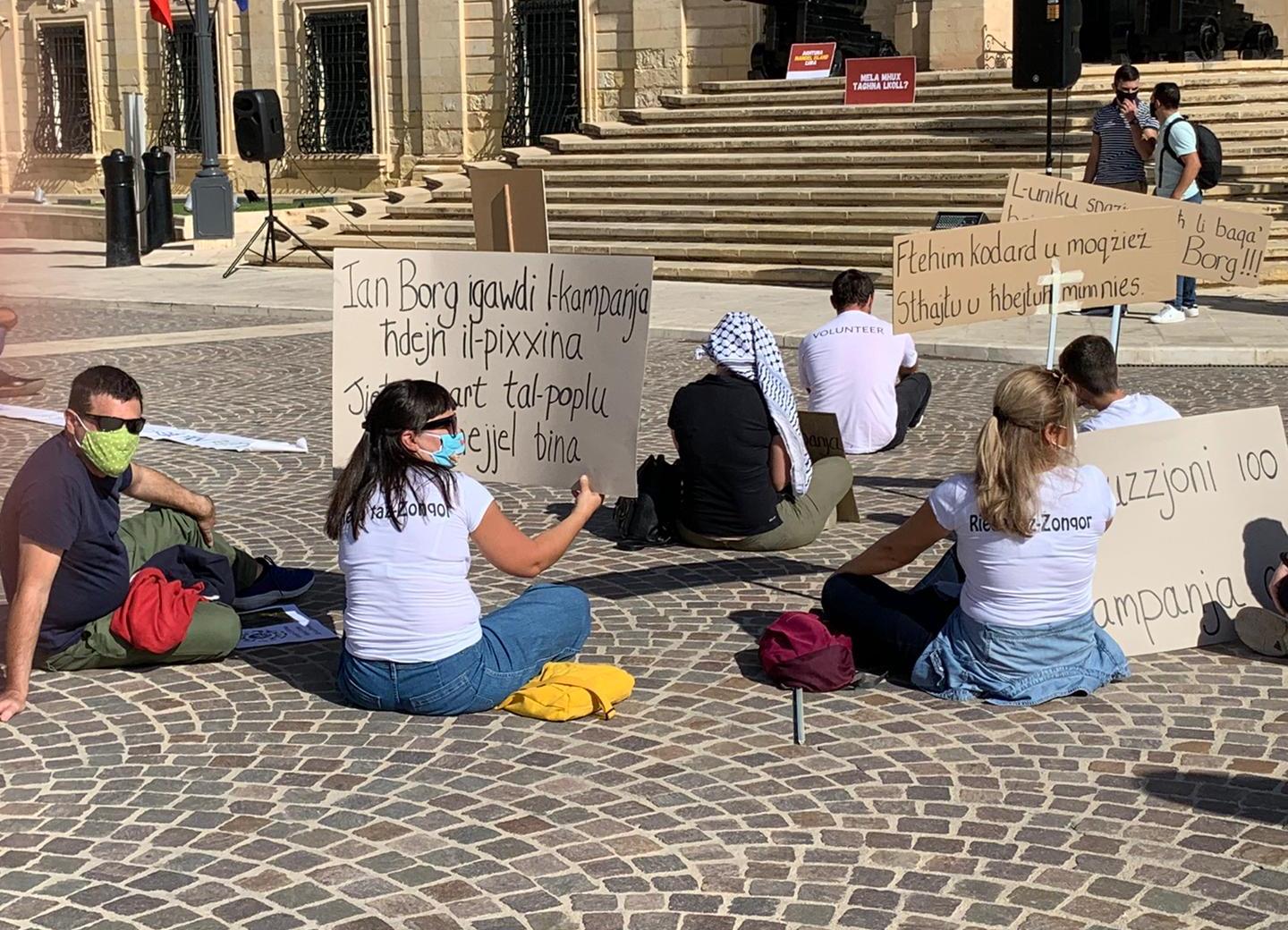 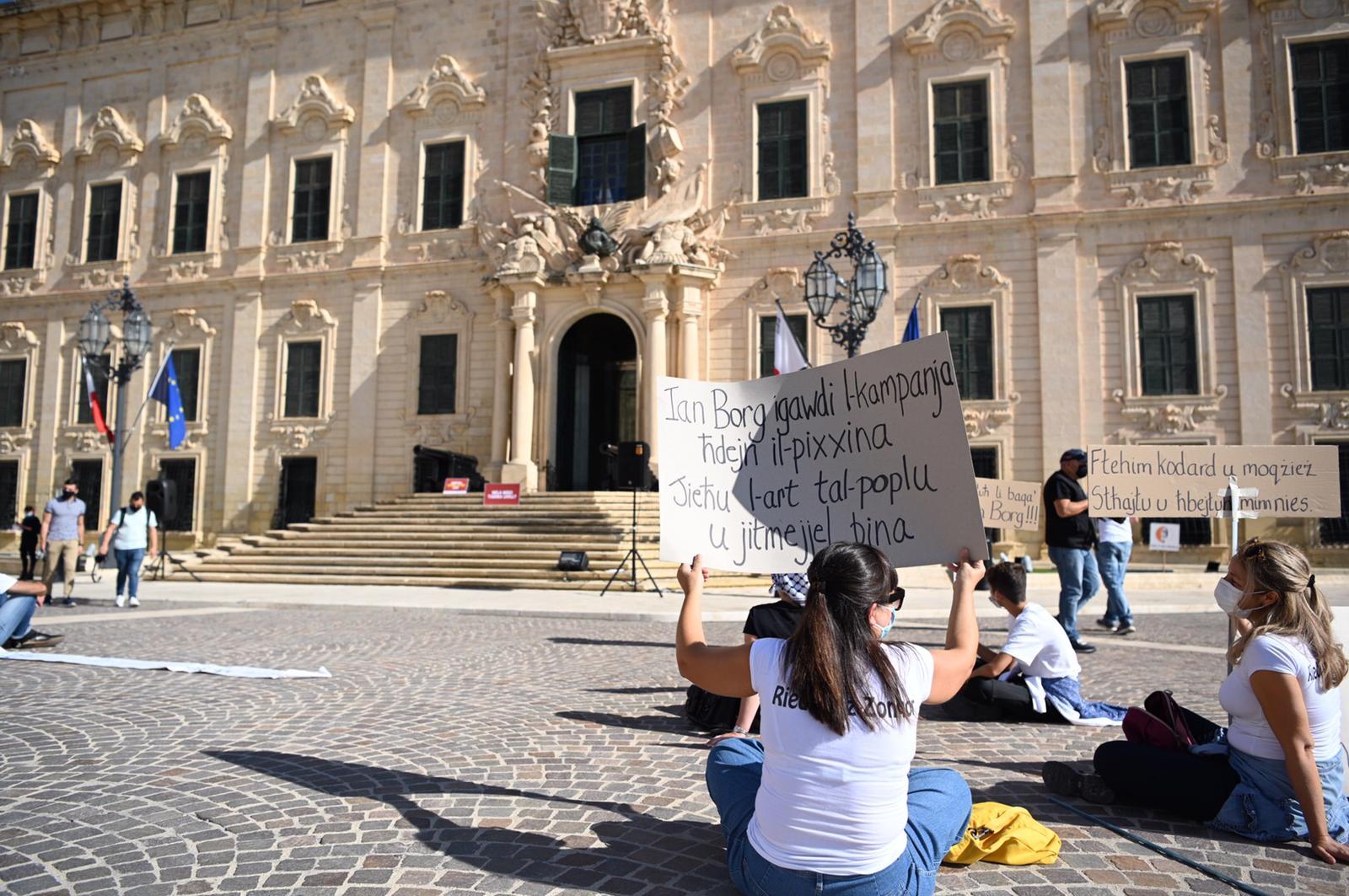 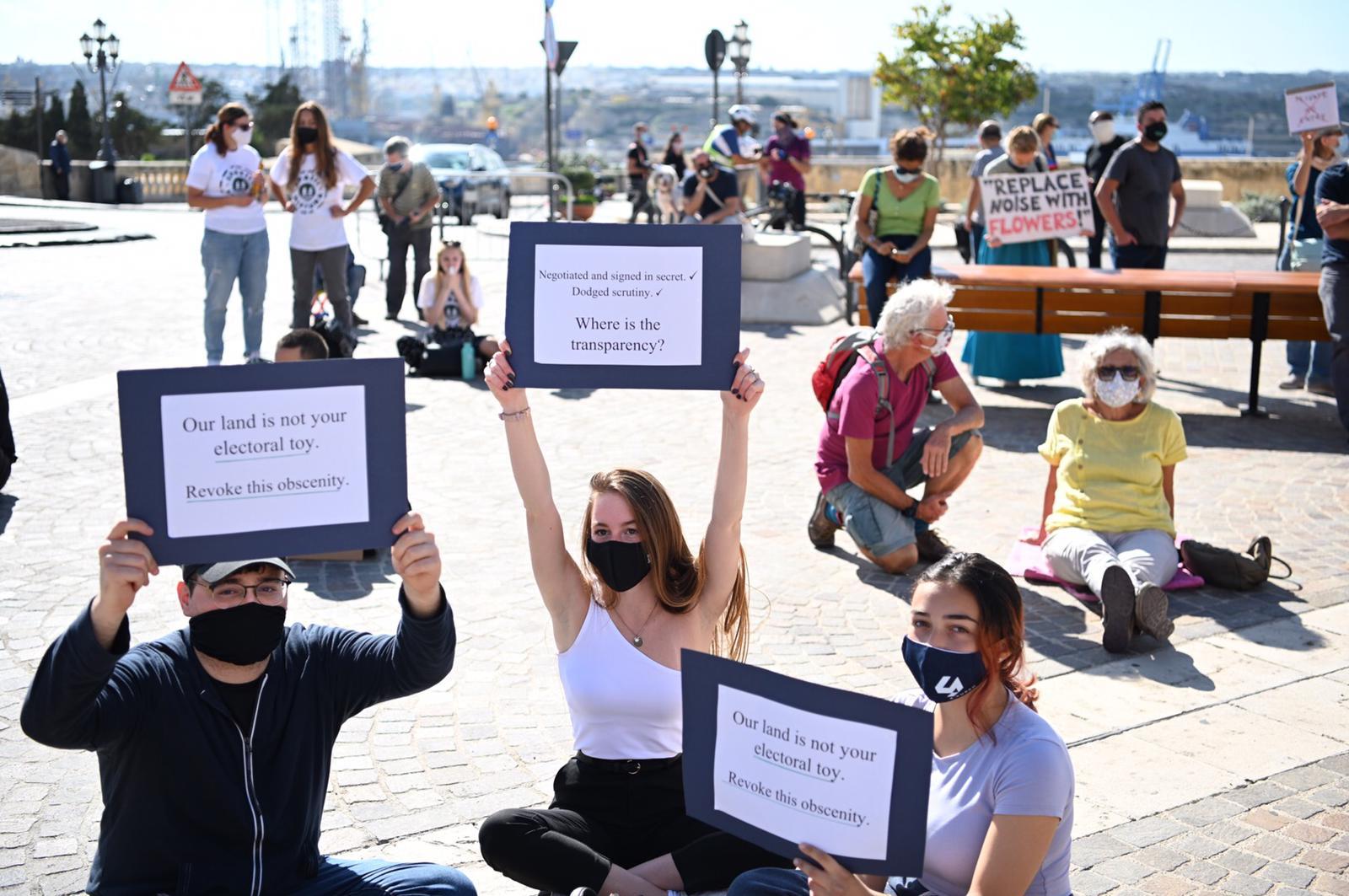 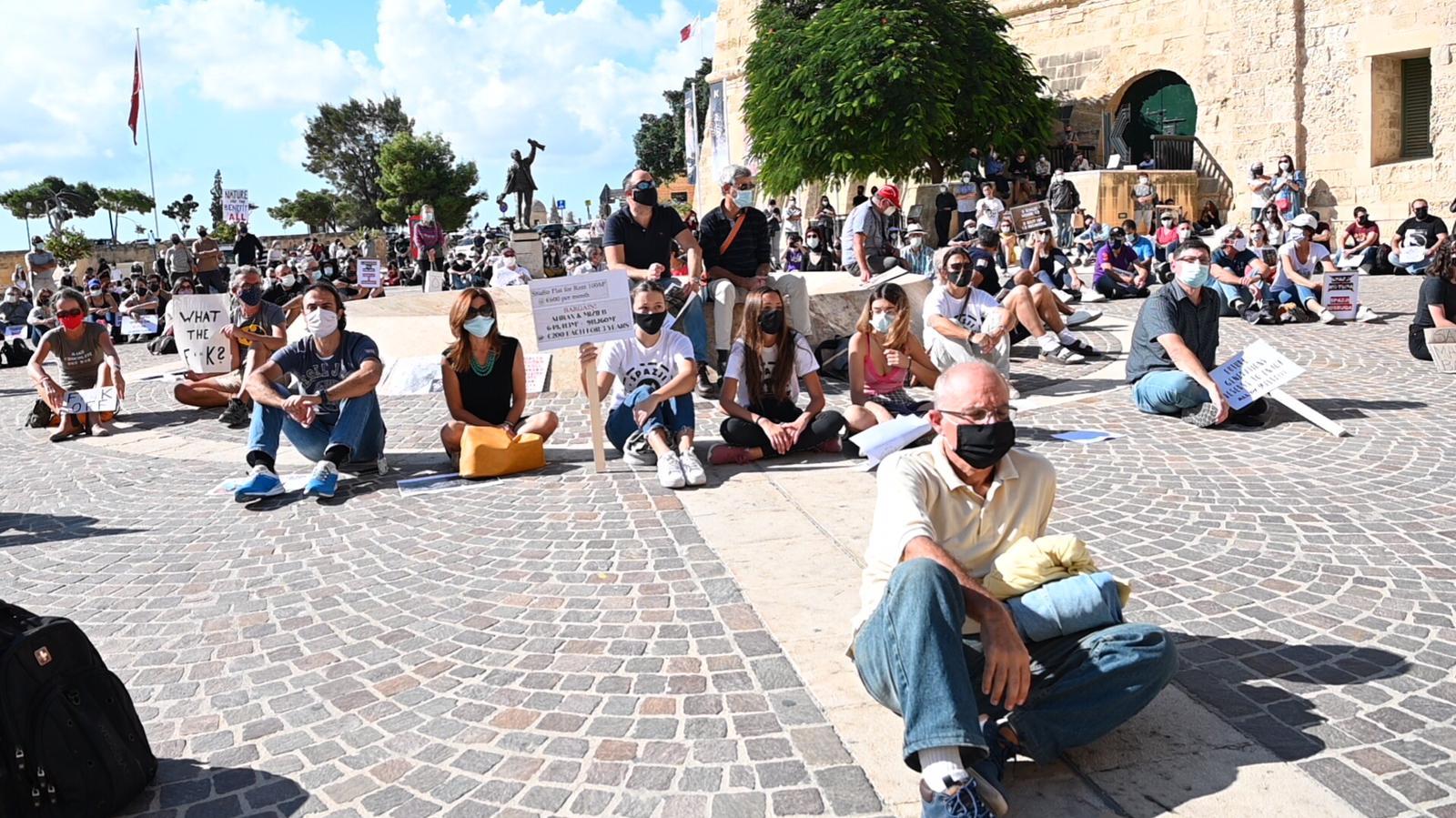 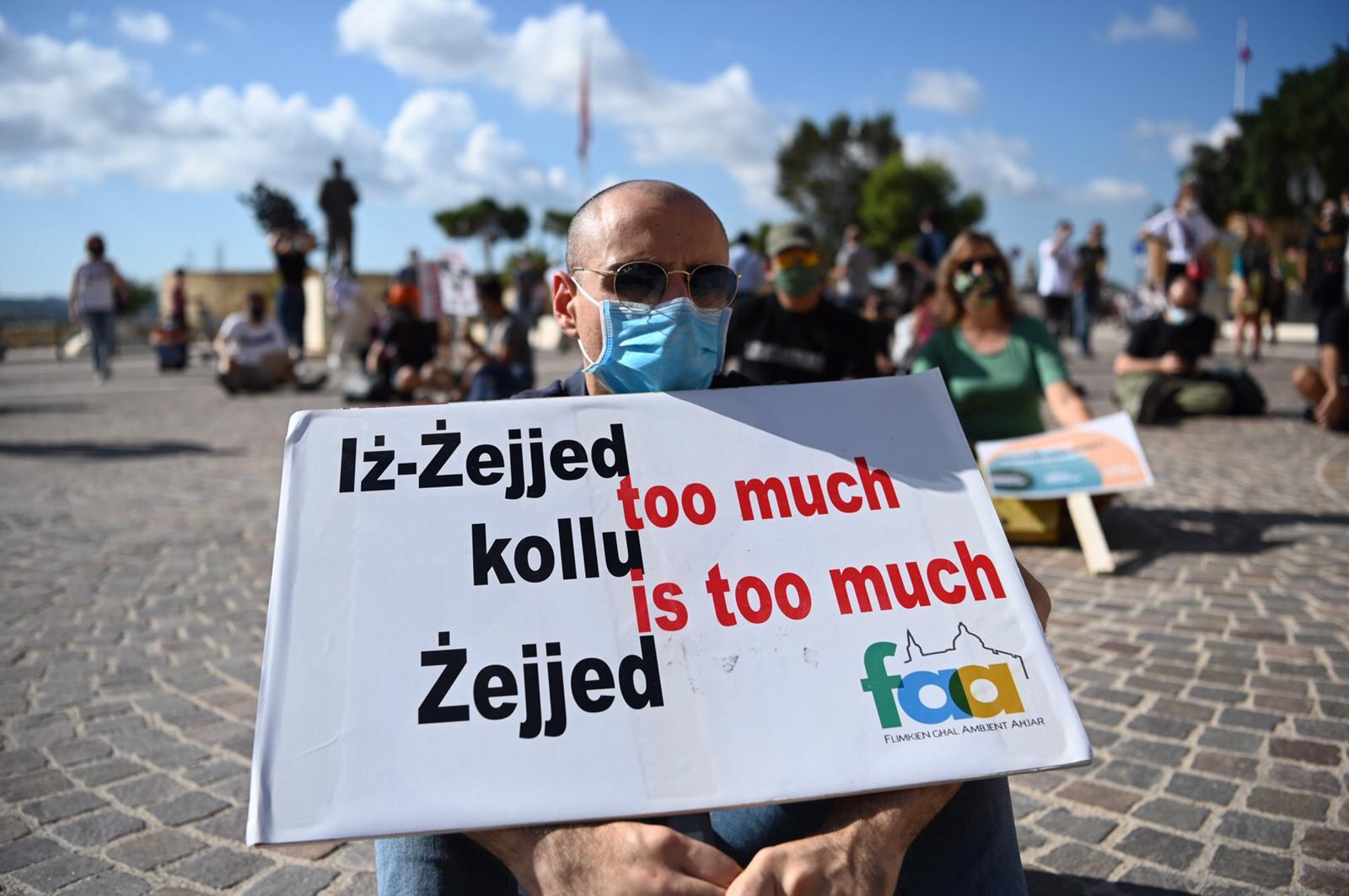 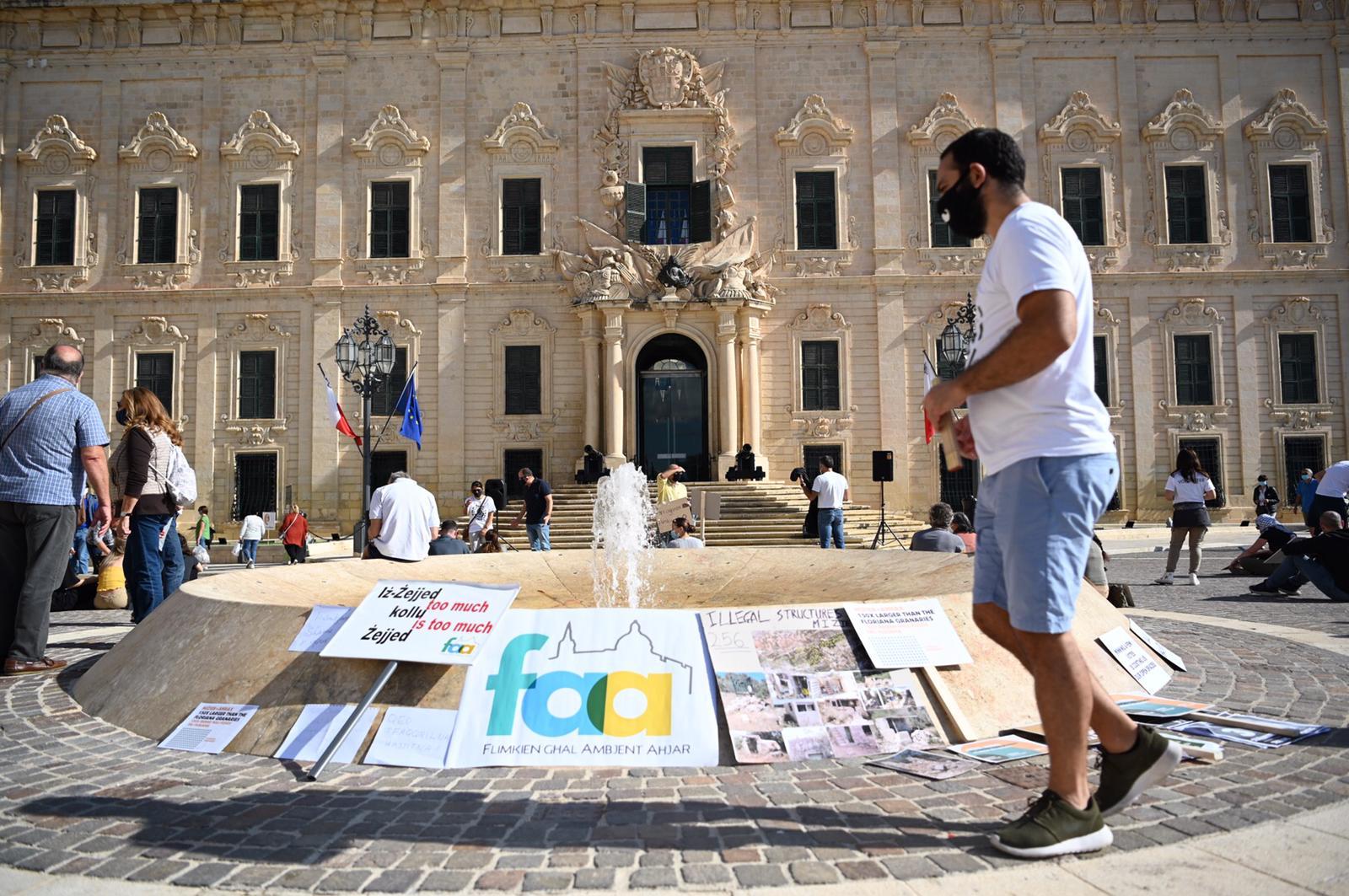 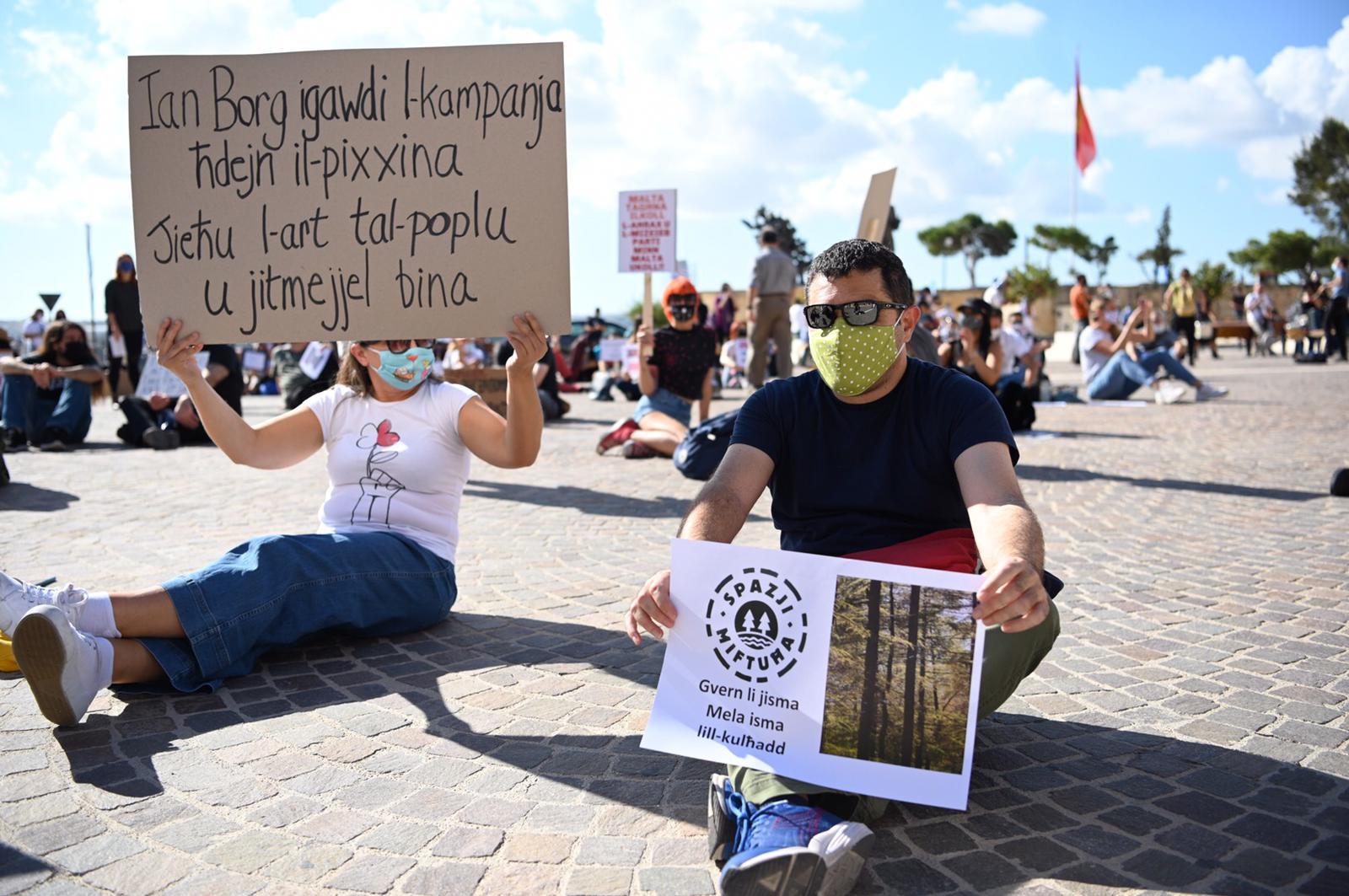 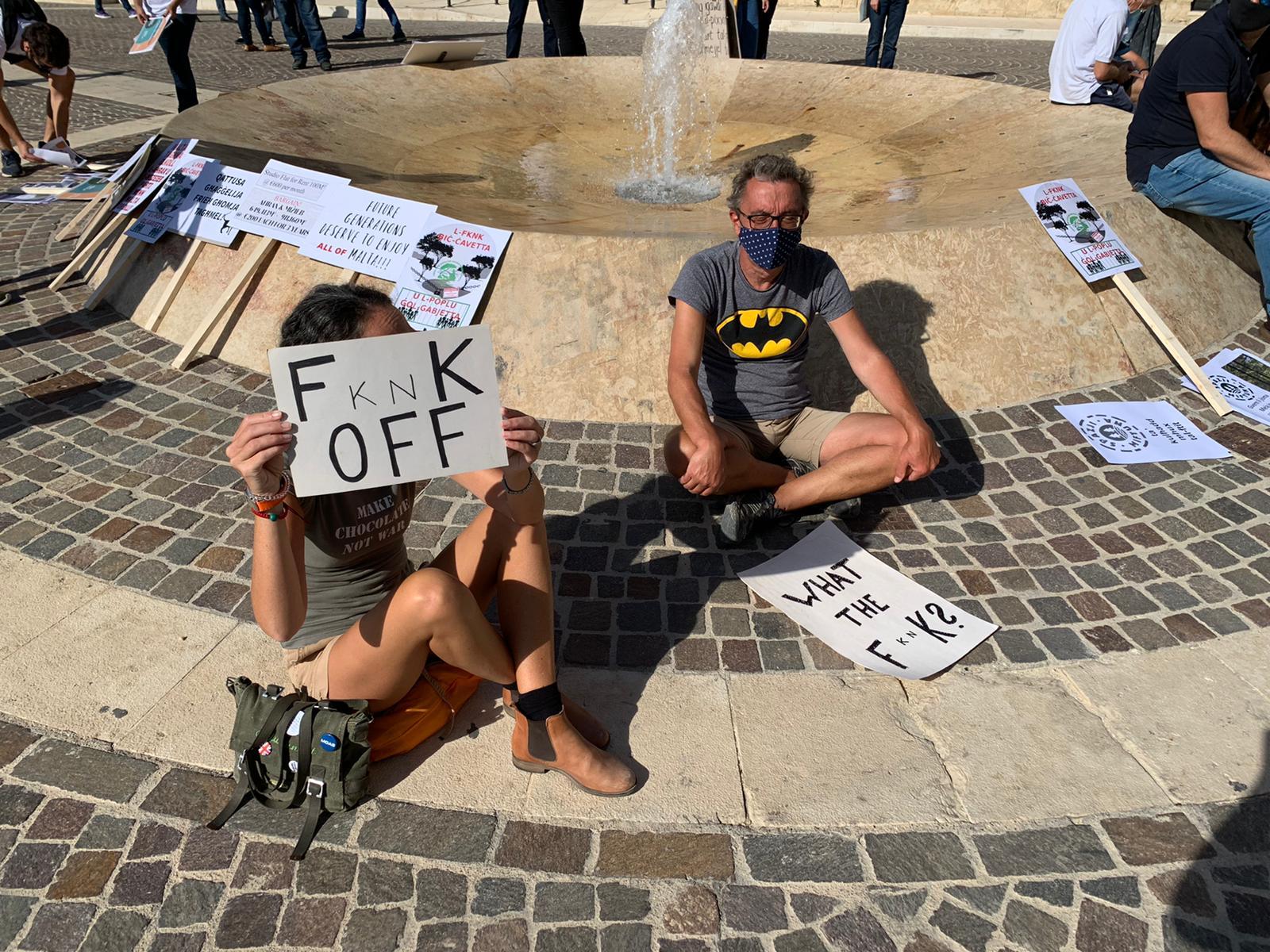 “Every tree, valley or part of the coast we lose is the loss of a place of comfort where ordinary people come to escape from the madness of life,” Micallef said.

She implored the Lands Authority, Planning Authority and Environment and Resources Authority to “do their jobs without prejudice, without counting their votes before making decisions and without fear of being agents for good.” 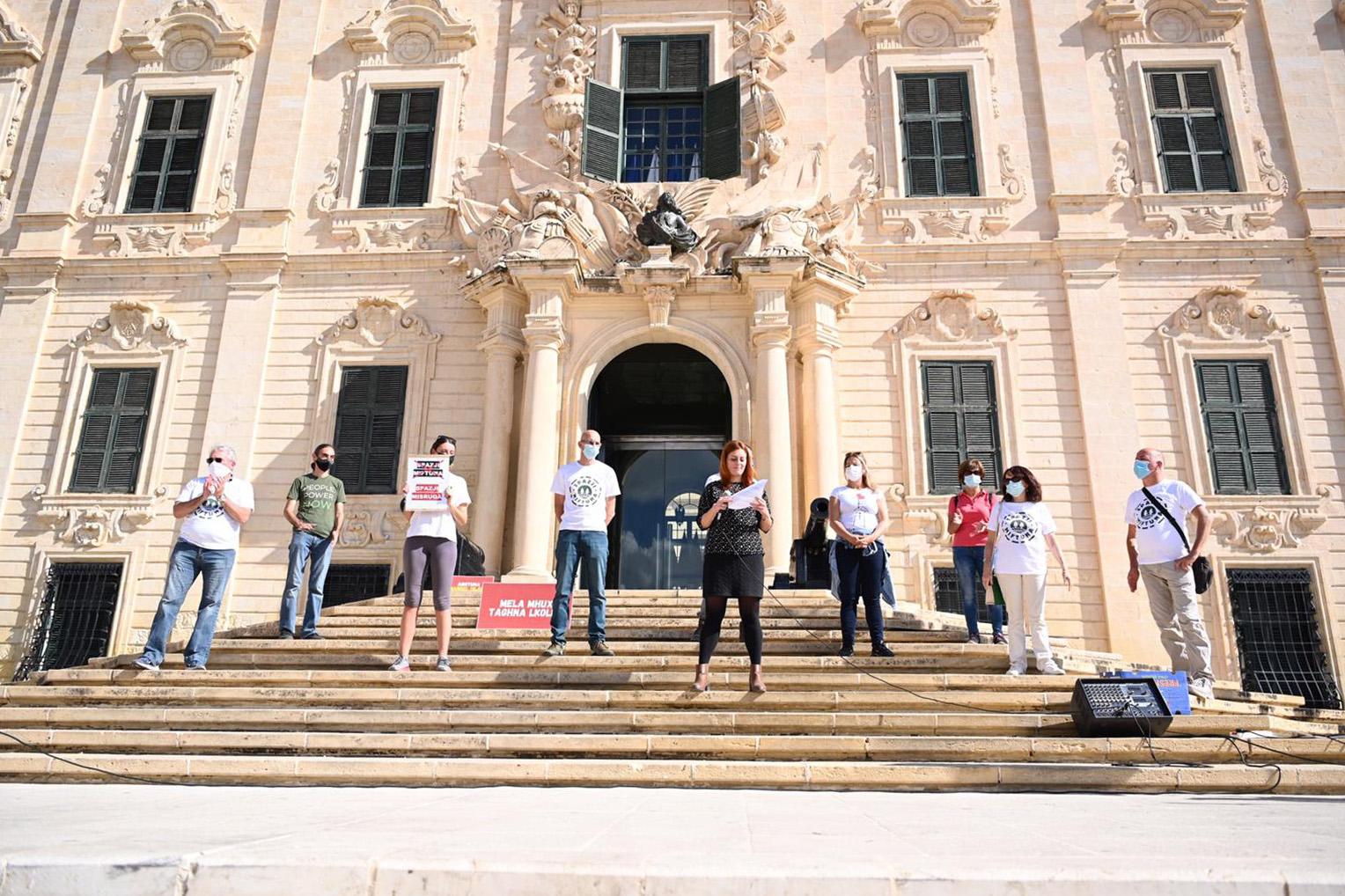 Josianne Micallef delivers her speech on the steps of the Office of the Prime Minister. Photo: Mark Zammit Cordina

“Malta has had a series of governments that appreciate the environment very little and have allowed agenda groups to profit off of them against the public interest,” Micallef said.

“I want a government that understands the importance of open spaces to the public. We hear a lot of talk about our country’s economic gain, but governments should know the difference between economic and monetary gain. Money isn’t everything and neither are votes.”

She said that deals which the government signed with other NGOs to give them management of smaller tracts of land could not be compared to the “obscenity” of the FKNK deal.

“These groups work for the common good, they give to society and expect nothing in return. How can our prime minister not understand how egotistical it is to gift the largest tract of rural land for use of 300 hunters.”

“We cannot be afraid to speak up about the things we don’t agree with,” she said.

Protester Jennifer Pace Hickey told Times of Malta she was there to take a stand.

“It’s not right that one group of people can use these areas while we do not have access. Those places should be open to all Maltese,” she said.

"Everything's being taken away from us," said fellow protester Tamsin, declining to give her surname.

"We can't access Miżieb or Aħrax for nine months of the year, and they've given us tiny picnic areas. Why should we not have access to the whole area?" she asked.