Activists angered by political paralysis in the wake of revelations concerning Daphne Caruana Galizia’s murder braved the wind and rain to protest outside parliament on Monday evening.

Another protest is planned for Wednesday in Valletta. It will once again be organised by civil society NGOs Repubblika, Occupy Justice and blogger Manuel Delia.

Three rows of steel barricades kept protesters a good distance away from the parliament building, as police kept a watchful eye on proceedings.

Prime Minister Joseph Muscat was showered with boos as he exited parliament following Monday evening's stormy session, to be quickly whisked away in his official car.

Other Labour MPs followed a short while behind him.

Opposition leader Adrian Delia told reporters gathered outside parliament that the country was in a "surreal" situation, as he struggled to make himself heard above protesters' cries of "ġustizzja" [justice].

It is the third time civil society gathered in the past six days. Activists first held a demonstration on Wednesday evening, hours after businessman Yorgen Fenech was arrested aboard his yacht in connection with Ms Caruana Galizia’s 2017 murder.

Mr Fenech is linked to the Prime Minister’s chief of staff Mr Schembri and minister Mizzi through a secret company which leaked emails revealed was named as a source of funds for offshore companies the two set up while in office.

The crowd as seen from inside Parliament. 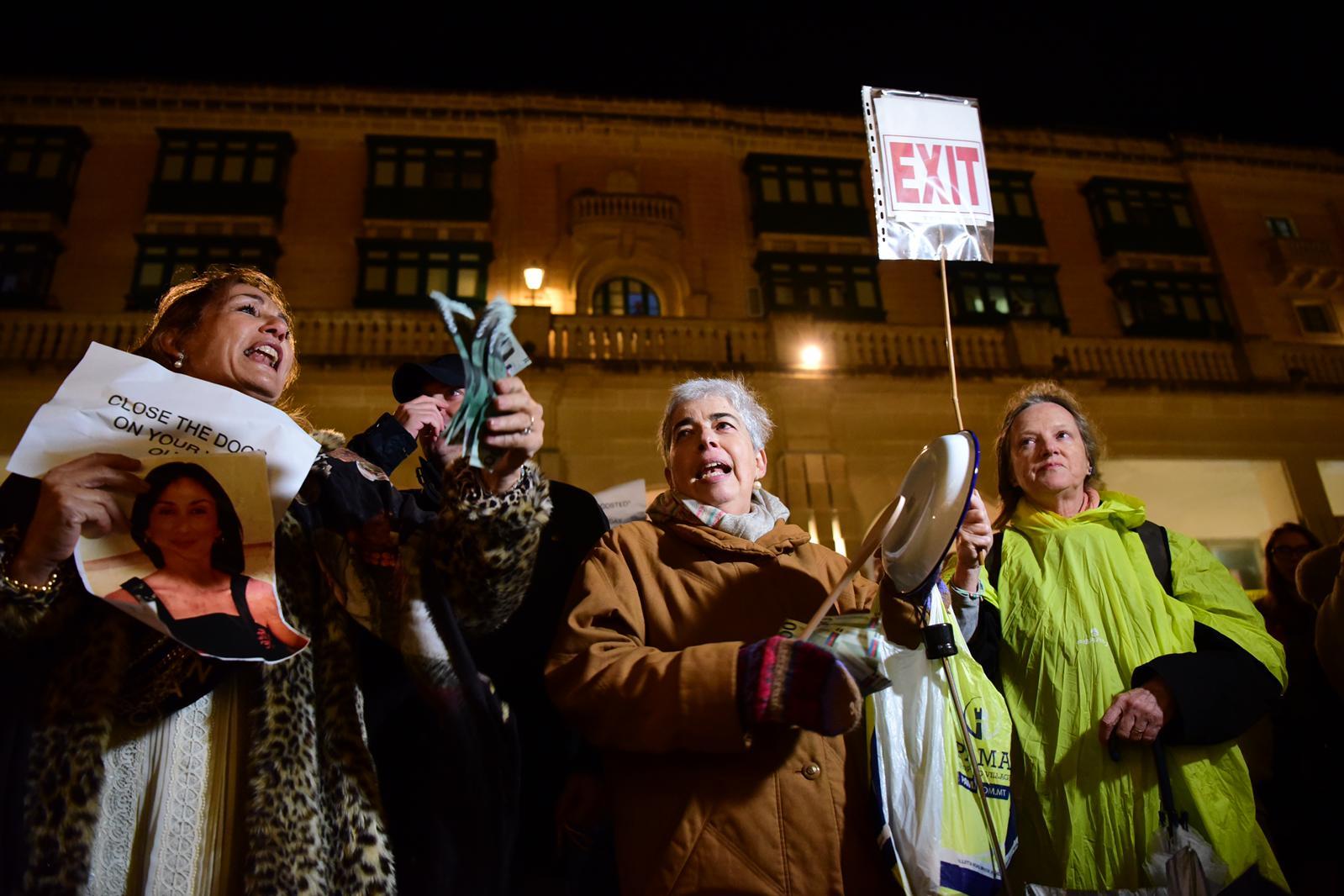 According to the emails, the two companies were due to receive €5,000 a day in funds. Dr Mizzi and Mr Schembri have repeatedly denied allegations of wrongdoing. 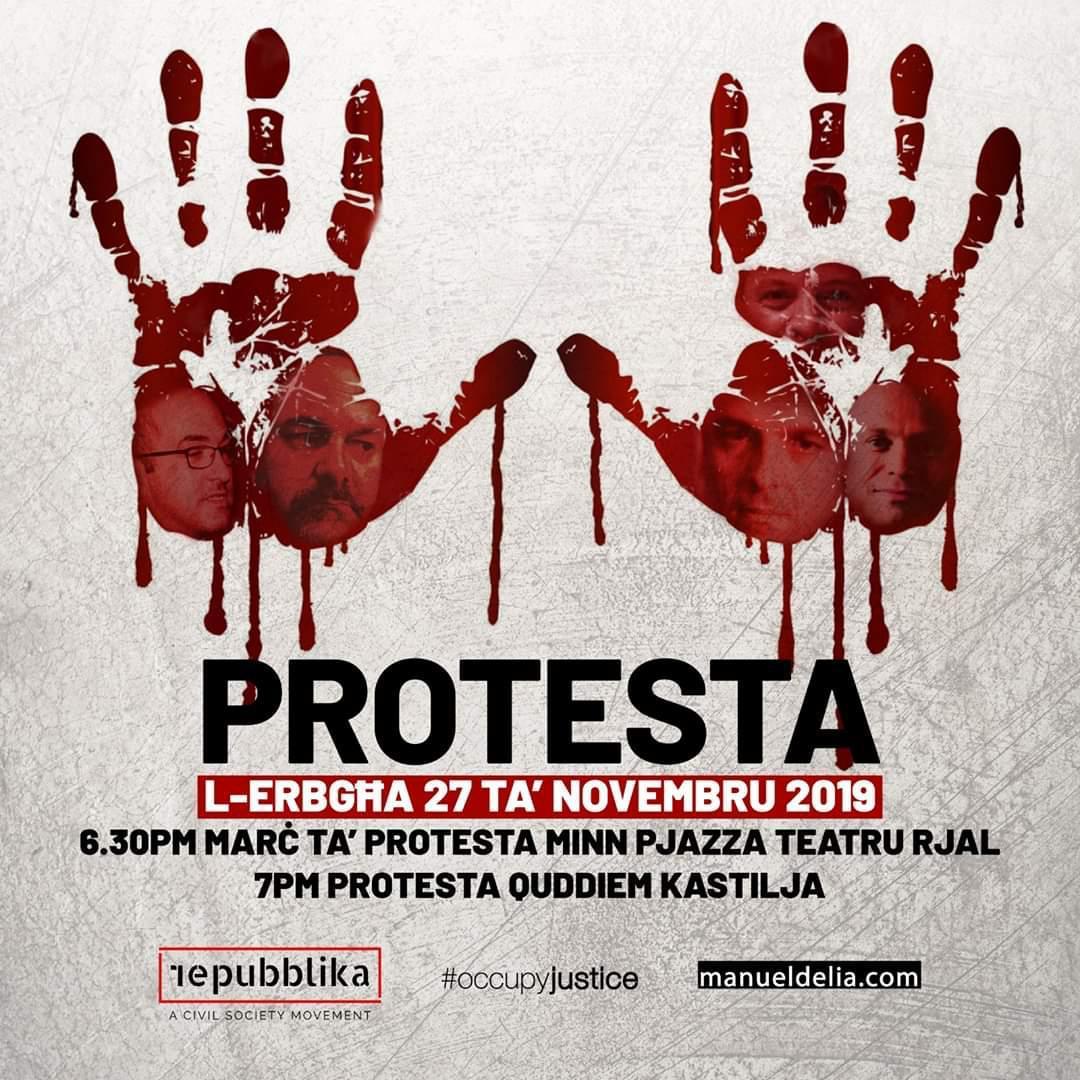