Harold Wilson had coined the term: “A week is a long time in politics”… and that couldn’t be starker in Maltese politics in a week chiselled by protests, resignations, marathon meetings and dramatic events amid the fallout of Daphne Caruana Galizia’s murder probe.

In the last seven days, Tourism Minister Konrad Mizzi and the Prime Minister’s chief of staff Keith Schembri resigned three years after it was revealed years ago they had opened secret accounts with the man who is now suspected of being behind the murder.

The alleged mastermind Yorgen Fenech was denied a Presidential pardon, which he says would expose people further up the chain. Meanwhile, thousands have taken to the streets in anger, demanding resignations and arrests.

This summary of the last week should get you up to speed. 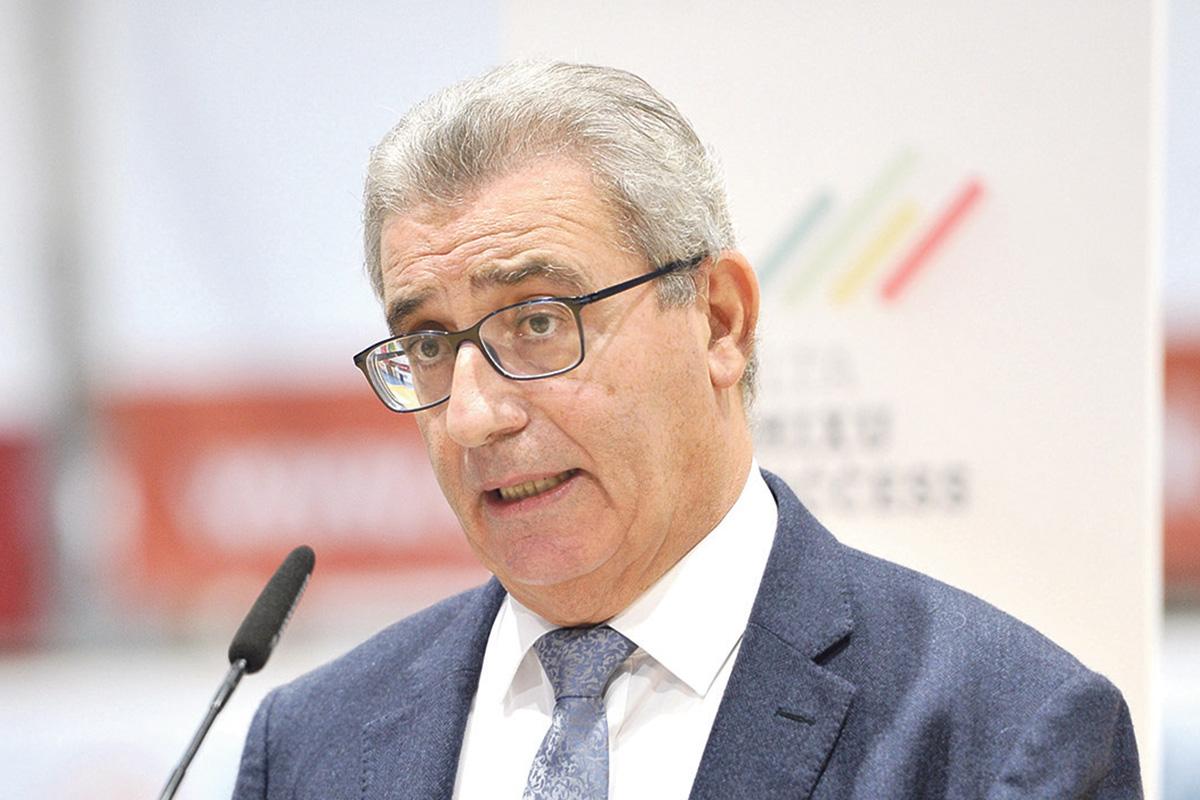 The vast majority of Labour MPs and ministers tell Times of Malta they would be telling the Prime Minister Keith Schembri and Konrad Mizzi had to go during a Cabinet meeting.

The former Nationalist Party leader Simon Busuttil calls for the immediate arrest of Mizzi and Schembri.

Mizzi says he will continue to fight on despite the calls for his resignation.

Deputy Prime Minister Chris Fearne tells Times of Malta that those involved in the murder had caused “almost irreparable” damage to the country’s reputation. 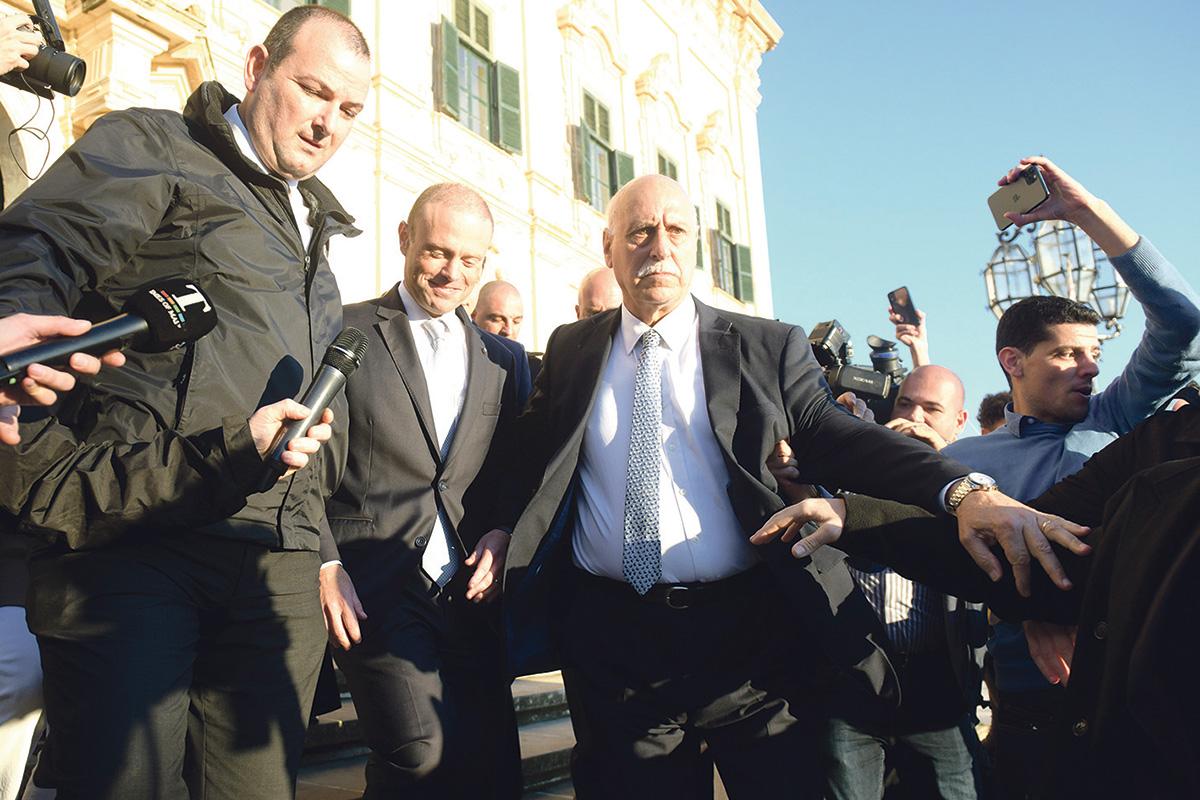 Prime Minister Joseph Muscat is escorted from Castille to Parliament.

Tourism Minister insists he has nothing to do with Caruana Galizia murder investigation. He is never questioned.

Schembri is seen in public and refuses to comment to the media.

He is later taken for police questioning before the media learns he has resigned from his post. This follows reports that businessman Yorgen Fenech had told investigators he had incriminating evidence about him.

Investigators discover Fenech and Schembri regularly spoke on the phone, with one of the last calls the businessman made before his arrest being to the now former chief of staff.

Tourism Minister resigns from post but to stay on as MP.

“I felt it my duty in the context of current political circumstances to resign in loyalty to the people, the PL and the Prime Minister. I want to make it clear once more that I have had no association, directly or indirectly with 17 Black or Yorgen Fenech,” he says. 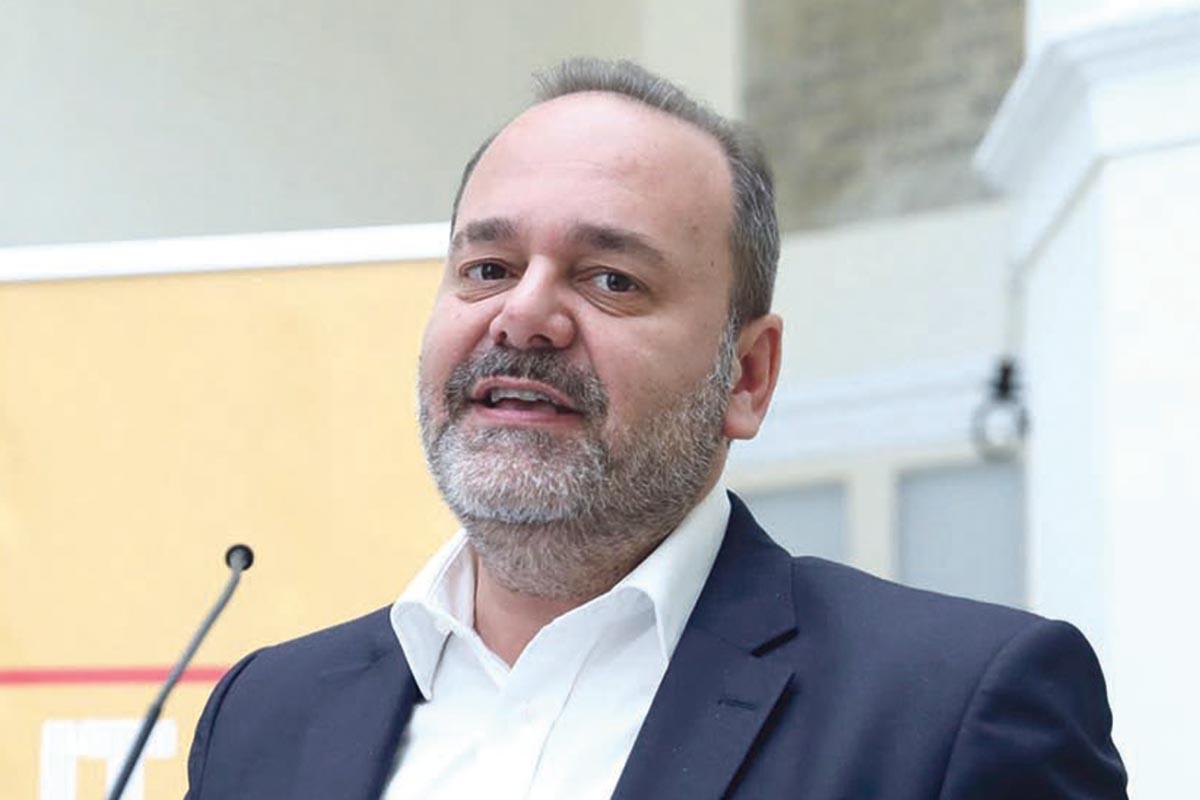 Economy Minister Chris Cardona says he is “suspending” himself until ongoing investigations are concluded. Legal experts say suspending himself was constitutionally impossible.

Yorgen Fenech released on police bail for third time and continues to seek a pardon in exchange for information.

Labour MPs and ministers are quickly whisked to their cars under a hail of eggs, coins and carrots. At one point, the crowd begin to push down the barricades to force their way closer to the exiting MPs.

Schembri is under arrest along with Fenech’s doctor Adrian Vella. Vella is suspected of passing messages to Fenech from Schembri.

Fenech pins Caruana Galizia’s murder on Schembri during questioning. Fenech is arrested for a fourth time.

The Caruana Galizia family request an urgent meeting with the Attorney General over Fenech’s pardon request.

Opposition MPs walk out of Parliament.

Student protestors stage a peaceful sit in at the War Memorial roundabout and stall traffic. They continue to call on the Prime Minister to resign. 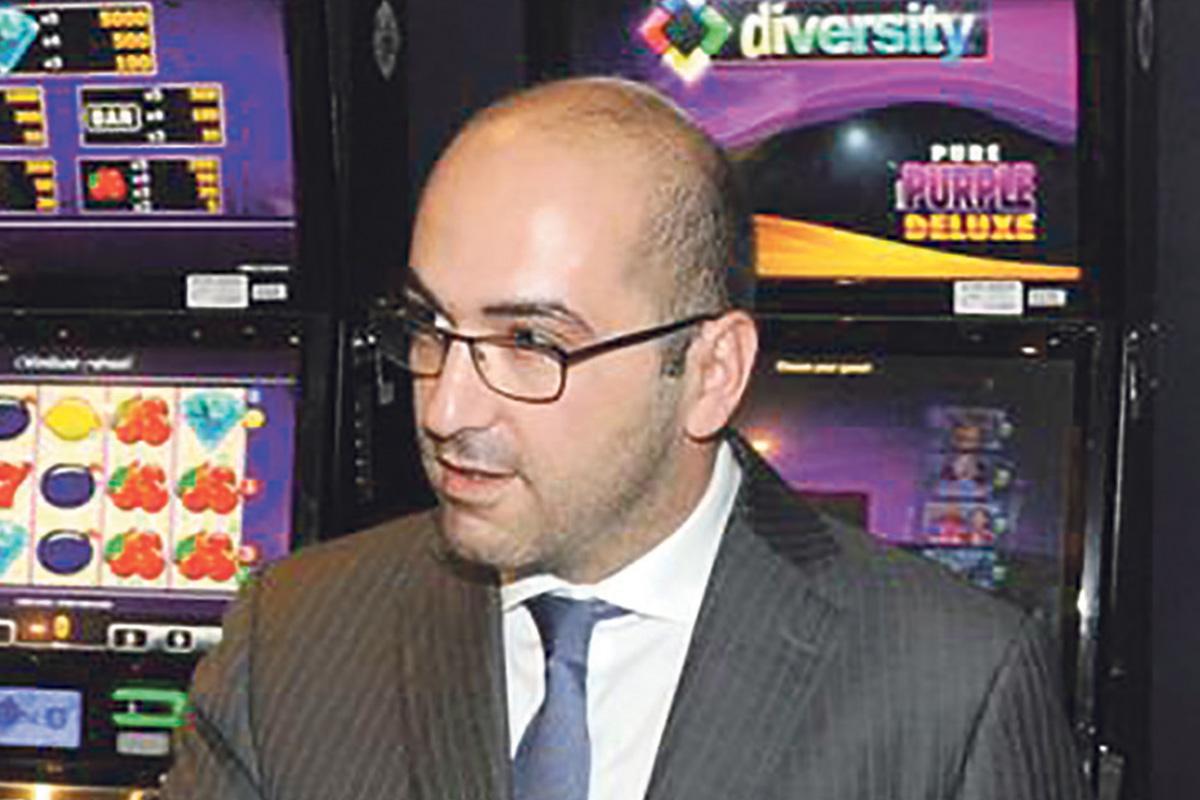 Phone recordings suggest the three men who carried out the murder received €150,000.

The figure was mentioned several times during recordings of phone calls between the two men and was also cited during separate interrogations.

In an exclusive story, Reuters reveals that a rifle was the first option for the journalist’s assassination. Suspect Vince Muscat’s wife says the rifle and telescopic sights were bought from Italy by the plotters and that Alfred Degiorgio was supposed to fire the weapon.

She criticises why Theuma should be given the pardon when her husband had helped police. “He is the one who should be pardoned,” she said. 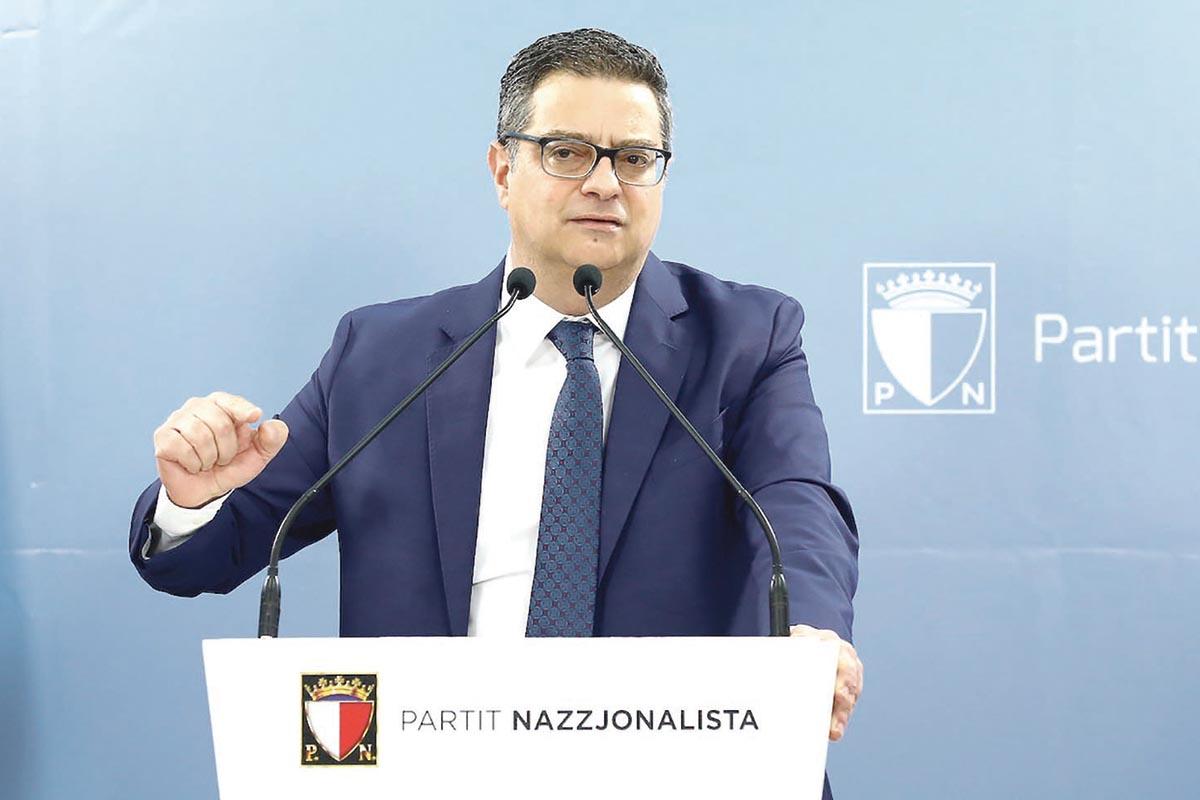 Nationalist leader meets with the President.

In a Facebook video, Adrian Delia reiterates his appeal to the PM to resign immediately for the good of the country.

Investigations show that both the Prime Minister and Mr Schembri, who was now under arrest, attended Secret Services meetings.

Fenech calls for lead investigator Keith Arnaud to be removed from investigation on grounds he has “close ties” with Schembri.

Fenech leaves court after asking for a presidential pardon to reveal all he knows about people ‘close’ to the PM. He names Chris Cardona, Konrad Mizzi and Keith Schembri.

The police said there was “absolutely no basis” why Arnaud should be removed from the case.

A stormy late night Cabinet meeting at Castille discussed Fenech’s request for a presidential pardon as well as the leadership crisis.

After a marathon long Cabinet meeting, the PM announces that Fenech has been denied a pardon by Cabinet. He says he left the room to allow ministers to decide without him present.

Fenech had also written to the President asking for a pardon in exchange for information he has about people ‘close’ to the Prime Minister.

Fenech is released on bail for the fifth time and files an injunction to stop the investigation being carried out by Insp. Arnaud. He cannot be charged with anything until the court decides on the injunction.

“I fear for my life, I’m ready to go all the way for justice to prevail and the truth to come out,” he tells reporters as he walks out of court without tight security.

Adrian Delia calls on the Prime Minister to resign in order to “restore normalcy in our country”.

Times of Malta reports that Joseph Muscat had informed close associates that he would resign as soon as Mr Fenech is arraigned for murder.

Prime Minister sends statement to the police telling them that he was being blackmailed by Fenech.

He said that unless he supported a pardon, Fenech would give testimony that he had two telephone calls with him months ago.

Times of Malta reveals that Cabinet ministers expressed concerned that Schembri and Fenech were plotting to “frame” Chris Cardona for the murder.

Schembri later tells Times of Malta he would never do anything to implicate any colleagues in wrongdoing, on the contrary he has always protected them.

Protesters gather outside Castille for the sixth protest in 10 days. 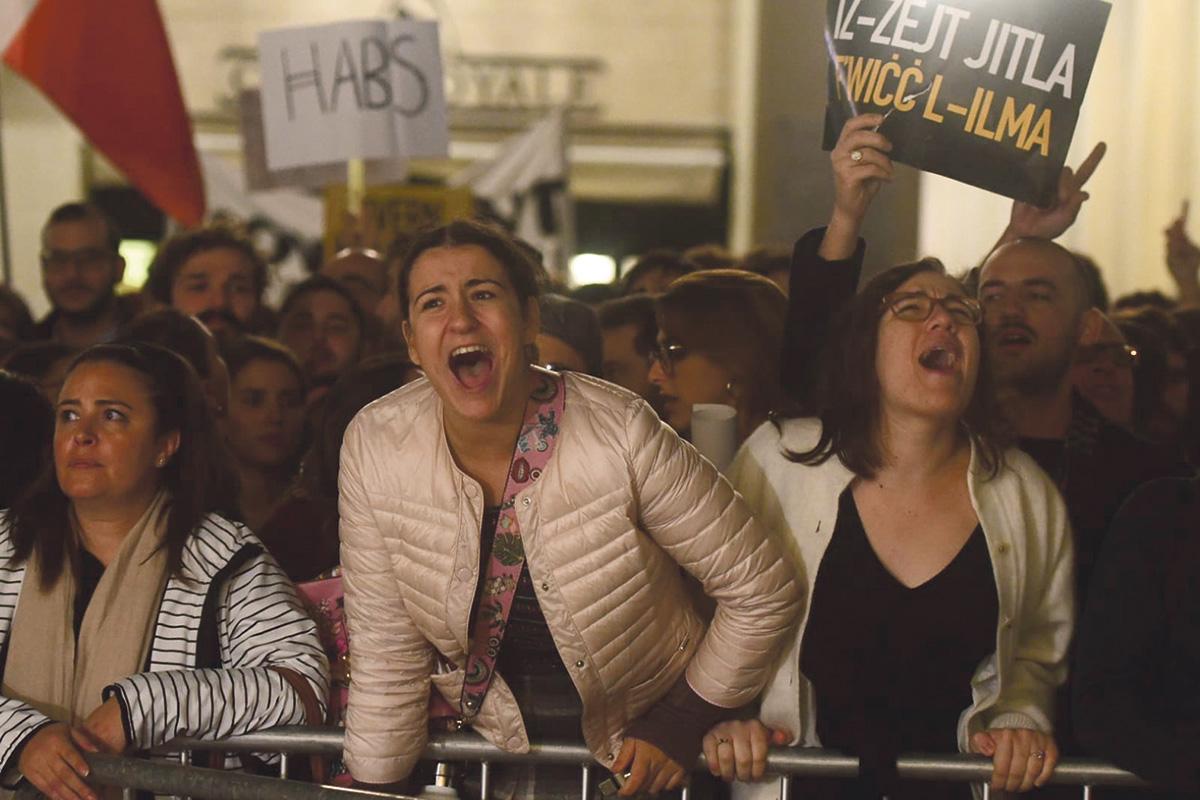