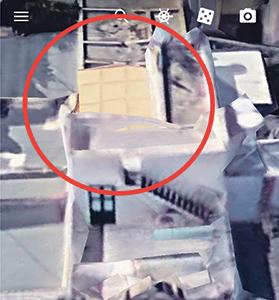 The veranda (circled) built at the Home Affairs Minister’s private residence in Żejtun by government employees, as seen on Google maps.

Public employees at the Home Affairs Ministry were instructed to build a wooden structure to serve as a large veranda on the roof of the minister’s private residence in Żejtun.

The Sunday Times of Malta is informed that the work, on government paid time, took place in the spring of 2015 and was coordinated by Melanie Abela, wife of now Foreign Affairs Minister Carmelo Abela.

Information received over the last few months shows that at least two employees from his office at the time were involved directly in the manufacture and installation of the structure. Top officials at the ministry were aware what was going on.

The two government employees, one of them a carpenter, went to the minister’s residence in Żejtun several times to take the necessary measurements for the veranda and then to carry out the installation during the time they should have been performing public duties.

The Sunday Times of Malta also discovered that the manufacturing was done by the government carpenter at his workshop in Qormi, also during regular office hours.

On all occasions when the ministry’s employees were at the minister’s private residence, his wife, Melanie, was coordinating the project.

The Sunday Times of Malta is also informed that the minister only paid for the material purchased to produce the structure and passed the money on to the government employees involved.

'I have to check'

Confronted over this information on Saturday, Mr Abela said that he did not know who had constructed the veranda. He refused to be recorded on video.

“I have to check as I don’t know who did this work,” he said, visibly uncomfortable.

“I have to check and come back,” he said. 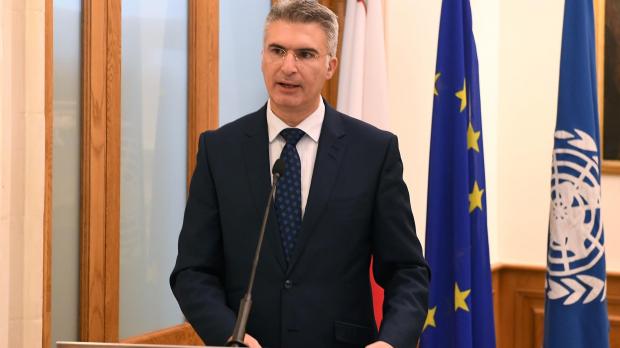 When confronted with the claims, Carmelo Abela declined to be recorded and said he would 'have to check' about the work. Photo: DOI/Pierre Sammut

At the same time, he suggested that the employees could have been on vacation leave.

This newspaper is reliably informed that the government employees built the veranda during the time they should have been on government work and they were, in fact, not on leave.

The Sunday Times of Malta has been informed of other occasions where government employees were asked by the minister and his wife to do other small jobs at their residence during office hours. The newspaper has details of the work and when it was carried out.

When it was pointed out to Mr Abela yesterday that this incident was a clear sign of abuse of power and in a normal country should result in a resignation, he repeated: “I will have to check.”

Mr Abela was given his new portfolio by Prime Minister Joseph Muscat after the last general election.

'Worker came on a Saturday... from what I can confirm' - minister

In a statement issued on Sunday through the Foreign Affairs Ministry, minister Abela did not deny that he used public employees to install the veranda at his house.

Dr Abela described the veranda as a "small" and "temporary" structure and said he had paid "the amount requested", without providing any further details.