Japanese artist Yayoi Kusama grew up among plants; walking through her grandfather's vast nursery as a child she first saw the pumpkins that would come to define her work.

Now, the 92-year-old's sculptures stretch across the 250-acre (100-hectare) grounds of the New York Botanical Garden in the Bronx in a major exhibition that was delayed by a year because of the pandemic.

KUSAMA: Cosmic Nature, was due to open in March 2020 following years of preparation and will finally welcome visitors, beginning Saturday, as cultural life gradually returns to New York City. 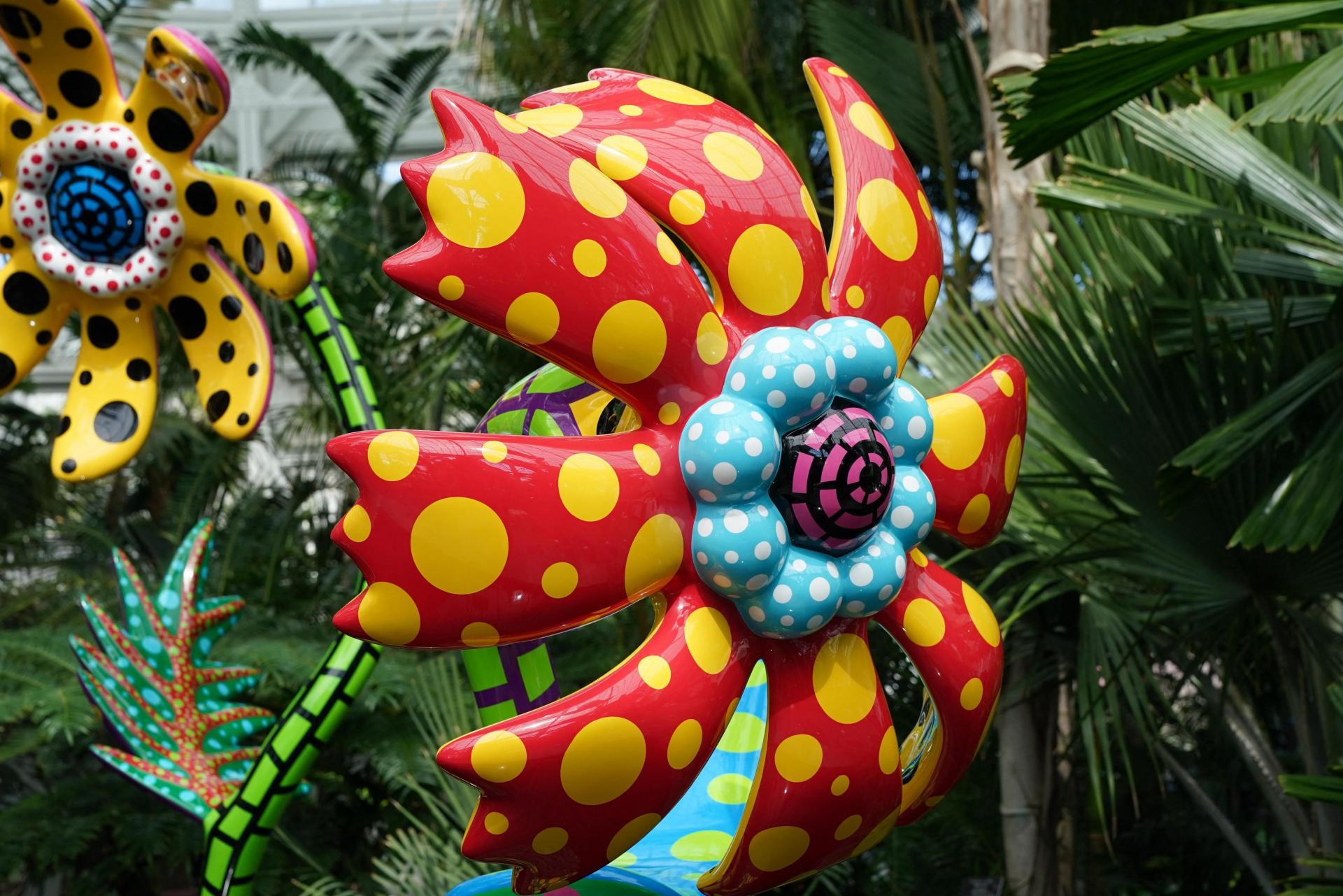 ‘My Soul Blooms Forever (2019)’ on display during the ‘KUSAMA: Cosmic Nature’. Photo: Timothy A. Clary/AFP

"It's not just big pumpkins and big flowers," explains Karen Daubmann, vice-president of exhibitions at the garden.

"It's really looking at the life of an incredible artist and her roots in the natural world."

From Kusama's first drawings of flowers and leaves to her more recent series My Eternal Soul, the exhibition traces her progression as an artist through her love of plants, a permanent source of inspiration and self-analysis, according to exhibition curator Mika Yoshitake.

An example of this is Self-Portrait, which resembles the blackened center of a sunflower. 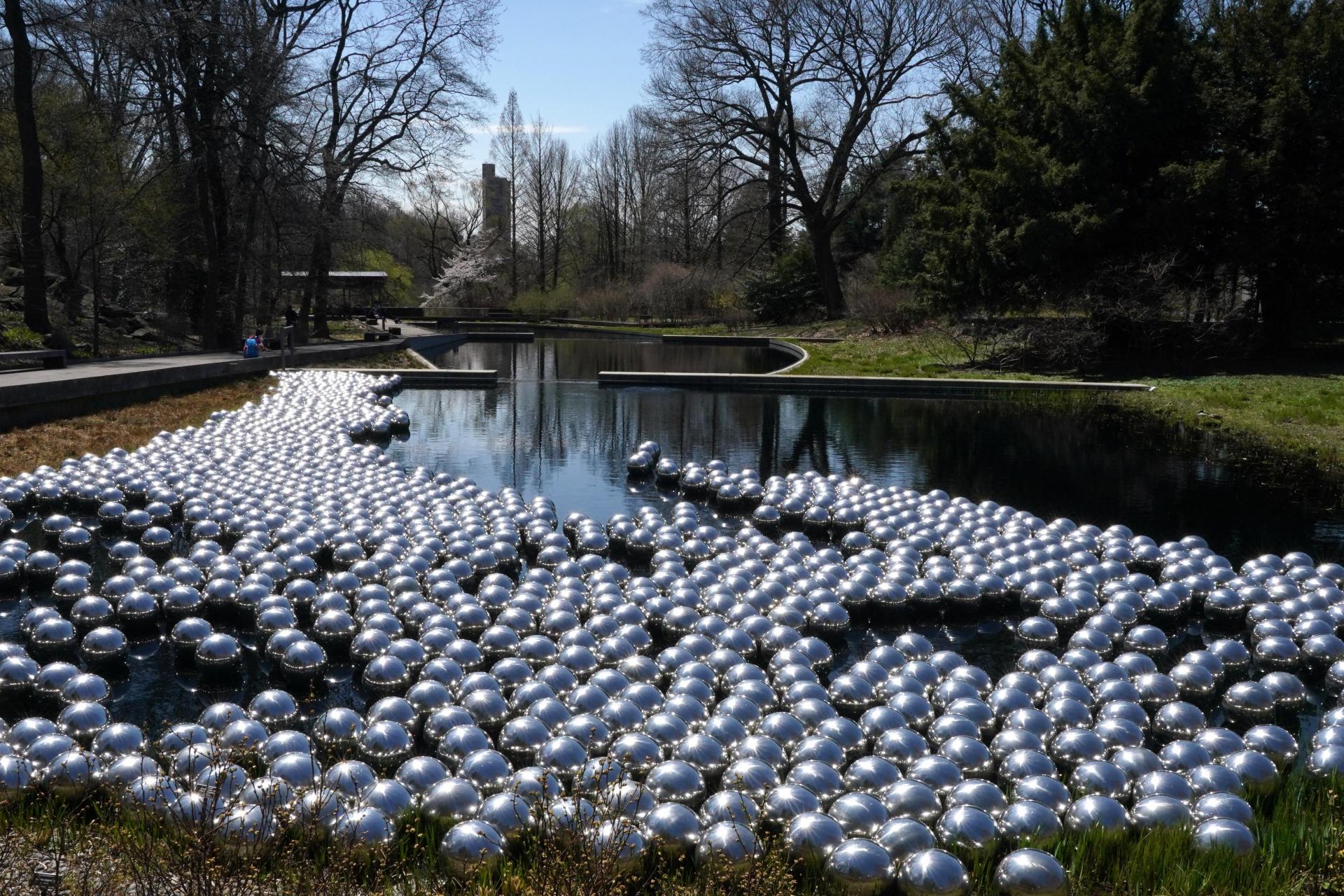 ‘Narcissus Garden’, made up of 1,400 reflective spheres. Photo: Timothy A. Clary/AFP

"She grew up with fields of flowers, peonies, zinnias, pumpkins. Her first memories are walking through it with her grandfather and that's why there's so many botanical images," said Yoshitake.

Her later memories were more tormented: artistic talents impeded in adolescence by her parents and then 15 years of living as an immigrant in the United States, mostly in New York.

Kusama, an admirer of American modernist painter Georgia O'Keeffe, struggled to establish herself in a male-dominated art world and a post-war America where anti-Japanese sentiment was rife.

But for the avant-garde Kusama, whose art has been heavily influenced by bouts of hallucinations and mental illness, nature is also a world full of colors and joy, exemplified in her giant Dancing Pumpkin sculpture created specially for the Bronx exhibition. 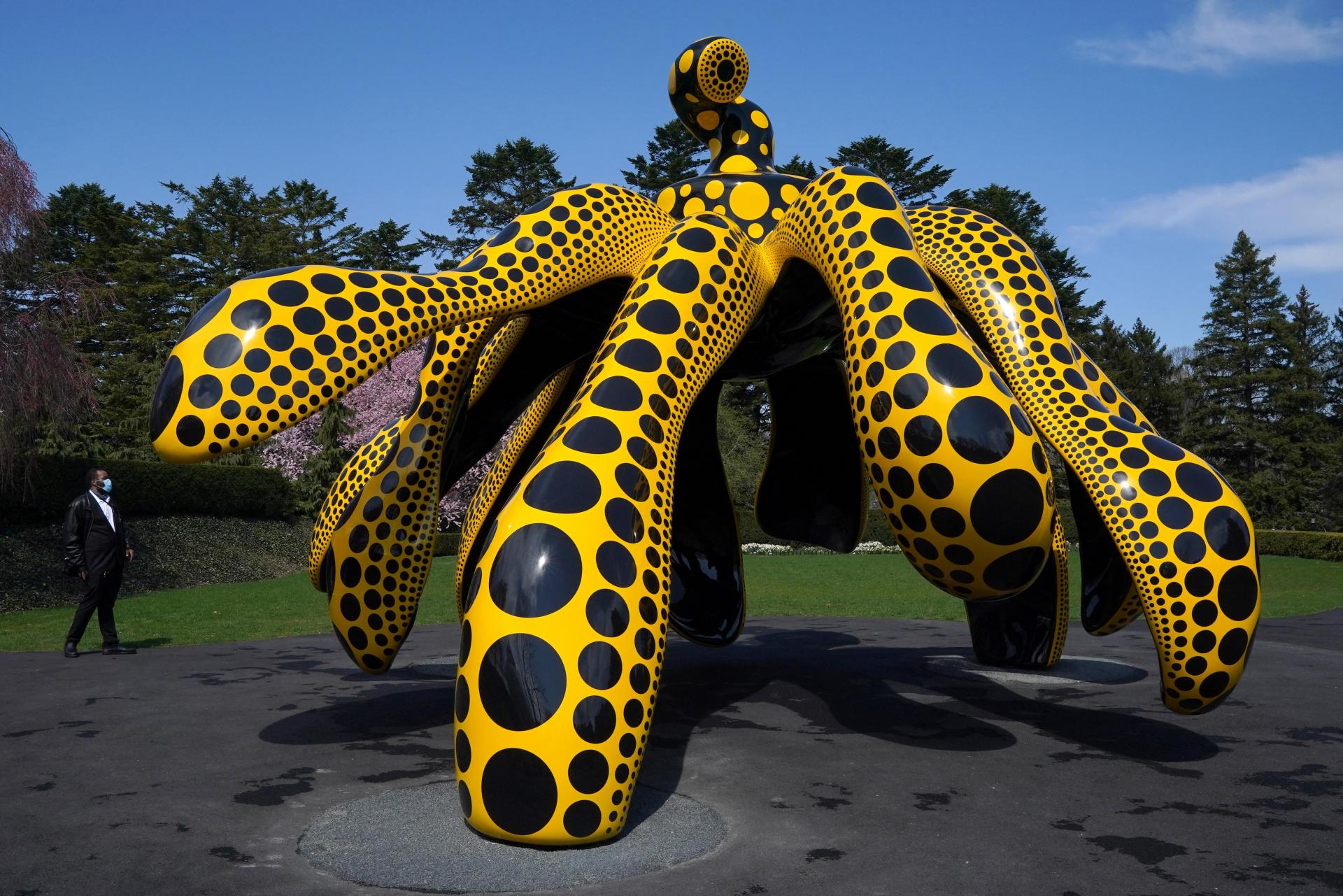 The pumpkin's "tentacles" are covered with polka-dot patterns characteristic of Kusama's work. These symbols of sun and energy, according to Yoshitake, have helped make the nonagenarian one of the most Instagrammable artists on the planet.

Daubmann describes the exhibition as "colourful" and "fun" and hopes it will break attendance records, as was the case with earlier Kusama exhibitions, most notably at the Cleveland Museum of Art in 2019.

If the photos already posted online by the first visitors are anything to go by then its success, on social networks at least, seems assured. 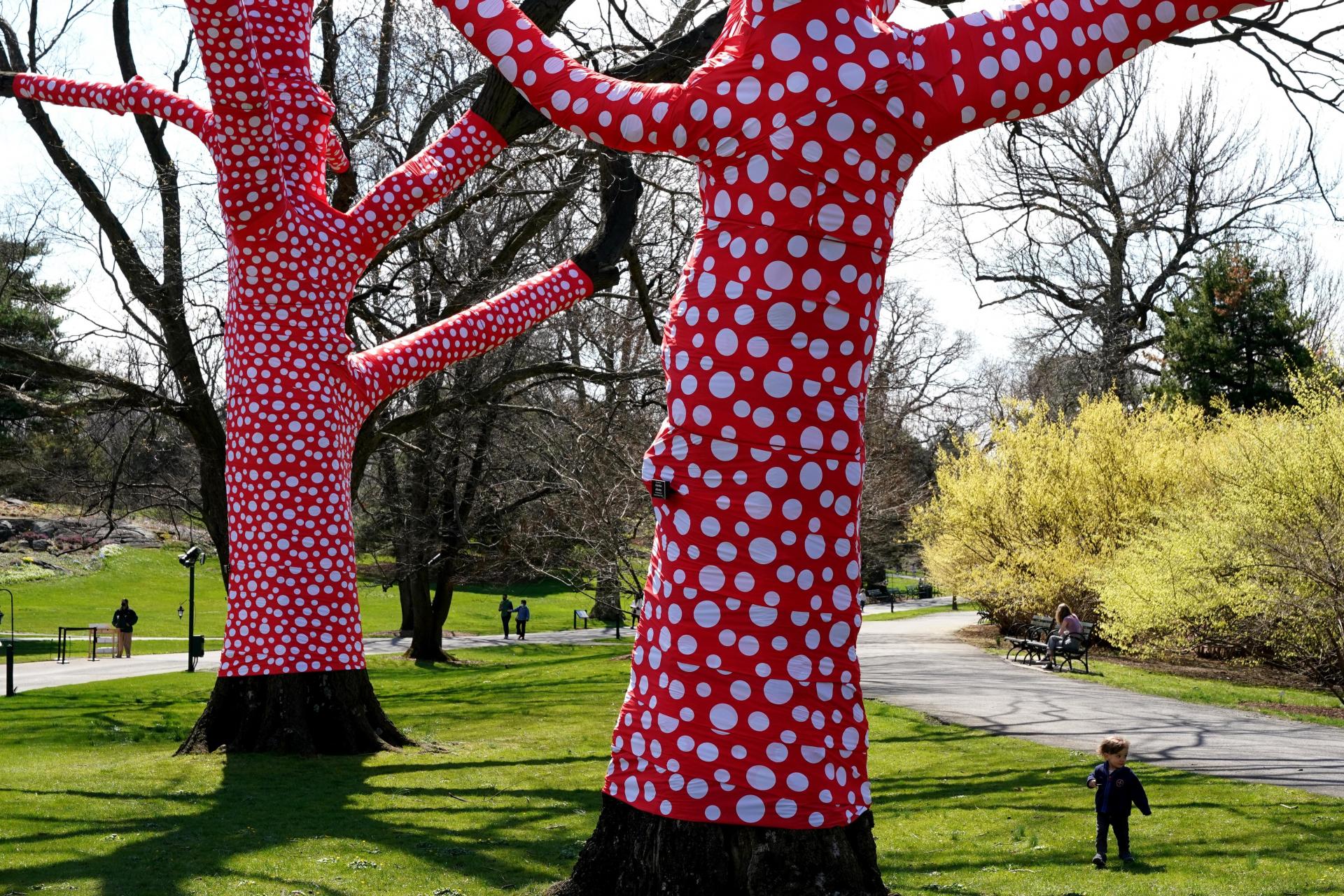 The reflecting steel orbs of her Narcissus Garden roll slowly in the New York wind, 55 years after she first exhibited them, without authorisation, in front of the entrance to the Venice Biennale.

Kusama, who since 1977 has voluntarily lived in a psychiatric hospital in Tokyo, will not travel to see the exhibition, which runs until October 31.

She is in a wheelchair and hardly leaves home, according to Yoshitake, but continues to paint daily, in particular to feed the My Eternal Soul series and produce canvases, some of which are part of the exhibition.

"It's been a rough year and no one's really felt inspired," said Daubmann. "I hope that everyone's inspired by this exhibition."